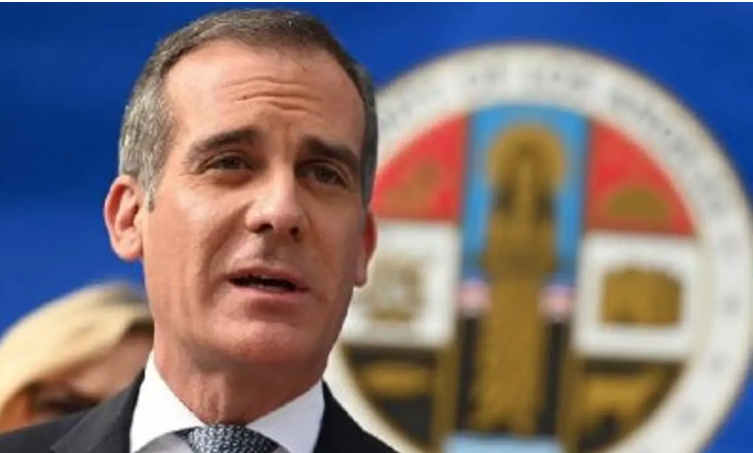 LA WATCHDOG--Matthew Garza, a 23 year veteran of the Los Angeles Police Department who served on Mayor Eric Garcetti’s Security Detail for over six years, has filed a complaint in Superior Court against the City of Los Angeles in which he alleges sexual harassment and a hostile work environment.

In his lawsuit, Garza claims that Rick Jacobs, a former Executive Vice Mayor (2013-2017) under Garcetti and a longtime political advisor to the Mayor, made “sexually inappropriate comments” and engaged in “long, tight hugs” that were not appreciated by Garza. This created a hostile work environment.

In June, as a result this hostile work environment, Garza refused to continue as a member of Garcetti’s Security Detail, resulting in the loss of rank, a 5% cut in his base salary, $20,000 a year in overtime, and other privileges and benefits.

Of course, Jacobs denied the allegations (“pure fiction”) and Garcetti “unequivocally did not witness the behavior that Officer Garza alleges.”

Supporters of the Mayor have stated that this lawsuit is frivolous and payback by the Los Angeles Police Protective League for Garcetti’s support for cutting the Police Department’s budget by $150 million.

But this lawsuit is anything but frivolous.  Garza has retained Greg Smith, an excellent lawyer who has won numerous cases against the City.  He has been described as the City’s worst nightmare.

As this case works itself through the courts, Smith is relishing the opportunity to depose Jacobs and Garcetti, both of whom will be under oath, subject to charges of perjury if they do not tell the truth.  And, for once, political posturing will not fly.

On the other hand, staffers in Garcetti’s office will also be subpoenaed. They had “apologized to Garza for Jacobs’ harassing conduct and comments” and referred to Jacobs as a “pig.”

Imagine the storm if the staffers and others contradict the sworn testimony of Mayor Garcetti and Rick Jacobs.

City Attorney Mike Feuer and Budget and Finance Chair Paul Krekorian are in a difficult position because they are protective of the City’s purse. On the other hand, Mayor Garcetti wants this litigation to go away, regardless of the price, so he and Jacobs can avoid being grilled by the skillful Greg Smith and being exposed to possible charges of perjury. Other embarrassing issues might also surface during the depositions, including Garza spilling the beans about other sensitive topics that might result in embarrassing disclosures.

There is the issue who pays for the City’s lawyers and any settlement which will include the loss of compensation, attorneys’ fees, and damages.  Should the City and its taxpayers foot the bill for Mayor Eric Garcetti?  After all, he was responsible for creating a hostile work environment because he failed to call out Jacobs’ inappropriate behavior.

No, our cash strapped City and its beleaguered taxpayers should not be on the hook for the expenses of this litigation.  This belongs to Mayor Eric Garcetti and Rick Jacobs, his friend and longtime political advisor.

(Jack Humphreville writes LA Watchdog for CityWatch. He is the President of the DWP Advocacy Committee and is the Budget and DWP representative for the Greater Wilshire Neighborhood Council.  He is a Neighborhood Council Budget Advocate.  He can be reached at:  [email protected].) Graphic credit: The Real Deal.