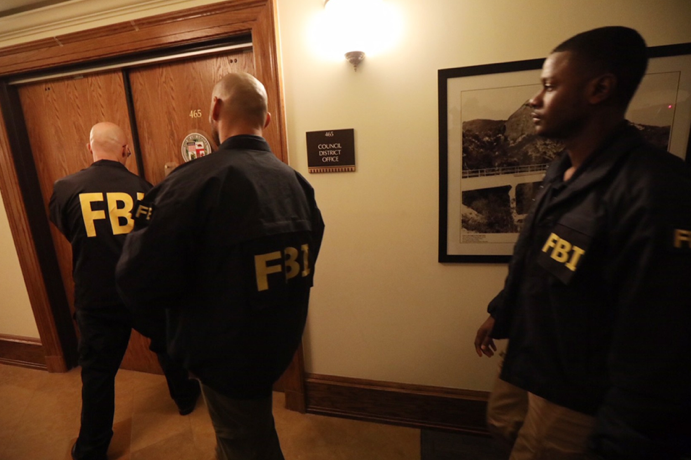 Councilman Jose Huizar has also been identified as the leader of a “corrupt enterprise” and former Deputy Mayor Ray Chan has been implicated as member of the conspiracy.

And then we have the complicit real estate developers, including two Chinese billionaires who are alleged to have bribed Huizar.

But throughout this corrupt pay-to-play scandal that has been enveloping City Hall since November of 2018 when the FBI raid the offices and home of Jose Huizar, the Mayor and the City Council have treated Huizar related corruption as an isolated incident of which they had no knowledge.

But that is crock of you know what. How could they not know?

The Councilmembers and the Mayor have been feasting on the real estate developers’ dime for years, whether it is through campaign contributions and the control of community benefit slush funds. They have recommended consultants and lawyers that developers must hire to expedite their projects worth tens of billions through the City’s byzantine planning process.  They also earned the loyalty of the building trades by forcing developers to enter into project labor agreements that require the payment of the prevailing wage.  They also recommended their favorite contractors, subcontractors, and small and minority business enterprises.  All for their own benefit and often times not in the best interests of Angelenos.

On May 19, David Ryu introduced a motion, Limiting Unilateral Influence in Development Decisions (Council File 20-0609, to place a measure on the November ballot to amend the City Charter that would remove Section 245(e) [see below] from the City Charter and to “eliminate the ability of the City Council to overwrite the actions of the planning commissions and instead align the City Council’s oversight of planning commission decisions with the authority and process in place with all other City commissions.”

But this effort to “limit opportunities for corruption and reduce the discretionary land use powers exercised by the City Council for individual site-specific development projects” has gone nowhere.  There have been no committee meetings, even though the first deadline for placing the measure on the ballot is June 25, less than two weeks from today.

Some might say that the failure of Nury Martinez and the rest of the City Council to follow up on Ryu’s motion to limit corruption is a sin of omission.  But no, it is a conscious decision, a sin of commission by all of the members of the City Council.

(c)   Effect of Veto.  An action vetoed by the Council shall be remanded to the originating board, which board shall have the authority it originally held to take action on the matter.

(d)   Exempt Actions.  The following actions are exempt from Council review under this section: