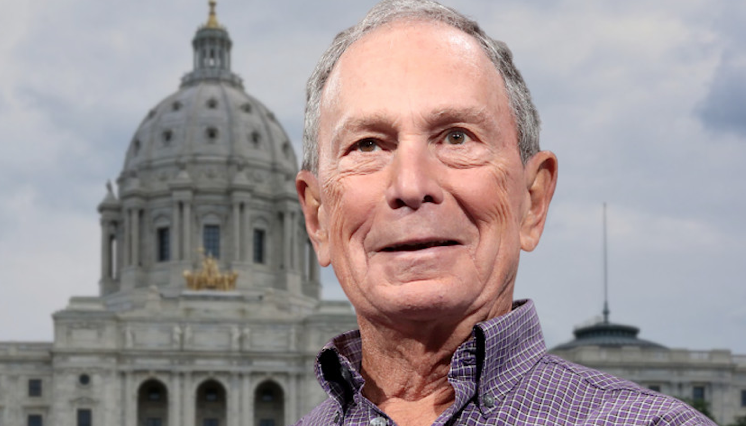 LA WATCHDOG--We are being “bloomberged” by the educational-industrial complex that is spending an estimated $10 million (if not more) to convince us to vote for Super Tuesday’s Proposition 13, the $15 billion bond measure to fund the repair, modernization, and construction of facilities for K-12 schools, preschools, community colleges, and universities. But Super Tuesday’s Proposition 13 is not in our best interests.

If this Proposition 13 were to pass and if the Los Angeles Unified School District received its fair share of the $9 billion allocated for K-12 and preschools based on population, LAUSD would need to raise about $1 billion in matching funds.  But this would add to the already overwhelming amount of debt, almost $12 billion, to say nothing about the $18 billion of pension and other retirement liabilities.

At the same time, LAUSD does not have its act together which is why 54% of the voters rejected Measure EE, the District’s $500 million parcel tax.  The net is that we will not get our fair share unless we are foolish enough to approve another $1 billion in debt.  This would cost taxpayers about $70 million a year, or about a 1% increase in our property taxes.

This Proposition 13 has also allocated $6 billion to the UC, Cal State, and California Community College (“CCC”) systems in effort to buy votes.  A better solution is to have these three enterprises issue their own debt, making them more accountable and relieving the State and its taxpayers of this $6 billion (plus interest) direct obligation.

In addition, the UC, CSU, and CCC systems do not appear to have a well thought out plan to attack their billions in deferred maintenance for the 10 UC campuses, the 23 CSU campuses, and the 115 CCC campuses.

Two weeks ago, my article, Another School Bond? Why It’s Easy to Say No!, urged voters to say NO to the educational-industrial complex and vote NO on Super Tuesday’s Proposition 13.  The following are some of the previously stated reasons to reject this Proposition 13 and the $15 billion of bonds.

As mentioned in my previous article, an alternative is for the State to allocate $9 billion to the K-12 schools and preschools, payable over 6 years at $1.5 billion per year.  This would result in a savings of $7 billion in interest payments over the life of the bonds.  The UC, CSU, and CCC systems would be responsible for their own funding.

Do we trust the educational-industrial complex?  Do we trust Sacramento, City Hall, and LAUSD?  No way.  We have been deceived too many times by these spinmeisters.

Vote NO on Super Tuesday’s Proposition 13.