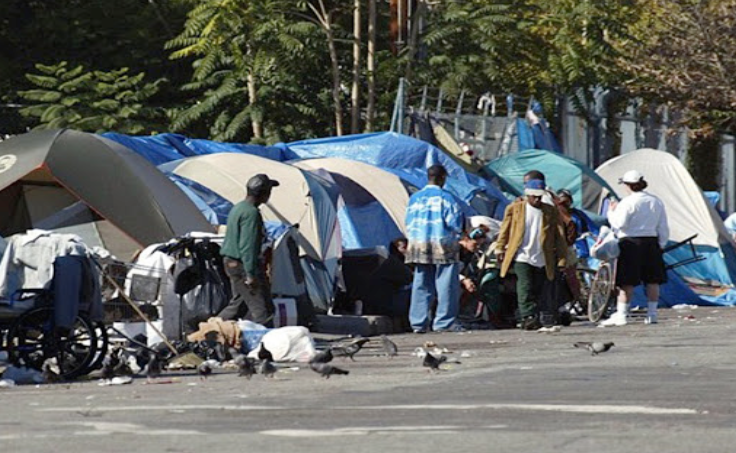 LA WATCHDOG--There are rumors emanating from the Mayor’s office and the Los Angeles City Council that they are considering placing on the ballot a new tax or bond measure to finance the City’s homeless initiatives, now that the $1.2 billion in Measure HHH funds has been fully allocated.

Details, including the marketing and political strategy, have yet to be determined.  This would be in addition to any money from the State.

There is no doubt that homelessness has reached crisis proportions.  But if this is the case, why hasn’t the City made homelessness a budget priority, especially since the City is experiencing record revenues, up $2 billion (44%) since 2013, the year Garcetti became our mayor.

[Note: The average annual cost to amortize the $1.2 billion of Measure HHH bonds is $60 million, or a mere 3% of the $2 billion increase in revenues over the last seven years.]

But rather than allocate money to the homelessness crisis, the City has opted to enter into budget busting agreements with the police and firefighters, resulting in a river of red ink.

Before placing any measure on the ballot, the Mayor and the City Council need to do a critical analysis of why the existing Measure HHH program experienced massive cost overruns and multiyear delays, where the average cost per unit of $530,000 was about 50% higher than advertised cost prior to our vote in November of 2016.  According to the Controller’s October report, High Cost of Homeless Housing: Review of Proposition HHH, the underlying reasons for the overruns were the costs of arranging complex capital structures requiring many financing sources; regulatory and permitting issues; and the prevailing wage requirements that drive up total costs by an estimated 25%.

The critical analysis of the Measure HHH projects must also include information not only on the cost per unit ($530,000 on average), but the cost per bed and the cost per square foot.

Of particular note is that “soft costs” (development fees, consultants, financing, lawyers, etc.) comprise more than 35% of the total development costs, an outrageous percentage that must be addressed.

Before placing a measure on the ballot, the City must develop an organizational structure with clear lines of authority and a management plan that will develop projects on time, on budget, and at a reasonable cost.  As of now, the City’s homeless operation is an organizational disaster area, with too many bosses and too many political busy bodies interfering with operations and decision making, where money is being thrown at projects without any accountability.

The ballot measure must also include a set of metrics that will require the City to spend our money efficiently.  For example, “soft costs” should be capped at [20%] of the total development cost (including the market value of the land) while the cost per bed would not exceed [$100,000] and the cost per square foot would not exceed [$400].

In addition to independent civilian oversight, the City needs to publicize the costs of individual projects, as well as any descriptive memos or summary information, whether permanent supportive housing or bridge housing.

While the public recognizes that homelessness is a serious issue that must be addressed, many Angelenos are aware of the delays and cost overruns, are skeptical of all the political posturing, and do not trust the City to use our money efficiently, all of which may lead voters to reject any ballot measure.

Now is the time for the Mayor and the City Council to reach out to Angelenos and Neighborhood Councils before placing a measure on the ballot as opposed to drafting a measure behind closed doors and springing it on us at the last moment.