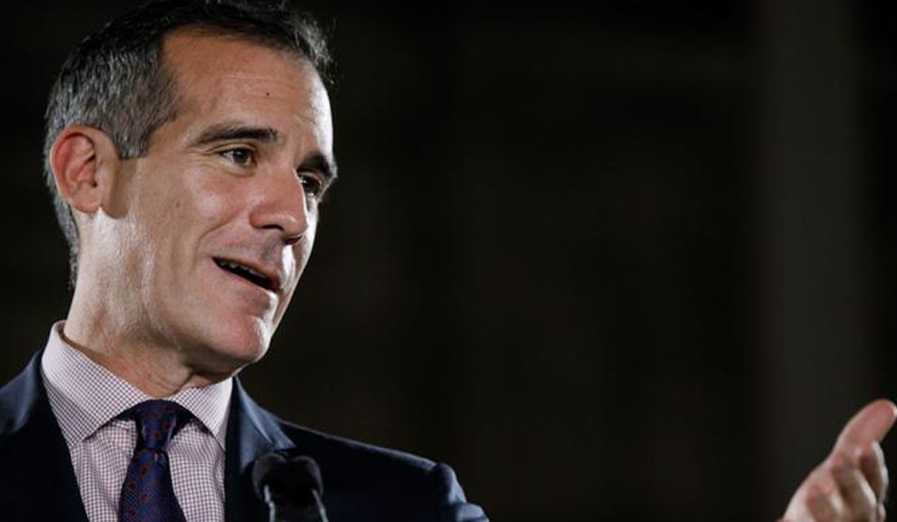 LA WATCHDOG--“At the heart of LA politics is a hardened political operation fueled by an elaborate pay-to-play system where businesses and developers pay money to get their projects approved by the city.  The way the Garcetti machine operates often looks like Tammany Hall in Ray-Bans: sleek, stylish, and sophisticated, but at its root it’s a machine that leverages power for money.”

In his most recent book, Profiles in Corruption, Peter Schweizer, an investigative journalist with ties to Breitbart News and Stanford’s Hoover Institute, explores the thesis that power corrupts.  This results in all sorts of shenanigans, including sweetheart deals, jobs and income for friends and family, bending the law to protect their benefactors, and passing of favorable legislation that may not be in the best interests of the public.

He cites eight progressive politicians, including our not so angelic mayor, Eric Garcetti.  For Angelenos who have been following the shady deals at City Hall over the years, there is nothing really new or earth shattering in the 15 page chapter that is bolstered by 74 footnotes other than the fact that pay-to-play is alive and well in the City of Los Angeles.

In other words, business as usual in the City of Angels.

And there are many more suspect deals scattered throughout the City that were not mentioned by Schweizer: The Reef, Cumulus, Catalina and 8th, the Millennium, District Square, and numerous luxury apartment buildings in DTLA, Hollywood, Century City, and the Westside where developers have reaped huge profits thanks to the up zoning blessed by their pals at City Hall.

But what Schweizer did not mention was that Garcetti had partners in crime, Herb Wesson and the members of the City Council, all of whom either participated in these shenanigans or damn well knew what was going on.

No wonder that all the deals that benefitted the campaign financing real estate developers passed without objection, no matter how bad the stench.

And it is no wonder that the campaign financing reforms that were proposed by David Ryu were first buried and then significantly diluted when they finally saw the light of day after the FBI raid on Huizar’s offices and home.  And while Garcetti said he was a champion of transparency and campaign finance reform, where was his voice?

The other major beneficiaries of our corrupt political system are the public sector unions whose politically powerful leaders are able to negotiate budget busting agreements with the Mayor and the City Council, the public be damned.

In October, as a result of new agreements with the police and firefighters, the City’s balanced budget is now in $200 million in the red and annual budget deficits of $200 to $400 million are projected in each of the next four years, a total estimated at $1.2 billion.  In all, the new labor agreements resulted in a $1.6 billion swing over the next 4½ years.

We know that Garcetti, Wesson, and City Hall constitute a corrupt enterprise backed by the vast resources of the City’s public sector unions.  But on March 3, we have the opportunity to vote against several of these professional politicians who are backed by the campaign funding leaders of the public sector unions: Herb Wesson for County Supervisor and Mark Ridley-Thomas and Kevin de Leon, both of whom are running for the City Council, both of whom have their eyes on being our next mayor.