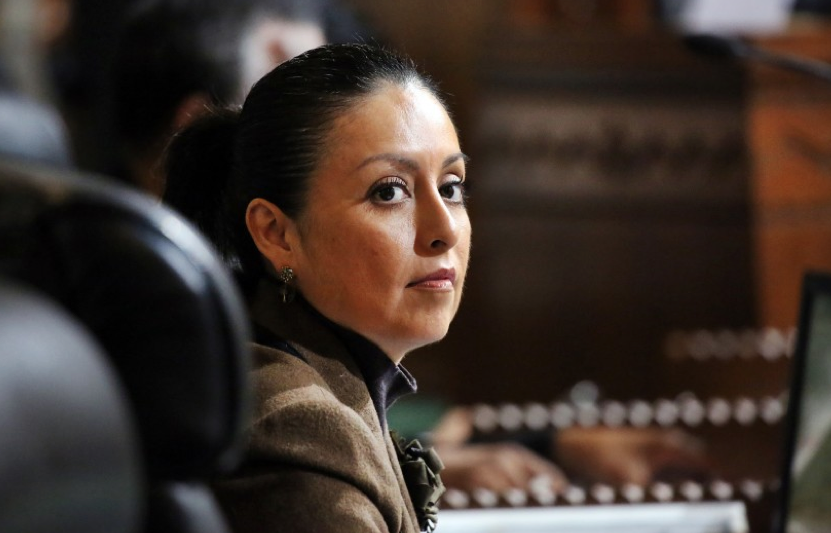 In her ten-minute acceptance speech, Martinez did not outline her priorities other than her Family First agenda.  Rather, Martinez said that she will address the Council on January 14th when she will hopefully outline her goals and plans for the City.

While Martinez will no doubt have an ambitious agenda, she will have to work overtime to earn the trust and confidence of Angelenos.  We have had to endure raids by the FBI, pay-to-play real estate developers who have undue influence at City Hall, increased traffic congestion, lunar cratered streets, higher water and power bills, unfunded pension liabilities, a stream of tax increases, diminished services, and the City’s mismanagement of the homeless epidemic.

And now we have learned that new back room labor agreements with the police and firefighters have blown an estimated $200 million hole in this year’s previously balanced budget and that the projected budget surpluses totaling $200 million over the next four years are now a river of red ink aggregating $1.2 billion.

Overall, the swing is an incredible $1.6 billion as the City gave away the store to the campaign funding leaders of the public sector unions.

While Martinez is not without fault since she was a member of the Executive Employee Relations Committee that negotiated these new budget busting labor contracts, she must address this financial fiasco that was orchestrated by Mayor Eric Garcetti and City Council President Herb Wesson.

So, City Council President-elect Martinez, what is your plan to restore our trust and confidence in the City Council?  And how do intend to balance this year’s budget and eliminate the cumulative deficit of $1.2 billion over the next four years?

((Jack Humphreville writes LA Watchdog for CityWatch. He is the President of the DWP Advocacy Committee and is the Budget and DWP representative for the Greater Wilshire Neighborhood Council.  He is a Neighborhood Council Budget Advocate.  He can be reached at:  lajack@gmail.com.)