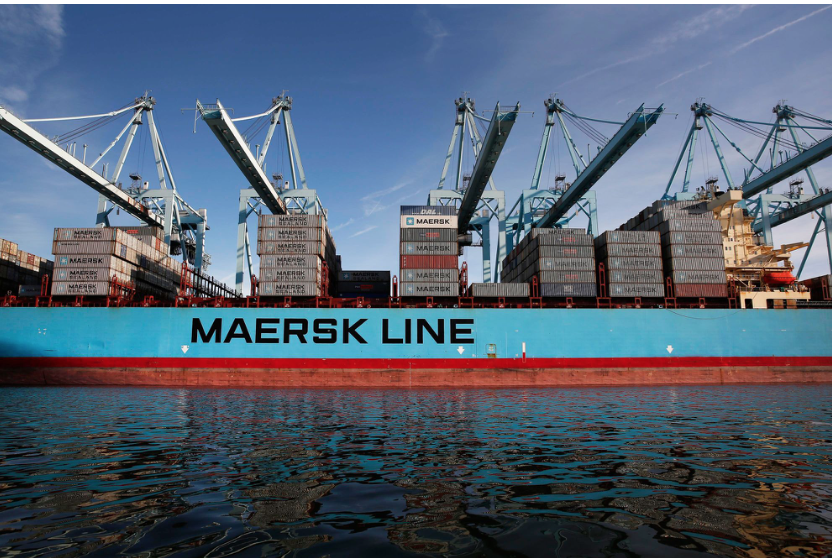 LA WATCHDOG--The International Longshore and Warehouse Union (“ILWU”) and the Pacific Maritime Association (“PMA”), an organization that represents the Pacific Coast maritime industry, have entered into an agreement that will allow APM Terminals, a subsidiary of Maersk, the giant Danish shipping company, to proceed with its $1.3 million infrastructure improvement program that will allow APM to operate efficient driverless electric cargo handlers.

This improvement program is part of a billion dollar investment by Maersk that will increase the efficiency of our high priced port and comply with Mayor Garcetti’s costly Clean Air Action Plan that calls for zero-emissions by 2030.

This agreement settles a dispute between the ILWU and APM that involved the appeal by the ILWU of a decision by the Board of Harbor Commissioners that approved this minor infrastructure improvement program.  The ILWU was protesting the introduction of automation despite the fact that its members had approved a labor contract that allowed for automation in return significant increases in salaries and pensions.

This dispute even involved the City Council which asserted jurisdiction over the matter and sided with the ILWU, only to have the Board once again, in a 3 to 2 vote, reject the ILWU’s appeal in front of hostile audience of ILWU workers and supporters.

The settlement calls for APM to establish a work force training program that will provide “maintenance, repair, up-skill, and re-skill training” for ILWU members who work at its terminal. APM will use its “reasonable best efforts” to employ these workers, including to maintain the new driverless electric cargo handlers.

As part of the agreement, APM has agreed to defer additional automation until July 1, 2022.  More than likely, this coincides with the expiration of the ILWU contract.

While not part of the agreement, Mayor Eric Garcetti and Councilman Joe Buscaino are calling for the establishment of a Blue Ribbon Commission “to study the issue of automation and the future of work at the Port of Los Angeles.”  This commission will provide recommendations to the Mayor and the City Council.

While the Blue Ribbon Commission will focus on the Port and local jobs, it must also consider the highly competitive nature of the maritime industry where shipping companies and terminal operators are just part of the supply chain that stretches from the manufacturer to the end user. Decisions are made by independent logistic companies who determine the shipping routes based on many factors, including price, reliability, efficiency, and transit time.

The Commission must also analyze the Port’s competitive position, especially compared to East and Gulf Coast ports who have benefitted from the recent widening of the Panama Canal, massive investments in infrastructure, and container charges that are half the rate of the Port of Los Angeles.

This begs the question why have the Ports of Los Angeles and Long Beach lost 10 points in market share over the last 15 years? Why are our costs per container almost double our competitors?  What is our competitive response to maintain or grow our market share?

The Blue Ribbon Commission must be independent and represent the many interested parties, including not only the ILWU, the shipping and terminal companies, and the Port, but the many other companies and people that have a stake in the success of the Port. Its report and recommendations must also be balanced and supported by facts that are consistent with the economic environment.

This will also require the Mayor and the City Council to review and analyze the Commission report and its recommendations in an objective manner, taking into consideration the impact on the economy of Southern California, not just San Pedro and the City.  But this may not be possible, especially given the recent performance of the City Council when they vetoed the decision of the Board of Harbor Commissioners without hearing any evidence.

While it appears that we will have labor peace until July 1, 2022, the likelihood of labor unrest is high as the maritime industry will want to introduce more automation.  But this drive for efficiency and lower container charges may result in the loss of union jobs unless the ILWU, the maritime industry, and other participants in the Southern California economy can develop constructive solutions.