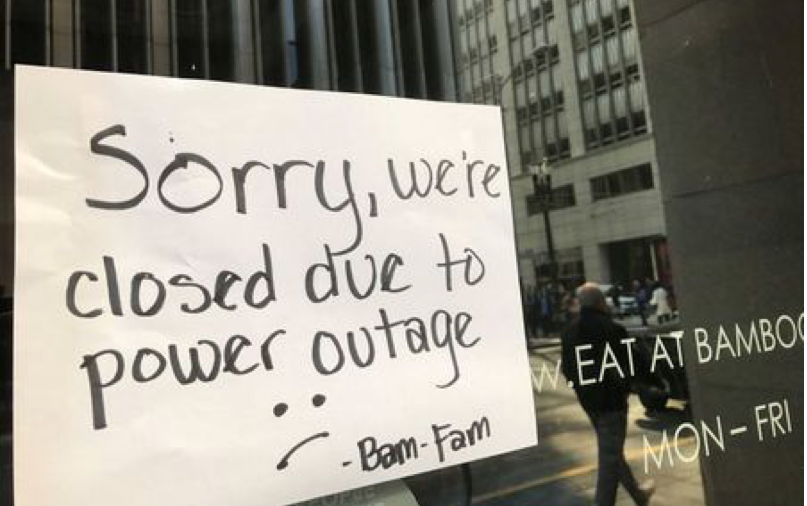 LA WATCHDOG--Beginning on Friday, July 5, many Angelenos were without power for 72 hours because of the record demand for power during the unprecedented “heat storm” that overwhelmed the Power System’s outdated infrastructure.

This resulted in a flurry of activity on social media and numerous complaints to the Department of Water and Power and to the members of the City Council.

While residents without power were frustrated by the lack of neighborhood specific information, compounded by DWP’s automated answering system and the inability to talk to someone who knew what the hell was going on, the Department did a reasonable job of responding to the power outage given the poor condition of the local distribution systems.

But this power outage is just another manifestation of the main problem plaguing DWP and its Ratepayers: City Hall.

One of the main reasons behind the failure of the in-basin distribution system on this hot summer weekend is that City Hall has approved too many energy intensive developments in Hollywood, Koreatown, and Mid-Cities without considering the added burden on the already strained power grid.  These new developments are the straw that broke the camel’s back as the City failed to require real estate developers to pay for the necessary improvements to the distribution system mandated by their energy hogging high-rise developments.

The City has also been ripping off the Department’s Power System and the Ratepayers.  Over the last ten years, DWP has transferred $2.5 billion to the City’s General Fund.  This transfer that was never approved by the voters would have been better used to maintain and modernize the Department’s 10,000 miles of overhead lines and underground cables, 160 substations, 308,000 poles, and 128,000 transformers.

The Department’s management has also been distracted by the obsession of Mayor Eric Garcetti and the City Council on developing renewable sources of electricity.  So much so that the maintenance and upgrading of the Power System distribution infrastructure has been relegated to the back seat, resulting in outages that will more than likely continue during the summer.

Interestingly, during this “heat storm,” most of the energy generated by the City was from fossil fuels, including 1,200 megawatts (almost 20%) from the coal fired facilities in Utah.

Of course, this leads to the question of how reliable will the Power System be if it were powered 100% by renewable energy?  And what will be the impact on Ratepayers of developing new sources of renewable energy and the necessary storage systems needed to ensure reliability, especially when we get smacked by another heat storm.

The Department has also been politicized because the Garcetti appointed Water and Power Commissioners do not have the experience to oversee a $5 billion a year, engineering intensive, customer facing enterprise with 10,000 employees. Rather, they take their orders from Garcetti whose directives are driven by what promotes his political ambitions and not what is best for the Department or its Ratepayers.

The Department’s management has also been distracted by the constant posturing by and meddling from the City Council and the Mayor’s office.  For example, Mitch O’Farrell has demanded a comprehensive report on the recent power outage and what is being done to ensure reliability and prevent future outages.  Yet it is O’Farrell who has been the real estate developers’ water boy, promoting overdevelopment in Hollywood without any concern for the reliability of the local infrastructure.

It is hard to know where to begin the efforts to reform the Department of Water and Power.  Appoint Commissioners with relevant experience.  Limit the meddling of the City Council and the Mayor.  Let management do its job.  Stop using DWP as an ATM.

In the short term, this power outage shows that DWP needs to prioritize its Power Reliability Plan and work with the impacted neighborhoods.  It also demonstrates the need to limit real estate developments unless there is the actual capacity to supply power on a reliable basis to the surrounding residents and businesses.

But will DWP power experts be able to demand reliability given the political swat of the powerful real estate developers and their lobbyists?  Not likely as campaign cash trumps reliability.