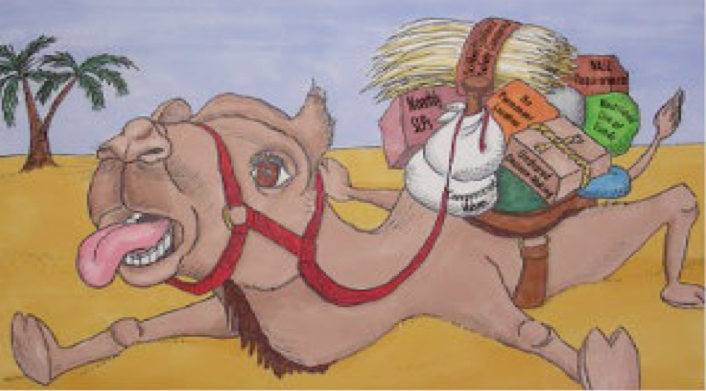 LA WATCHDOG--On Tuesday, July 5, the County Board of Supervisors voted to place on the November ballot a $95 million parcel tax to benefit the County’s parks.

Unlike a traditional parcel tax of $40 on each of the County’s 2.4 million parcels, this new parcel tax will be based on the square footage of improved property in the county (6.4 billion square feet) times 1.5 cents per square foot, an amount that may be adjusted upward based on the Western Urban Consumer Price Index.  Over the next 35 years, this tax will raise almost $6 billion based on reasonable assumptions for inflation and growth as compared to $4 billion under the traditional parcel tax.

In drafting the final, 8,700 word ballot measure, the Supervisors listened to the public (and their polls) and lowered the proposed tax to $95 million from the $200 to $300 million level that was discussed in its May 3 meeting.

While this proposed increase (including the cost of living adjustment) is reasonable, especially given inflation since 1992, getting the approval of two-thirds of the voters will be a tough sell.

The Supervisors may snatched defeat from the jaws of victory by approving Sheila Kuehl’s motion to make this parcel tax a permanent tax, eliminating the 35 year sunset provision.

In 2013, 55% of voters in the City of Los Angeles rejected Proposition A, in part because many Angelenos were turned off by the permanent nature of the half cent increase in our sales tax to a whopping 9 ½ %.  This may also apply to the permanent half cent increase in our sales tax that is being proposed by the Metropolitan Transportation Authority (“Metro”) for the November ballot.

Another contentious issue is the allocation of the tax revenues.  The Valley and the other parts of the County believe that they are not getting their fair share as the Supervisors are favoring the districts represented by Hilda Solis and Mark Ridley-Thomas based on the Needs Assessment Report that called for revenues to be spent disproportionately in underparked areas of the County.

There are other issues that are of concern, including the lack of independent oversight, the lack of a maintenance plan for the County’s existing parks, shifting the burden to the owners of commercial real estate, and the potential for the new Board of Supervisors to burden the next generation with mountains of debt secured by this new parcel tax.

But the real kiss of death may be “voter fatigue” where the overwhelmed and mad as hell voters reject all of ballot measures trying to pick our pockets.

At the State level, we are being asked to approve $9 billion in general obligation bonds to finance K-12 and Community College facilities (Proposition 51), a $1 billion cigarette tax (Proposition 56), and the 12 year extension of the Governor Brown’s “temporary” income tax surcharge that is expected to yield $5 to $11 billion a year (Proposition 55, also known as the Pension Tax as these revenues will eventually fund the massive pension liabilities of CalPERS and CalSTRS).

The County is also proposing a $130 million marijuana tax to finance its homeless efforts.

Metro is proposing to nick us for an additional $850 million a year by permanently increasing our sales tax by a half cent, resulting in a sales tax of mind boggling 9 ½ %.  This, along with the other related taxes, will result in tax revenue of $3.5 billion a year for Metro.

Finally, our City has placed on the ballot a measure to allow the City to issue up to $1.2 billion in bonds to fund, along with private real estate developers and other government entities, an estimated $3 to $4 billion of supportive housing.

And this assault on our wallets does not include the $150 million tax increase associated with the recent $1 billion increase in our DWP water and power rates, a street tax that was pushed by the Los Angeles City Council in 2014, or any taxes to fund the County’s $20 billion stormwater plan.

Maybe it is time for us to send our Elected Elites (and their cronies) in Sacramento, the County, and the City a loud and clear message that we are sick and tired of being their ATM by voting NO on all of these ballot measures.