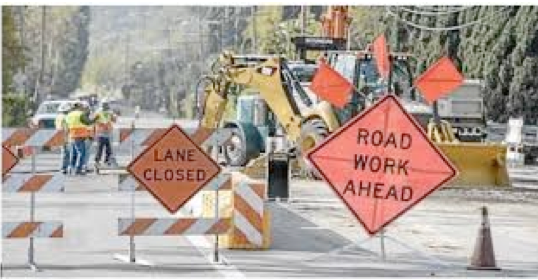 LA WATCHDOG--On Thursday morning, the Rules Committee of the City Council released its recommendations for the reform of our Department of Water and Power.  This 2,300 word document addressed three areas of reform:  1) a more independent Board of Commissioners designed to limit undue interference and meddling by the Mayor and the City Council, 2) more efficient contracting and procurement policies that would free management from overly burdensome overhead, bureaucracy, and red tape, and 3) the establishment of a DWP Human Resources Department, free from the City’s civil service requirements, that would allow for hiring flexibility.

The recommendations are a constructive start, but need to be refined over the next three weeks if the measure to reform the Department is to be placed on the November 8 ballot for our approval.

One recommendation of the Rules Committee would require the Department to develop a “four year strategic investment and revenue plan (the “Plan”) for approval by the City Council and the Mayor.”  This would also include a robust discussion on our water and power rates.  While this planning process would give the City Council more authority over the DWP, it would also provide the Board and the management greater operational and financial flexibility as long as they stayed within the Plan’s guidelines.

[Note: The City Council should take its own advice and develop a multiyear strategic, operational, and financial plan for our City!]

Once the Plan is approved, the Board of Commissioners, the General Manager, and her management team should be given considerable authority to operate the Department without undue interference and meddling from the City Council and the Mayor.  This would include the elimination of the burdensome requirement that the Board and the Department clear agenda items with the Mayor’s office.

The Rules Committee recommended that the seven part time commissioners (an increase from the current level of five part time commissioners) serve three year staggered terms.  But three years does not allow Commissioners enough time to learn the intricacies this $5 billion a year enterprise and would deprive the Board of important institutional and industry knowledge.  Rather, the term should be five years as outlined in Councilmember Felipe Fuentes’ January 22 motion that kicked off the discussion of the reform of our Department of Water and Power.

The Rules Committee recommended that Commissioners could be removed by the Mayor with the concurrence of the Council or by a vote of 75% of the Council.  To the contrary, removal should be only for cause and not at the discretion of our elected officials.

The recommendations appear to address the General Manager’s request that the Department be granted more freedom in contracting and procurement by amending the City Charter to allow the Department to enter into selected power contracts, leases, and design build arrangements with the approval of the Board of Commissioners, bypassing the need for a time consuming ordinances approved by the slow moving City Council.

The biggest disappointment is that the Rules Committee was not able to follow through on Fuentes’ motion to “authorize the Department to oversee its own hiring functions and remove the Department from its obligation to follow civil service rules.”   While reform was endorsed by the Union Bo$$ d’Arcy’s IBEW Local 18 (a scary thought to some), this motion ran into a buzz saw as the leaders of the City’s civilian unions were vehemently opposed to the Department establishing its own Human Resources Department, free from civil service.  Rather, they are demanding that the City “meet and confer” which will allow the City unions to demand concessions from the Department in return for their approval.

This collective bargaining may result in an impasse that will most likely result in litigation if the City Council has the gumption to take the side of the Ratepayers and pursue the establishment of a Human Resources Department that reports to the management of DWP.

According to insiders, this is a continuation of the bad blood between the City’s civilian unions and IBEW Union Bo$$ d’Arcy as the civilian unions have contract envy and resent d’Arcy’s justified opposition to the 2009 Early Retirement Incentive Program that allowed 2,400 senior City employees to retire early at a cost of over $300 million to the City (and its taxpayers).

In the meantime, the Rules Committee should recommend that the City’s Personnel Department devote considerable resources to DWP and establish an fully staffed office at DWP to serve the Department’s needs, similar to the successful arrangement with the City Attorney.  Furthermore, the Department should be allowed to have 10% of its work force be exempt from civil service so that it has the flexibility to hire staff to fill positions in IT, customer service, purchasing, training, and other important departments.

The Rules Committee has conducted an open and transparent process, taking input from many constituencies. This compares to the process with Measure B in 2009 (Mayor Villaraigosa’s ill-conceived solar plan) and Proposition A in 2013 (the permanent half cent increase in our sales tax).  Both were rejected by the voters.

We have two to three weeks to rework and refine the Rules Committee’s recommendations, during which time we need continued transparency and flexibility.