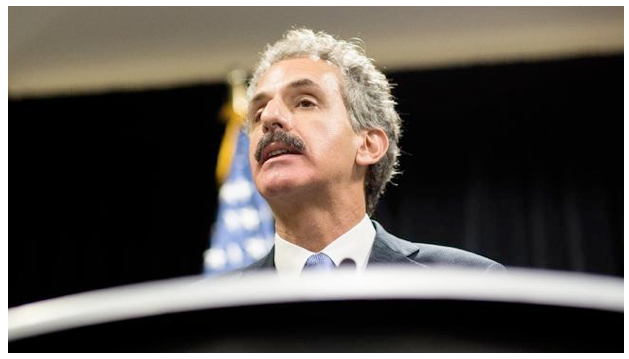 EASTSIDER--First, hats off to Chen (a landlord) and her attorneys, Rosario Perry, Steven Coard and Lisa Howard for legally proving what we all knew to be true -- Airbnb’s are illegal in LA City residential zones. They took this case all the way through the Appellate Division, no inexpensive undertaking. As a result, the Appeals Court Decision is certified for publication; it is now case law for the City of Los Angeles.

Of course, this is Los Angeles City where nothing is as it seems. The fly in the ointment is mostly City Attorney Mike Feuer who has consistently refused to prosecute Airbnb zoning cases. Under the Charter, he gets to make the call -- not the Council Offices and not you or me. One can only hope that Airbnb has already given mightily to his next election campaign.

So now, Mr. Feuer has a choice: to enforce or to pretend to enforce. Based on his prior actions, I’m afraid he will continue to put impediments in the way of enforcement, citing excuses such as, “we can’t prove it,” or, “there is not sufficient first hand evidence by a city employee” -- and so on. As a result, I give him a vote of no-confidence since he has refused to take on any of these cases. Clearly, he has the legal authority to do so. And thus the moniker, “Feckless Feuer.”

Courtesy of the City Charter, here’s how it works. In most large cities, a separate attorney handles legal advice for the elected body; another attorney functions as prosecutor. In LA County, you have the District Attorney who prosecutes and the County Counsel who acts as legal advisor for the Board of Supervisors. Makes sense.

But in Los Angeles City, of course, that would make too much sense, so instead we have a situation where the Office of the City Attorney is both prosecutor and legal advisor to the LA City Council, as well as to the Mayor and city departments.

Historically, the City Attorney’s Office has a symbiotic relationship with the Council in the way it performs these two functions. They are all part of the elected officials “together” club. But this has not always been the case. Mr. Feuer’s predecessor, ’Nuch’ Trutanich, was famous both as a loose cannon and for publicly refusing to do the City Council’s bidding. I loved him because he shed a bright light on who inside City Hall had power over what. He made for great stories!

Unfortunately, in the case of Mr. Feuer and Airbnb, I suspect that the City Attorney and the City Council are in quiet agreement not to prosecute short-term rental cases. That way, the Council gets to pretend that they want to enforce the zoning laws -- which we all know is a farce, since they only do that when it helps developers – and instead, blame inaction on the City Attorney who then gets to adopt a bogus policy to tank these code violations. He can tell the council exactly what they want to hear: “No prosecution on zoning cases because we can’t win because…fill in the blank.”

In support of my jaded outlook, let’s see who actually made the motion to adopt rules and regulations (including taxation) of short-term rentals (aka Airbnb): Council President Herb Wesson and Mike Bonin. Hmmm. Herb never met a dollar he didn’t covet and he’s an absolute master at behind-the-scenes dealing. The motion was seconded by CD 11’s Mike Bonin. As Bill Rosendahl’s Chief-of-Staff, he has been involved in the district for a while…even as Venice turned from a cool neighborhood with affordable housing into a strip of Airbnb hotels.

Mr. Bonin wasn’t too interested in this problem until the axe had already fallen on all the under-represented renters. So it’s fair to question how vigorous his advocacy will be now -- other than to move forward in obtaining taxes from all the dot.com app folks.

Even though Mrs. Chen and her attorneys did us all a service by proving that the Emperor has no clothes, there are at least two ways that Feuer can still do us in during the process of enacting a Short-term Rental Ordinance. First, his weapon of choice to date, as previously discussed, has been to decline to prosecute violations of the zoning regulations.

Second -- and get ready for this one -- it will be the City Attorney who will handle the actual drafting of the short-term rental ordinance. Anyone want to guess how many ways there are for him to “fix” the issue by exempting Airbnb from any liability?

You can help, though, because sooner or later, there will be a draft ordinance that magically appears and will be vetted through the Council Committees. So ignore the summary information and read the Ordinance language! The details of what’s really going on will be buried in there somewhere.

Show up at hearings, write or email your Councilmember. Generate so much heat that even the Los Angeles City Council will have to listen to its neighborhoods. Maybe then they will have to represent the citizens, instead of outside special interests.

(Tony Butka is an Eastside community activist, who has served on a neighborhood council, has a background in government and is a contributor to CityWatch.) Edited for CityWatch by Linda Abrams.) Photo: LA Times.