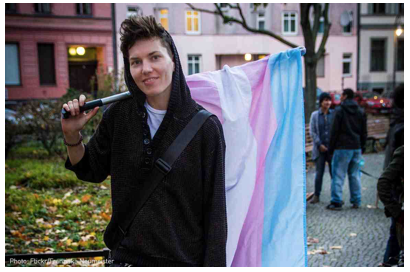 TRANS LIVES MATTER--More and more, transgender, non-binary, and alternate pronouns are being lawfully mandated to be included in the parlance of workplaces, schools, and halls of government. In my opinion, these expressions do not need to be viewed as impositions on freedom of speech; they can be an opportunity for all members of society to become more creative and respectful in their manner of communicating.

First and foremost, all words are made up. To suggest that alternate pronouns such as It, They, Per, Ey, Zei and Sei are somehow more socially constructed than words such as Male, Female, He, She, Her and Him, is a myth promulgated by those with normative power- whether they realize it or not. The words male and female do not possess inherent meaning. Even the word chromosome is made up. The letters X and Y are made up. Our entire world is constructed out of language that is simply made up. Since every concept under the sun is a human invention, it appears that we have an inbuilt capacity for language that produces meaning, but we do not have an inbuilt language of meaning.

Furthermore, those who complain that government has no right to require people to use certain words when referring to certain individuals and/or events, are not thinking through the implications of their belief. Legislation limits what words can and cannot be said all of the time. We can't yell fire in a crowded theater. We cannot call a homosexual the F word, and an African- American the N word, at least not without their permission. To do so is a form of hate speech. Moreover, a jealous husband cannot distribute around his neighborhood a flier calling his divorced wife a slew of unspeakable names. If he did, he could be charged with criminal harassment and libel.

Take another example. If a basketball coach denigrates his star player by calling him the N word on TV, he should be fired the next day. The franchise would be penalized by the league if they did not fire him. If the team selected to disobey the league's order- and the league did nothing to force the team to remove him from the payroll- the league itself could face congressional pressure. Congress could, if no action was taken, investigate the National Basketball League for fostering a work environment that is discriminating and unequal. In the end, the most important reason that we have freedom of speech laws is to protect us from structural violence.

With that being said, because of centuries of injustice, indifference, and indignation perpetrated against transgender citizens in American society, there is a growing need for a singular gender-neutral third-person pronoun: that is, a pronoun to use when someone’s gender is unknown or when the individual is neither male or female. As I discovered in an exceedingly helpful blog on this subject, "Such instances occur when addressing transgender and genderqueer people who don’t feel comfortable being addressed with masculine or feminine pronouns, computers or robots with artificial intelligence, sexless fictional creatures, angels, and the God of many monotheistic religions."

As far as I can see, when this fundamental civil right is not being recognized, the main concern that critics use to justify the moral and legal principles they are slighting, is that this social activism and group advocacy will be taken too far. Professors, for instance, will no longer be able to use any words in their classrooms because they will risk offending someone or some group. Their concern is that language itself is under assault. When words such as Zie and Per are conceded, next will come the expunging of words such as She and It. Where will it stop? When will the right vocabulary be understood and used by everyone in the “right” way? 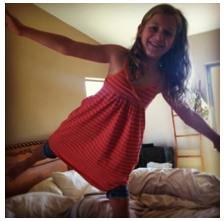 The most eloquent and outspoken critic of the altered pronoun movement has been a University of Toronto Professor of Psychology named Jordan Peterson. In one of his books he writes: “Intolerance of others’ views (no matter how ignorant or incoherent they may be) is not simply wrong; in a world where there is no right or wrong, it is worse: it is a sign you are embarrassingly unsophisticated or, possibly, dangerous.”

Peterson often makes several well articulated and philosophically valid points. Do we want to be forced to speak a certain way? Do we want to have our language legislated to this degree of political correctness? Is this not a type of tyranny in its own right? Peterson exclaims: "Our society faces the increasing call to deconstruct its stabilizing traditions to include smaller and smaller numbers of people who do not or will not fit into the categories upon which even our perceptions are based. This is not a good thing. Each person's private trouble cannot be solved by a social revolution, because revolutions are destabilizing and dangerous.”

Although this line of thinking may sound convincing, especially when intellectuals such as Peterson defend academic freedom, virtue theory and normative morality, their biggest concerns rest entirely on the fallacious slippery slope argument. Must society worry about the entire language system collapsing because far less than 1% of the general population wants to be recognized in a way that offers them dignity and has no harmful effect on others?

Similar critics of an early form of postmodernism believed that African- Americans were asking too much to not be called names such as boy, "coon," and Uncle Tom. In the eyes of the most centered and powerful, these minorities on the fringe were also unlawfully demanding the right to be called positive names such as sir, citizen, and even person. So many white Americans- living through the pinnacle of the civil rights era- were, at least partially, concerned that they were being forced to speak a certain way? Even more than their desire to be superior to people of color, many whites fought to enshrine their cherished notions of individual freedom.

The concern over political correctness was ultimately more about holding onto their position in the center than championing the need for a circle that holds society together.

(George Cassidy Payne is a SUNY Adjunct Professor of Humanities and a social worker from Rochester, NY. He is a CityWatch contributor and his writing has been published in a wide variety of domestic and international journals, newspapers, and magazines.)