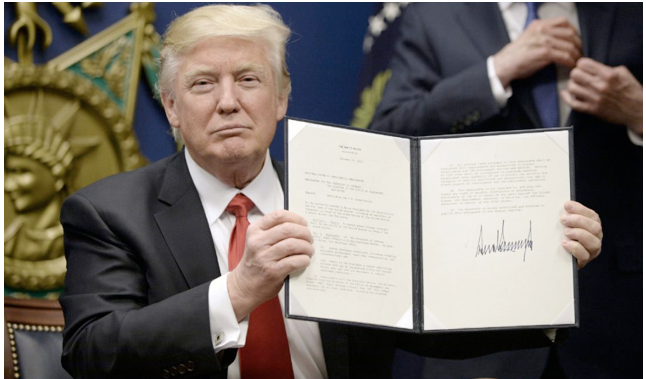 THIS IS WHAT I KNOW--In 1994 I volunteered to teach a Level One ESL class at a Tarzana temple. Each week I met with four men who had emigrated from Iran and one who had emigrated from Russia. We did not share a common language, other than the vocabulary and grammar I taught them in an elementary religious school classroom but we still understood each other. I can still hear the excitement in my student’s voice as he proudly recited the names of vegetables he had learned. “Artichoke! Asparagus! Broccoli!” I had no idea what he did in his home country but here, he was working in a Valley produce market.

As I read about Donald Trump’s onslaught of executive orders during the week, I thought about my students and other immigrants I have met since I’ve lived in Los Angeles, many who are colleagues and friends. Multiculturalism is one of the greatest qualities of our city. When I rode the Red Line to the Women’s March last week, I was struck by the number of languages I heard in the car. Los Angeles is a city of immigrants -- all of whom have arrived here to make a better life for themselves and for their families, to pursue a dream.

From Trump’s executive order Wednesday that calls for the “immediate plan, design and construction of a physical wall along the southern border” and would allow the Attorney General and Homeland Security Secretary to determine whether “sanctuary cities” like Los Angeles are eligible for federal grants to his doublespeak “extreme vetting” of immigrants from Iran, Iraq, Libya, Somalia, Sudan, Syria, and Yemen, the president has sent a loud message.

Although a federal judge in New York had temporarily blocked part of the immigration order on Saturday, as of publication, at least seven were detained at LAX. Los Angeles City Attorney Mike Feuer stated, “People in this country -- we’re talking about lawful permanent residents who are returning to this country or coming here for the first time to be united with family --- have rights! Here in Los Angeles, we stand up for uniting families. We stand up for giving people their basic rights. We need to prevent this from having a further negative effect on our community.”

According to the Twitter feed of immigration attorney and author Greg Siskind, immigration attorney Ally Balour reported Sunday that Iranian passengers on two LAX-bound flights were given I-407 forms and ordered to surrender their green cards while in flight. Attorneys advised the passengers in question not to sign the forms and to inform other passengers. The passengers took almost five hours to clear customs, were debriefed, and an investigation is expected.

We are sure to hear much more talk about the constitutionality and legality of Trump’s executive orders in the weeks to come. In the meantime, we need to reflect on the stories of each and every person and family whose lives would be impacted by these orders. It’s far too easy to paint a broad picture of those who might be incorrectly perceived as a threat, whether in terms of security or economy. Sweeping generalizations and executive orders to appease fear and intolerance point to the worst moments of our history, of Japanese internment camps, of lynchings, and of McCarthy’s Black List. We cannot allow fear-based intolerance to dim our collective empathy and to keep us from doing what is right.