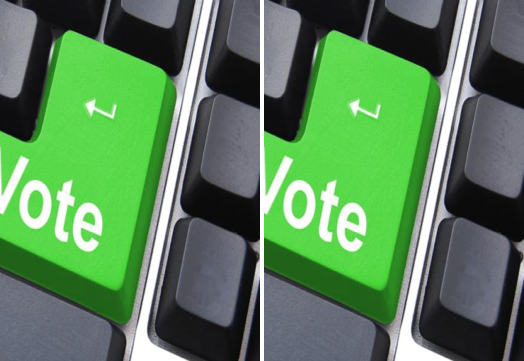 DONE WATCH--There's bad luck and there's bad timing, and many times through no fault of anyone in particular, people get walloped by both.  It's the wrong-time/wrong-place situation we attribute to freakishly unavoidable car wrecks.

However, there are also object lessons in sheer mistiming, guaranteeing organizations like the Department of Neighborhood Empowerment (DONE) will get voted into the SNAFU Hall of Fame on the first ballot.

Last week, in a rare bi-partisan move, the U.S. Senate Intelligence Committee directed all U.S. states to replace any voting system that doesn't create a paper ballot, and cease and desist from using any election system that connects through the Internet.

Those familiar with our national discourse (read: everyone) knows our election process is under scrutiny.  From gerrymandered districts to bogus ballot counts to voter ID disincentives to plain old fraud, there are serious issues with how elections are managed and how votes get tabulated in our new era of razor thin margins.  So, why is DONE in full-throated support of taking all NC's to an online registration and voting system for the next round of elections?

These days, given words like "cyber" and "meddling” and “Russia” occupy the same headline a lot, "online" and "voting” now go together like dumb and dumber.

Aside from sustaining their reverse Midas touch-- where everything they handle turns to crap-- DONE's embrace of online voting holds little upside and a big risk of vitriolic blowback.  Yet, General Manager Grayce Liu, has a story and she's sticking to it: online voting will increase election turnouts!  And in his metric-driven world, that likely makes her boss Mayor Garcetti very happy; Liu is really good at managing up.  The 2016 NC "online voting pilot" didn't prove anything near the panacea for L.A. civic apathy it was touted as, but DONE's theory is if they don't make the same 2016 mistakes over again, it could work.  All they need is a little blind faith and another two million dollars, give or take.

The city council's sub-committee who says they're there to ride herd on DONE is David Ryu's 'Health, Education and Neighborhood Councils' Committee (HENC), who stated in an August 2017 Report to City Council: "In general, the (voting) pilot program was successful..."

DONE cooked the data in a laborious 74-page report making it seem effective, but when taking a closer look, calling it "successful" is misleading at best.  One would think someone on Ryu's (or Herb Wesson's or Gil Cedillo's) staff might double-check the math, but from a due diligence standpoint, they're less complicit saying they took DONE's word for it, but it's not like these strategic omissions weren't pointed out to them, either. 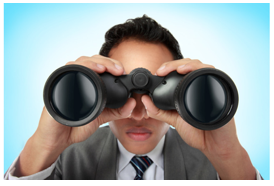 In June of 2016 city councilmember, Paul Krekorian, described "the aftermath" of the Studio City NC election when calling for and seeing NC online voting suspended until DONE delivered the aforementioned "report back" and city council would use that to decide whether online voting is a good idea or not?

In between then and April 2017, DONE asked for and somehow saw a reprieve from Krekorian's stop-down motion allowing them to conduct Skid Row NC's Subdivision election.  If the 2016 online voting pilot was underwhelming, Skid Row's online voting was an unmitigated disaster.  Nearly a year later, DONE still can't reconcile the electronic voting records, saying one thing happened and their vendor, "Everyone Counts, Inc." saying another.  It seems to get any "real" answers on what really happened the ballots need to be re-counted, but THERE AREN'T ANY PAPER BALLOTS to count.  See also: U.S. Senate Intelligence Committee.

If it wasn't obvious before, putting online wires anywhere near a public election is radioactive.  Yet Grayce Liu persists and not in an Elizabeth Warren kind of way.

Further, the City Clerk advised they will NOT use online voting for any 2018 NC subdivision elections because the software is essentially the same 2016-2017 release that went sideways for Studio City and Skid Row, et al.

Finally, the State of California prohibits online elections for public officials.  Period.  But wait, there's a DONE blog post authored AFTER the 2016 NC election cycle explaining NC's are sub-municipal organizations, so it's okay to use a voting system no other publicly elected California official could use.  At least that's the City Attorney's interpretation, a judge, if asked, might rule differently.  But whether online voting is legal or not isn't the point...  What's relevant is online voting is easier to facilitate, for DONE, that is.  And if it undercuts an NC's legitimacy in the eyes of the public, why should that matter to the Department tasked with "assisting" NC's with being as good as they can be?

(This advertorial was paid for by The DONE Watch Coalition.Laura Velkei is the former CA State Director of Volunteers for Obama for America 2008.  She is the co-founder of Arts District Community Council LA and is 3rd Vice President, Communications Director and Chair of both the Land Use and Bylaws Committee for the Historic Cultural Neighborhood Council .)