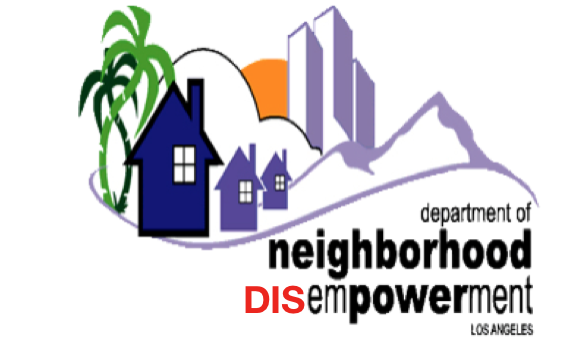 HCNC SUBDIVISION BACKSTORY--Five days before Christmas, the Executive Committee of the Historic Cultural Neighborhood Council (HCNC) was notified a subdivision was being filed and that the application deadline was January 15th.  The next scheduled Board meeting was January 9th.

It took several emails to Angelica Moyes, a new HCNC Board Member and subdivision applicant, to learn that in addition to Chinatown, the communities of Solano Canyon, Victor Heights and El Pueblowere being gerrymandered.

Shortly thereafter the HCNC became aware that the Echo Park Neighborhood Council (EPNC)  knew about the subdivision before the HCNC!  Theyhadeven voted on and signed a letter of support for the subdivision without ever hearing from the HCNC.  After several emails went back and forth between HCNC board Members and the Chair and Vice Chair of EPNC, it became abundantly clear that the fix was in as Ms. Moyes has/had a romantic relationship with the Chair, and her best friend is the Vice Chair.  More on his later.

To make matters even more egregious it was discovered that Steven Chow, Field Deputy to Congress member Jimmy Gomez was acting as the face of the subdivision and going from group to group advocating the split against the very communities he was hired to represent.  Mr. Chow used federal resources and time to wage war against a 15 year old NC lobbying false claim after false claim.  While Mr. Chow was instructed to refrain from any further subdivision activity after being reported by community members, the irreparable damage had been done.  Mr. Chow showed up to ONE HCNC meeting and was never seen again, but somehow he was able to determine that “another” community was the cause of “their” (implied Chinatown) strife.  Despite requests to have him removed Mr. Chow continues to work for Congress member Gomez and the HCNC has not heard of any disciplinary action taken by Gomez’s office.  A formal complaint is in the process ofbeing drafted.

Despite repeated requests to DONE and Mike FONG, DONE would not respond as to the status of the application,  HCNC board members began filing PRA request to acquire the documents.

On January 24thDONE staffer Kori Paraga emailed the “complete” application stating that all records were included that were received with the application. Here is what was turned in. Note pages 3 and 8 have signatures in the same handwriting.  Also note the EPNC board members signatures despite not being eligible to vote.

Approximately 128 signatures were gathered, 12 of which (EPNC) were disqualified.  HCNC Board members forwarded the documents to colleagues in Chinatown who do not support the subdivision and requested that thesignatures be vetted.  Several of the signatories revealed that they had in fact NOT SIGNED.  This was reported to DONE with no response.  The DONE website claimed that 200-500 signatures were required.  How did one know how many signatures to capture?  By what was written on the application.  This was confirmed by the SRNC FC.

Butdespite the fact that this is a failed application by ANYONE’S standard, bureaucrat extraordinaire, Mike Fong reached out to Ms. Moyes on January 22ndand asked her send more signatures!Note that the application mandates no less than 500 signatures and the deadline clearly state January 15th.

Ms.Moyes waited for some unknown reason to deliver an additional approximately 166 signatures on January 30th. The PRA request included the correspondence where Fong made the request. (pg 19)   When HCNC DONE rep Mary Kim asked why they were being accepted, Mike Fong responded, because they are dated the 15th!  “These are not the droids you are looking for...”

When you are reviewing the above document take notice of how many names are penned in the same hand.  Literally pages and pages of them and even then they are not even remotely close to 500 signatures which is the protocol used in the previous subdivision and clearly statedon the application.

To date, the PRA for the “staff report” justifying the move forward has not been provided.

This is mostly for the entertainment of the DONEwatch Staff because you really cannot make this stuff up.  The excerpts below came from the HCNC Board Member who had requested to be added to the agenda.  EPNC board chair verbally assaultedthe HCNC board member over email by and attempted to school  her on ethics, while he lied to his own board members to garner support for his ex girlfriend’s (ex?)support letter.

“We asked to be placed on the agenda Tad, I’m not interested in your boring commentary.  Only you seem to be acting if they are above the law.  If you wish to challenge mine or anyone  else's action on the HCNC feel free.”

“I do not agree to being blackmailed or to anything other than presenting our position.  I do not recognize or accept the absent opinion of someone trying to get back into the pants of their ex girlfriend.”

“I'm also certain that you did not attempt in writing to garner my submission in exchange for a change in my behavior.  I would also remind you that u are in no place to state what will or will not change on a reconsider since we will be calling for you and Darcy to recuse yourselves and you do not speak for other board members.”  (Highlighted for emphasis)

HCNC board members DID attend the EPNC January 30th meeting where the vote to reconsider was passed.  Then came the discussion for them to rescind the letter.  EPNC Chair interrupted the speakers no less than 3 times each on a one minute public comment.

The HCNC Board member comment that put the nail in the coffin was this:

“This is so disappointing and disrespectful Tad (laughing from Chair). I’m glad you think this is funny. What is so disappointing is that I specifically asked that you recuse yourself because of your very personal relationship with the applicant. (Laughing stops and gasp from the entire board replaces it).

The vote came in to support rescinding the letter, 4 votes against and 2 abstentions.

Letter’s from Mike Fong on the same day? See you at the BONC Meeting.

Get involved and share your story. Let’s save out NC’s!