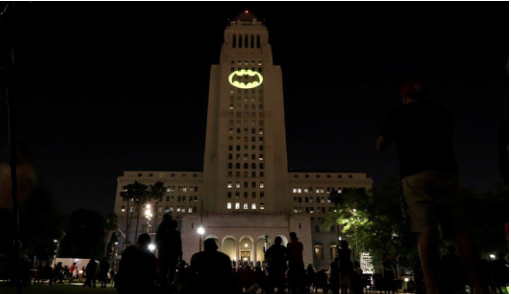 DONE WATCH-Allow me to be politically incorrect. We have a corrupt City system, a real life “Gotham City.”

Our city’s elected officials’ offices are being raided by the FBI for possible misappropriation of funds, we have a homeless population that continues to grow and yet, the city continues to build high priced housing units. We have city streets and structures deteriorating right before our eyes. Let’s face it, we have a city government that is self-serving and a neighborhood empowerment department that is failing our stakeholders by protecting our corrupt City Council.

Grayce Liu is the general manager of the Department of Neighborhood Empowerment and former director of Policy and Communication for the Neighborhood Council System. This is why I find it mind boggling that she would participate in communications that could be looked upon as a violation of the Brown Act.

More recently however, she has blocked the Budget Advocates outreach efforts, and in particular, the surveys administered to the stakeholders that give them the opportunity to express how they feel about the City elected officials and the services the city provides. In conjunction with all of this, she hired former mayor of San Fernando, Mario Hernandez, who, by the way, is not immune to scandal. In fact, he was removed as mayor of San Fernando for mismanagement and sexually inappropriate behavior.

Unfortunately for us, he fits right in with the city mayhem. This dynamic duo (Grayce & Mario) have managed to cause mass resignations of Neighborhood Council members throughout various areas within the city. The FBI has oversight of the City Council and Mayor Garcetti’s office covered, but clearly, the Department of Neighborhood Empowerment could use some major oversight as well.

The City of Los Angeles has become, simply put, an American city rife with crime and corruption that stems from the individuals who are sworn to a loyalty oath and a code of ethics but are in major violation of those oaths. Let’s see how things turn out following the FBI investigation. Skeletons are about to be shaken out of many closets.