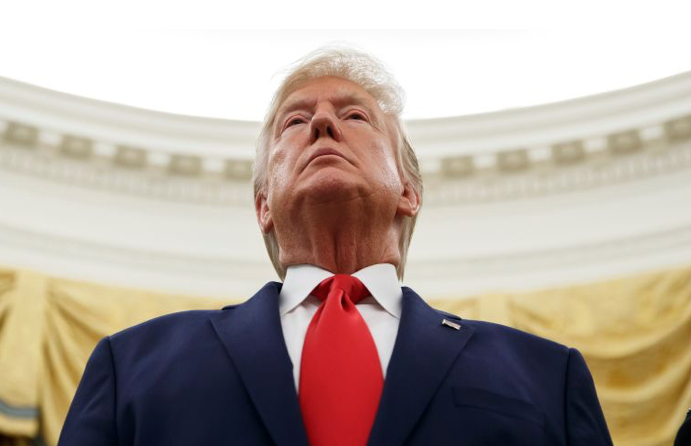 DC DISPATCH-In a normal judicial proceeding, when the Court speaks, it does so through orders. A court order is a command issued by a judge. If a judge orders you to appear for your speeding ticket hearing, failure to do so can result in a bench warrant or a default judgment. Penalties can also include jail time and fines.

A subpoena, also an order of the court, can be issued by either of the parties to a civil action and, if approved by the judge, can require a person to produce documents or appear in person to provide testimony. And like most CityWatchers, when faced with a court order, a subpoenaed party would cooperate. For many of us that may mean paying a speeding ticket or getting current on child support, because the fear of being held in contempt of court or jailed would frighten most people, especially given their unfamiliarity with judicial process.

Could you ever imagine being completely immune from any court order and/or subpoena? Life would be very different for most of us, if we thought that the arm of the law could in no way reach out and touch us. Yet, this is the position that Trump is claiming. He maintains that he is basically above the law and needs to answer to no one for his conduct. He also argues that anyone who works for him is similarly exempt -- in effect, claiming absolute immunity from any legal process. We are witnessing in real time what life is like for a person who believes this. In a country that promotes the rule of law, this monarchical conduct is simply not sustainable if Congress and the Courts are to have a role in running the country.

In his recent book, “The Warning,” Anonymous notes President Trump's familiarity with the legal system. When Trump became President, he had something like 3000 outstanding cases to his name. Anonymous recalls a conversation Trump had with a group of staffers when he paraphrased, “If you want to irritate someone threaten to sue, but if you really want to scare someone, file a lawsuit against them.” Trump is in the luxurious position of being able to rely on an army of Justice Department lawyers to bring his claims, however frivolous, and he no longer has the check of legal fees to control his conduct. He also has a group of lawyers led by Rudy Giuliani who work for him pro bono. Talk about carte blanche. No wonder he is tempted to abuse the American legal system.

We have a litigious expert in the White House and while rules of civil procedure may not be his strength, he is very familiar with the benefits of delay. Trump is now for the first time in his life concerned with outcomes. Even if he loses in the lower courts, there is always a higher court to appeal to and more time to prevent the public from getting access to whatever information he is hiding. When coupled with his constant attacks on Twitter and in the press designed to undermine whatever position his opponents may take, Trump has manipulated the legal system to his ultimate advantage -- likely assuring that he can defer any negative court decisions until after the election of 2020.

There are a few risks on the horizon for the President, however. The litigation calling for him to produce his tax returns is advancing at a faster than expected pace and is already pending review by the Supreme Court. The Court could decide to take one of the cases and stall a resolution until next year, or it could decline to hear the cases, letting the lower courts’ decisions stand -- in which case, the President could find himself suddenly exposed and forced to produce his taxes.

The House Permanent Select Committee on Intelligence (HPSCI) has issued countless subpoenas for both testimony and documents. Trump has instructed his subordinates at the Department of State, the Department of Defense, the Department of Energy, and the Office of Management and Budget (OMB) not to cooperate in any way, citing an unfair impeachment process. This obstruction of Congress is unprecedented and exceeds even the Nixonian example.

While the Democrats have managed to build a credible case working around the top layer, the testimony of Secretary of State Mike Pompeo and OMB Director Mick Mulvaney under oath, should under normal circumstances present the President's defense that his conversation with President Zelensky of Ukraine was a proper exercise of his foreign affairs powers and not, as Congress is alleging, an improper request to a foreign government for Trump's personal benefit in a political campaign. By refusing to cooperate in any fashion, it is logical that Congress would infer guilt from these parties' obstruction. Congress has also wisely refused to engage with Trump in the courts in trying to enforce subpoenas against these parties. The Congressional figures pressing Trump’s indictment know his game and are pressing on without them.

Even though Trump and his legal counsel expressly ordered parties not to appear before the HPSCI, it is amazing how many people have shown extraordinary courage to testify both secretly and in public notwithstanding the Presidential orders. The recent conviction of longtime Trump confidant Roger Stone for lying to Congress may also have served as a harbinger. When there is a conflict between the Congress and an Executive branch leadership that may be engaged in wrongdoing and covering up that wrongdoing, it may be prudent to comply with the subpoena. While the long arm of the law has not yet reached into the White House and taken hold of our President, it has caught up with some of those around him. If individuals very close to the President are now concerned that the blanket claim of executive privilege won’t protect them indefinitely, the President himself should be worried as well.

(Sara Corcoran writes DC Dispatch and covers the nation’s capital from Washington for CityWatch. She is the Publisher of the California and National Courts Monitor and contributes to Daily Kos and other important news publications.) Photo: AP/Alex Brandon. Prepped for CityWatch by Linda Abrams.