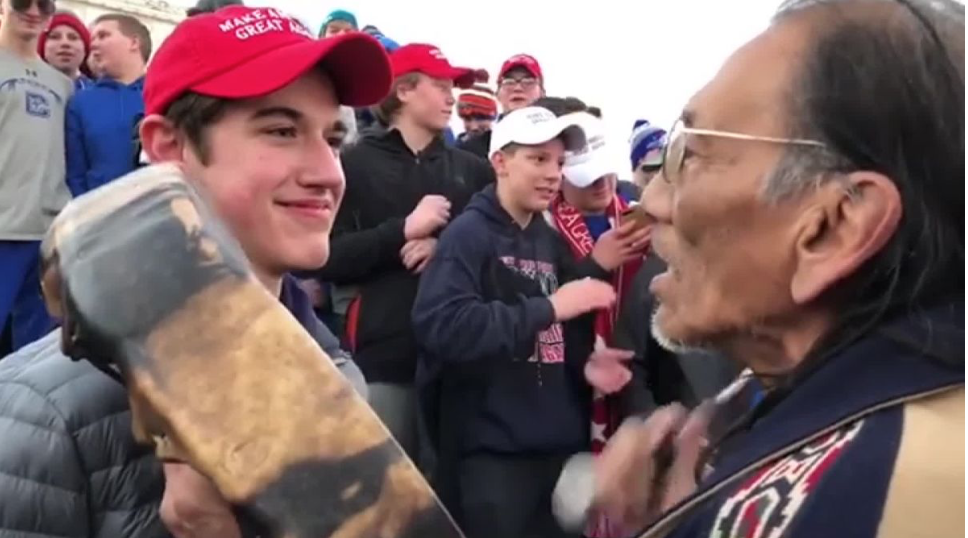 DC DISPATCH-On February 11, L. Lin Wood, an Atlanta based lawyer, filed a complaint in conjunction with Kentucky based lawyer, Todd McMurtry, in the Eastern District of Kentucky against the Washington Post (Wapo).

Kentucky does not have Anti-Slapp Laws -- laws designed to allow for early dismissal of lawsuits related to Freedom of Speech. Mr. Wood is an experienced defamation litigator who has represented multiple high-profile clients, including accused Atlanta bomber Richard Jewell, former Congressman Gary Condit, and Burke Ramsey the brother of Jon Benet.

The complaint was filed on behalf is Mr. and Mrs. Sandmann, as guardians of. The Plaintiff seeks $50 million in compensatory damages and $200 million in punitive damages for the harm Nicholas allegedly suffered as a result of the negligent, reckless, and malicious attacks both digital and in print. Sandmann asserts that these events have caused permanent damage to his life and reputation and were directed by malice. It is the events of January 18, 2019 that occurred on the National Mall in Washington, D.C. that serve as the basis for the civil complaint.

A group of Covington Catholic High School students from Park Hills, KY were in Washington D.C. to participate in a March for Life protest on the National Mall. Later that afternoon, the CovCath group received permission from the adult chaperones to view a nearby protest which involved Indigenous Peoples and the Hebrew Israelite group. After a few minutes of school cheers, a member of the CovCath group removed his shirt and twirled it in the direction of the Hebrew Israelites. Nathan Phillips, an American Indian and Marine veteran, approached the group of CovCath boys several minutes later and played his drum. He stopped in front of Nicholas Sandmann banging his drum and the rest is litigation.

In dispute is how the sequence of events unfolded. The lawsuit alleges that the Washington Post published six articles (four online and two in print version) intentionally defaming Mr. Sandmann in furtherance of a political anti-Trump bias. The complaint questions to what extent Wapo magnified its alleged bias by taking a distilled video and catapulting it into the mainstream media. The lawyers ask us to believe that Nicholas Sandmann was an innocent, helpless bystander watching an American Indian, Nathan Phillips, playing a drum.

We cannot know the state of Phillip’s mind, but he claims that he was trying to reach the Lincoln Memorial and the group of teenagers was blocking his path. He also claims that he heard people shouting, “Build that Wall.” Sandmann’s lawyer argues that Phillips’ action was intentional and aggressive against the boys rather than toward the Hebrew Israelites who were yelling racial and sexist slurs to all who would listen to them. This version of events is complicated by Phillips’ false statements that he was a Vietnam Veteran. NBC could not independently verify through videos that anyone had chanted “Build that Wall.” With his credibility damaged, all his actions and statements invited additional scrutiny and suspicion.

Upon viewing the full video of events, Wapo did correct the record. In the Editor’s Note published on March 2, 2019, the paper concedes that questions of Phillips’ account and background arose after the fact and that every attempt was made to correct the record. So, like the assembly lines at Toyota manufacturing plants that prosper from adopting “Just in Time Manufacturing,” so do media outlets.

As Toyota benefits from reducing times inside its assembly lines and response time from suppliers to customers, so does Wapo. In the public interest of getting a newsworthy story to press, at times the output is imperfect and can be subject to a recall. However, no serious injury occurs and the record is corrected after the fact.

Shockingly, Wood and McMurtry claim that Sandmann had no history of activism. I argue that it is due to his activism and agenda that Sandmann became a key player in the political drama that Wapo was reporting. Any person, even a minor, who engages in public protest knows that his or her actions may put them at risk. By wearing a hat that emblazons the eternal campaign slogan, “Make America Great Again,” Sandmann simply verified an additional tier of his activism that cannot be denied.

Sandmann stood his ground in front of Phillips, smirking, with his friends making tomahawk gestures at his side. Sandmann showed up on nightly television news shows and subsequently gave a series of interviews to the media, in particular to Samantha Guthrie on the Today Show, being viewed by millions. By relying on media outlets, Sandmann put himself in the public domain. He became a household name for what many would argue was disrespectful behavior. In fact, his actions could earn him a coveted position as an “Iconic Conservative Figure” who will be able to profit from his minutes of fame. A tour of the speaker’s circuit awaits Sandmann should he elect to plot that course. With President Trump voicing his approval of the minor’s actions, the value of one CovCath student’s brand has substantially increased.

Wapo has a documented history of covering protests in Washington DC. If a reporter was not on scene to report, then they must rely on third party accounts, such as the initial twitter video broadcast from a fake account (note that Twitter has immunity from lawsuits as a digital publisher under Sec 230 of the Internet Communications Decency Act, and hence is not party to the suit). Part of covering any event is identifying the interactions that are the most newsworthy. Often, this involves persons who represent disparate political viewpoints buttressed by signs, hats, chants.

In assessing the merits of the complaint, I sought the feedback of a high-profile former D.C. journalist and a lawyer. Ironically, they both stated that the “media (Wapo) should be slapped” largely in part due to the participation of a minor and its failure to treat him with special deference. What I found to be a slap to the justice system is L. Lin Woods’ attempt to file the complaint in Kentucky where no Anti-SLAPP laws exist rather than in Washington D.C. where the action occurred. D.C. anti-Slapp statutes would have protected WaPo. L. Lin Wood is clearly an expert at forum shopping.

The Arch Diocese of Kentucky was the party initially critical of Sandmann’s behavior as a departure from Catholic teachings and raised the possibility of academic expulsion. These statements did harm to Sandmann’s reputation in Kentucky and beyond. Their subsequent investigation and report exonerated the students but was limited in scope. Wapo reported on both the statements and investigation but was more thorough in interviewing witnesses, presenting several perspectives of the conflict. The Archdiocese is notably absent as a plaintiff in the suit, though recent rumors claim that CNN may be added as a defendant. Perspective on public events sometimes requires a second look. It is the job of a reporter to provide the best version of the truth at the time of the occurrence. Data points can migrate over time and the press must have the freedom to report on them without incurring liability.

From the Pentagon Papers to Watergate, WaPo has been reporting, breaking, and at times retracting some of the most epic stories of our time. Native Washingtonians know that Wapo is dedicated to developing stories without regard to political party affiliation.

WaPo and CNN were not created to further the agenda of the President of the United States, but to report upon it. Their scope of reporting includes the many protests and incidents where Trump MAGA hats are involved. Coverage of these types of events happens because of its newsworthy nature and not because the paper is colluding with its reporters to bring down the present Administration. If we allow media outlets to be a proving ground for litigants who benefit from their actions and are well aware of the risks associated with them, we take one step closer to dying in darkness.

(Sara Corcoran writes DC Dispatch for CityWatch. She is the Publisher of the California and National Courts Monitor and contributes to Daily Koz, The Frontier Post in Pakistan and other important news publications.) Edited for CityWatch by Linda Abrams.