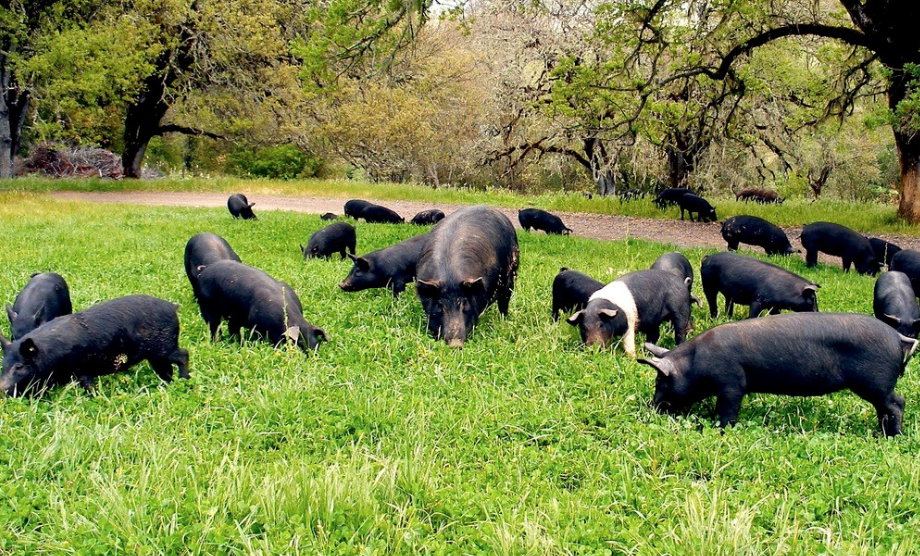 DC DISPATCH-Recently, North Carolina has been making national headlines for its tawdry and tainted congressional election, but for some observers, an equally interesting civil courts drama is playing out in the Tar Heel state: Iconic big-money asbestos lawyers are now driving hog farm lawsuits. Word is, California is on their lawsuit radar.

This week, as in four previous trials, plaintiffs suing hog farms for being an unreasonable nuisance are represented by Michael Kaeske, a Dallas attorney known for asbestos cases. His team is joined by Lisa Blue, the widow of Fred Baron, who made the Dallas-based Baron & Budd an asbestos litigation giant. Baron & Budd is also known in North Carolina because of Fred Baron's close relationship with former VP candidate John Edwards, allegedly helping conceal Edwards’ former mistress, Rielle Hunter, during Edwards’ VP run.

Baron & Budd is also notorious for its involvement in witness coaching described in the "Mystery of the Missing Memo." (I wrote about this strange practice in the Huffington Post back in December of 2017.) The memo is an asbestos-lawsuit legend, and significant because N.C. critics of the hog farm lawsuits claim that similar tactics are being utilized in their cases.

Multiple cases filed so far and in three of the four trials last fall, juries awarded a combined half-billion dollars in damages, although N.C. personal injury law caps should reduce that amount to approximately $100 million dollars. All the cases are being appealed.

It’s worth noting that the hog farm lawsuits do not make claims of environmental damage, health concerns or other damages. They basically claim the smell of hog waste has become an unreasonable nuisance that has diminished their quality of life. The resulting evidence, including decades-old government documents and detailed expert testimony rolling out over weeks, would seem familiar to anyone who has seen an asbestos trial.

In a possible legal strategy to fight asbestos lawyers with other asbestos lawyers, the defendants, after the first three cases, have been represented by Robert Thackston. Mr. Thackston, a North Carolina native with offices in Dallas and Los Angeles, has been associated with high-profile asbestos defense for decades.

The tables seemed to turn in the defendants’ favor for the fourth case. Senior District Court Judge David Faber, (a different judge than in the first three trials), refused to allow some of the evidence of the first cases. The jury awarded about $100,000 to eight hog farm neighbors and half of the plaintiffs received only $100. Then Judge Faber nixed the punishment phase of the trial.

This pattern of small client payouts relative to the award offers another parallel to asbestos litigation. Also, the three cases that went pro-plaintiff had a different federal judge than the fourth case which was pro-defendant. Off the record, many key asbestos lawyers claim that judicial attitudes carry too much weight in asbestos trials; similar claims from both sides are being made in the hog farm decisions.

"Those are emotional arguments," the judge ruled.

As this area of litigation produces more awards, just like asbestos litigation did, national politicians are also taking notice. They point out that these are federal trials with possible national implications for agricultural operations.

“We need to come up with model legislation, we need to figure out what the federal government should do,” said U.S. Sen. Thom Tillis, a N.C. Republican who was part of an agriculture roundtable in Raleigh last fall. “We need to send a very clear message to the trial lawyers: We’re bigger than you when we coordinate.”

Even media coverage is split along urban-rural lines, with The News & Observer, a California-owned Raleigh daily which won a Pulitzer in the 90s for a hog farm series, embracing an environmentalist tone. Outlets closer in proximity to hog farm communities have been more sympathetic to the farmers, including an in-depth investigative report from a Wilmington TV station offering a relatively sordid tale of out-of-state lawyers, angry state judges, and ethical quandaries.

In her report at WECT, journalist Casey Roman, also noted that "... the plaintiffs were enlisted is a question with no clear answer. Spend time in any of the areas under scrutiny, and you will hear wildly different stories. On one side are accusations the legal teams went door to door recruiting plaintiffs for an issue the lawyers manufactured under the promise of a big payout." Roman counters that “.......on the other side the plaintiffs had been pleading for relief for years with no recourse until finally a legal entity would hear their case and offer their services.”

She also reports that the farming community found significant fault with both the trials’ location in the urban “Research Triangle” and the fact that jurors have not visited the hog farms. She says, "... they said they feel it is unfair that city-dwelling jurors would be tasked with making a verdict on how agricultural areas operate."

The WECT report also explains the details of who is named in the lawsuits. Hint: It's not the actual farmers in question, but the company contracting with the farms. Of course, pitting sympathetic plaintiffs against deep-pocketed corporations is a staple of asbestos lawsuits.

Could this be another parallel? With two dozen hog farm cases pending in North Carolina, with about 500 plaintiffs, hog farm cases are gaining velocity. Considering the livestock industry in California, we will likely see this type of “asbestos-style” ag litigation gain momentum on the West Coast. Will the Bear Flag State be tarred and feathered during the year of the pig?

What remains to be seen is if, like the asbestos cases, awards push hog farmers into bankruptcy and create court-ordered bankruptcy trusts to handle settlements.