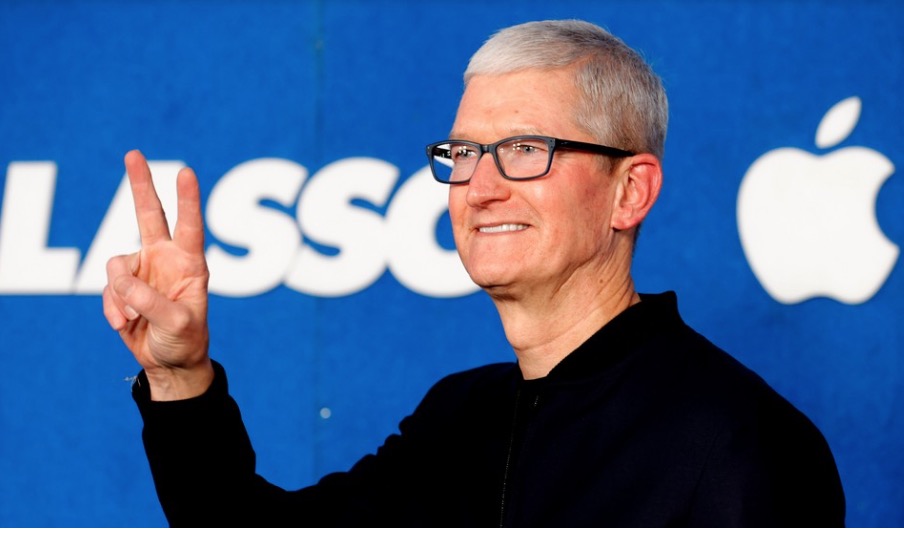 FAIR WAGES - Would you like to see the evidence that shows how top American corporate CEOs are contributing far more to the success of their enterprises than their British counterparts?

Sorry, that evidence does not exist. We have no research that demonstrates the superior talent of top U.S. corporate execs.

Nor do we have any evidence that shows the superiority of British rank-and-file workers over their American counterparts.

Why go looking for evidence that compares the performance of CEOs and workers in the UK and USA? Simple. We have some stunning new data on the pay of British and American CEOs and workers.

The London-based High Pay Centre has just released an analysis of British public opinion toward corporate pay gaps in the UK. These gaps are now running disturbingly wide. The typical chief at one of the UK’s 350 biggest corporations is taking home 53 times the company’s most typical worker pay. Eight of those companies are sporting CEO-worker pay differentials over 200 times.

Over half of the UK’s top corporate execs, in other words, are making more in a week than their average employees are making in a year. What does the UK public think about this state of corporate pay affairs? Not much. A new High Pay Centre national poll shows that only 3 percent of the British public see CEO pay over 50 times average worker pay as “appropriate.”

What would be an appropriate pay gap? Nearly two-thirds of the British public want to live in a nation where top corporate CEOs make no more than 50 times their average worker pay. Nearly half the British public — 49 percent — want to see a gap no wider than ten times.

Count the UK’s top labor leader, Trades Union Congress general secretary Frances O’Grady, as one of those who want the pay gap capped at some rational ratio.

“The whole workforce deserves to share in the success of a firm, not just those in the boardroom,” O’Grady noted after the High Pay Centre poll results release. “It’s time to set a maximum ratio between the top earner in each firm and other workers.”

If that time has now come in the UK, that time should have come years ago in the United States. Back in 1989, the Washington, D.C.-based Economic Policy Institute reported last August, CEOs at the top 350 publicly traded U.S. corporations were realizing an average 61 times typical worker compensation. By 2020 that pay gap had reached 351 times. In one recent year, the Institute for Policy Studies notes, America’s 50 highest-paid execs all made over 1,000 times their typical worker pay.

The personal finance site, GOBankingRates, has taken a stab at translating gaps this wide into hours and minutes. In 2019, the site’s analysts point out, Intel CEO Robert Swan pocketed just under $67 million. Swan matched — in just one hour and six minutes — that year’s average annual income of families in America’s poorest 20 percent.

What could possibly justify pay differentials this wide? Well, if CEOs in America’s peer nations — like the UK — were raking in rewards at rates somewhere close to U.S. executive suite levels, then corporate flacks in the United States could argue that American corporations, to be competitive, simply have to pay the going rate for CEOs with the skills that a globalized economic order demands.

But CEOs elsewhere in the world are making nowhere near what U.S. CEOs are making, as the latest British corporate pay figures show. And British CEOs, we know from other research, are actually making more than their peers in Japan, Germany, and the rest of the industrial world.

So what can we do to restore some basic fairness to executive compensation in the United States? We can start establishing limits on the gap between CEO and worker pay, as the British labor leader Frances O’Grady and many other observers of our contemporary economic scene have urged.

Action on these fronts has already begun. Two cities in the United States, San Francisco and Oregon’s Portland, have enacted measures that tie CEO-worker pay ratios to business tax rates. Similar proposals are pending in a number of other states and at the federal level as well. Inequality.org’s CEO-Worker Pay Resource Guide is keeping tabs on the progress these initiatives are making.

Moving seriously in the direction these initiatives are pointing us toward, we need to remember, would be more than a matter of simple fairness. We need our corporations to be both fair and effective, and decades of “effective enterprise” research has establishedthat these goals go hand in hand.

This research has explored a core question of modern economic life: How do we turn hundreds or thousands of people who don’t know each other — and may not even know much about the work they’ve been hired to perform — into an operation that efficiently produces goods or provides services? Over a century ago, industrial engineer Frederick Winslow Taylor thought he knew the answer. To make enterprises effective, he preached, managements needed to manage — down to the most minute details of the work to be done. Taylorism — the notion that workers need to be carefully scripted, motion by motion — would go on to flourish in the new 20th century.

Today, a century later, the nostrums of Taylor’s “scientific management” seem a quaint, even barbaric, relic of a distant past. No contemporary business leader would dare suggest, at least not in polite company, that employees only do good work when management tells them exactly what to do and how to do it. Instead, modern execs orate, at every opportunity, about empowering workers.

In the old days, this corporate empowerment mantra goes, enterprises could prosper churning out the same product by the millions. In the new Information Age, by contrast, enterprises only do well when they customize products to what customers want. And who knows what customers want? The workers at the front lines, the employees who interact directly with consumers.

The effective enterprise, the mantra continues, also values workers on the production line, because modern production operations must be constantly changing to keep up with evolving consumer preferences. Who better to help figure out how to change, how to produce products ever faster, smarter, and more efficiently, than the workers actually involved in the producing?

Noble sentiments. All regularly ignored in Corporate America’s day-to-day operations. Only a small fraction of the companies that claim to be empowering workers, one Journal of Business study has found, were actually engaging in any serious empowerment. Another study, in the Administrative Science Quarterly, has concluded that top execs are essentially just going through the empowering motions.

What’s stopping American business from creating the employee-empowering “new logic” enterprises the Information Age so clearly demands? Many observers sum up the obstacles to enterprise effectiveness in one word:  bureaucracy.

Bureaucracies, sociologists tell us, grow naturally — and inevitably — in enterprises organized along hierarchical lines. In the classic corporate hierarchy, workers sit at the base of a steep pyramid. Above them rest layers upon layers of management. The more layers, the steeper the pyramid, the greater the distance between actual workers and ultimate corporate decision-making authority. To succeed in the Information Age, analysts contend, enterprises need to “flatten” these towering pyramids.

But enterprises in America have done no such thing. Hierarchies in Information Age America have turned out to serve a real purpose. They help ensure that excessive executive pay remains excessive. They amount, in essence, to income-maintenance programs for top execs.

Peter Drucker, the father of modern management theory, described this income-maintenance dynamic decades ago. In any hierarchy, Drucker noted, every level of bureaucracy must be compensated at a higher rate than the level below. The more levels, the higher the pay at the top. Hierarchies would remain appealing to executives, he argued, so long as they prop up and push up executive pay. His solution? To make hierarchies less appealing to execs, limit executive pay. No executives, Drucker urged, should be allowed to make more than 20 times their worker compensation.

Those who care deeply about building effective enterprises have drawn one clear conclusion from the work of Peter Drucker and like-minded analysts: Enterprises that crave the best their employees have to offer ignore gaping differentials in corporate compensation at their peril.

So what’s the best way to pay people in a modern corporation? Fortune magazine has boiled down the apt advice of corporate critic Alfie Kohn: “Pay well, pay fairly, and then do everything you can to get money off people’s minds.”

Extreme inequality, within the enterprise, keeps money on people’s minds. Deeply unequal enterprises have never been effective over the long haul. They never will be.

(Sam Pizzigati, veteran labor journalist and Institute for Policy Studies associate fellow, edits Inequality.org. His recent books include: "The Case for a Maximum Wage" (2018) and "The Rich Don't Always Win: The Forgotten Triumph over Plutocracy that Created the American Middle Class, 1900-1970"(2012). This story was featured in Common Dreams.)