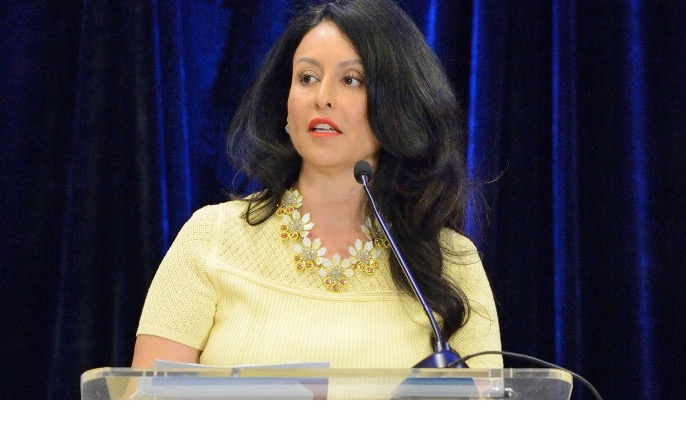 GUEST COMMENTARY - The decision to “suspend” Councilmember Ridley-Thomas last October 2021, continues to cast a growing cloud over the governance of the nation’s second largest city and the leadership of its fifteen-member City Council.

Council President Nury Martinez continues to govern like a feudal lord, as if the Council is her personal fiefdom, she operates with politics of intimidation. In doing so, she takes big-City politics to a new level of “low” and makes a mockery of major issues that deserve careful analysis, deliberation and public scrutiny before Council votes are taken. Nowhere has this been more evident than with issues concerning the Tenth District.

The most recent example: the fate of Ridley-Thomas’ compensation.

For over two months, the Rules Committee (chaired by Martinez) has refused to consider motions aimed at informing the Council about the legal basis for City Controller Ron Galperin’s unilateral decision to revoke Ridley-Thomas’ pay and benefits following the October 20, 2021 vote to suspend him, engineered exclusively by Martinez.

Under the ever-brightening light of this Council dereliction of duty, two motions were introduced by Councilmembers Krekorian and Cedillo (August 2, 2022) and Price and Harris-Dawson (August 9, 2022) following news that Ridley-Thomas had filed a lawsuit against the City to restore his pay and benefits.  According to news reports, he delayed formally serving the City and starting the clock on court filings from the City in response in an apparent effort to resolve the compensation matter without the lengthy and costly court battle that the City of Los Angeles is almost certain to lose. With a pending lawsuit as a basis for action, the Council could exercise its authority to dispose of legal claims against the City. Each motion, if approved, would start that process.

According to the Ridley-Thomas suit, there is nothing in the City Charter that gives Galperin the authority to revoke a Councilmember’s pay.  Nury Martinez’s motion to suspend Ridley-Thomas just six days after his federal grand jury indictment for alleged activities while on the Board of Supervisors was silent on the compensation issue.  In her haste to suspend him, the Council President undertook no evidentiary hearing or Committee review of the motion, doing so could have explored the consequences of the decision, including the provision of the Charter that prohibits a sitting Councilmember from earning outside income.

As Ridley-Thomas maintains his innocence, he has not resigned and is still technically a member of the City Council. Thus, the Council’s suspension amounts to an administrative leave. The Controller’s decision to revoke his pay amounts to making the leave “without pay” absent was the direction to do so by the Council and no finding of guilt or wrongdoing by a court of law or administrative procedure. I underline because these issues are critical, they show a clear dereliction of duty by this sitting Council. These facts reinforce the increasingly widespread public belief that Ridley-Thomas was denied the same due process regularly accorded both law enforcement officers and civil servants.

The Council members who sided with the Council President on the “emergency” rule waiver granting consideration of her suspension motion within 24 hours of introduction followed Nury Martinez aimlessly into quick-sand, no questions asked. By deciding to go along with Nury, they clearly forgot that each one had been elected by residents in their individual districts. Each Council member is expected to make rational decisions, based on facts, independent research, analysis of how the decision would affect their constituents and the City of Los Angeles as a whole. The lack of due diligence in this matter is astounding and embarrassing. Their behavior points to a group of poorly educated, easily influenced individuals who lack both rigor and back bone to insist on informed decision making. Unfortunately, these highly paid elected officials are just fine following the Council President into a deep, slippery ditch – as usual, all of us, each taxpayer and voter, especially the disenfranchised 10th District shoulder the cost and burden of their poor decisions.  What must they have been thinking when they acquiesced to this Council President’s hasty decision to act on the suspension before properly exploring the consequences? One year later, this was no emergency – a clear abuse of power, a power grab and punishment for a sitting councilmember who Martinez feels “deserves to suffer”.

And what can we make of the Council’s failure to demand that Martinez schedule for hearing reasonable motions to request the City Attorney to respond and provide an opinion on the issues related to pay and benefits that are now the subject of litigation brought by one of their own colleagues?  Surely, the Council members have an obligation equal to hers to act in the best interests of their districts and the City to minimize legal exposure and expense, both of which would be informed by the legal opinion at least four members of the Council requested in early August 2022.  Or, do they continue curry favor and acquiesce to a Council President notorious for arbitrary and capricious decision-making in exchange for the a plumb committee assignment or favorable vote on a pet project?

It would be good to know details of the deals she is hiding behind eliminating the 10th District Representation. At this point, it can’t reflect favorably on the Council its President or the city, it is likely unfair to many people living in the city of Los Angeles, it has certainly been detrimental to residents living in the 10th District and voters need to know what’s really going on here.

So then, what about the Council President’s failure to schedule motions introduced in August 2022?

Is Martinez afraid that the City Attorney will opine that nothing in the City Charter or case law gives the City Controller any authority to take the unprecedented step of unilaterally revoking a Council member’s pay and benefits? Will her own lack of diligence be exposed? What does she know about the Controller’s action and when did she know it?  And if it were not her intention to have Councilmember Ridley-Thomas’ pay revoked as she told a delegation of South Los Angeles pastors in February, what has she done to rectify the problem she instigated? What is the reason no other law enforcement or civil servant have their pay revoked when placed on administrative leave? Why this Councilmember?

Councilmember Ridley Thomas maintains his innocence and continues to fight for his right to a fair trial, due process and adherence to the City Charter oath he took, the same oath his colleagues made to uphold on the Council. In spite of the immense pressure he must be facing, no pay for a year and he refuses to be intimidated or prevented from demanding fairness and justice with the same vigor and intensity he has brought to advocacy on behalf of his constituents. Even as he prepares for trial, he has filed a lawsuit against the City for their actions related to his pay and benefits.

While we await his federal criminal trial – to which he and every US Acitizen is entitled, – we must consider the actions of the City Council’s leadership.

Such leadership has caused more than a few observers to raise questions about the practice and actions of the Los Angeles City Council. Council President Nury Martinez’s decisions and leadership appear to have ignored fundamental principles of law and democracy, while rendering her Council colleagues embarrassingly impotent in a colleague’s quest for what is right.

A year ago, Martinez and Galperin took it upon themselves to step into the roles of both judge and jury in a Federal case that is still yet to be heard by a Federal judge. Outrageous!

I sincerely hope there be consequences for these two officials.

(Bridget Gordon is a resident of Jefferson Park in Council District 10 and a contributor to CityWatch.)