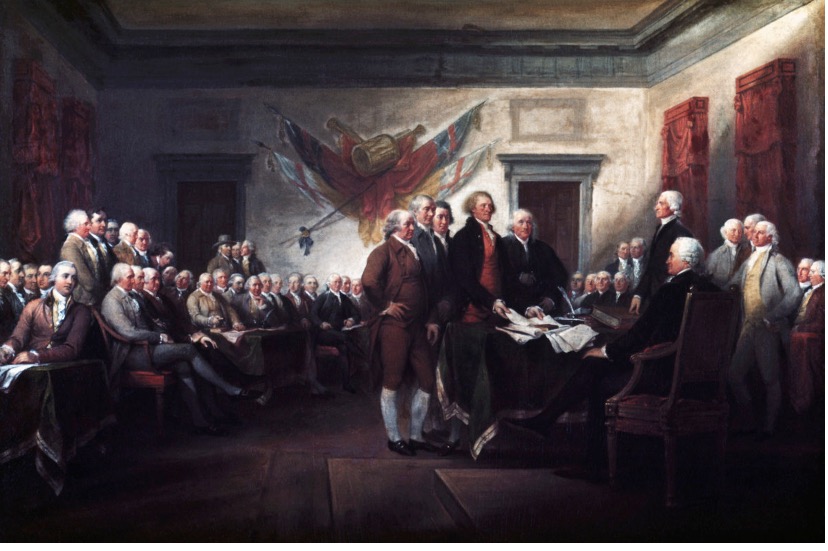 A VIEW FROM HERE - In 1776, America Founded Itself on Two  Revolutionary Theories.

(1) Adam Smith’s Wealth of Nations, and (2) The Declaration of Independence’s individual inalienable rights. Together they were a formula for success for not only America, but for the world.  Adam Smith set the parameters for an economic system which would produce ever increasing prosperity for mankind, while the Declaration provided the political philosophy within which Smith’s economics could operate.

Because ideas are abstract, no one can hold the economics of Adam Smith or the inalienable rights in their hands like they do a rock or an AK-15.  The Founding Fathers created a system where each person had inalienable rights, but, to put it crudely, the masses are asses.  To be less cynical, neither the new economics nor the new political philosophy was a perpetual motion machine which once started would eternally run without assistance.  Both required that people with the intelligence and the integrity (aka character, morality, ethics) to make the crucial decisions.  For this reason, the Constitutional Convention rejected forming a democracy. Eventually, democracies fall due to the unrestrained passions of the Ignoranti.

In economics, protection of the price system was the most vital goal.  Not until John Maynard Keynes’s publication of The General Theory of Employment, Interest and Money in 1936 was the government’s role in preventing the Boom Bust cycle of laissez faire capitalism explained.  America did quite well until Keynesian economics was destroyed in 1999 with the repeal of The Glass Steagall Act.  The balance of this article, however, deals with the destruction of individual inalienable rights and the common welfare, culminating in internecine warfare based on group rights.

The Declaration Has The Key to the Individual Prosperity

Under the Declaration, each individual has “certain unalienable rights, that among these are life, liberty and the pursuit of happiness. That to secure these rights, governments are instituted among men, deriving their just powers from the consent of the governed.” Securing individual inalienable rights requires a government. Since each individual had the same inalienable rights, the government had to benefit everyone, i.e., the common welfare.  As Thomas Hobbes had shown, not providing for the common welfare was known as the state of nature where life was “nasty, brutish and short.”  Americans rejected Hobbes’ tyranny as an acceptable way to protect individuals from each other.  Instead, they hit upon a Goldilocks Solution – not too strong and not too weak, but just right. Because the Articles of Confederation proved that a weak government could not secure inalienable rights, we convened the Continental Convention in 1787.  Among other goals, the resulting constitution’s preamble identified two key purposes: (1) “to promote the general Welfare,” and (2) “to secure the Blessings of Liberty to ourselves and our Posterity.”   The inalienable right of liberty was inextricably linked to the common welfare.

Factions, aka Group Rights, Were the Greatest Danger to Both the General Welfare and Inalienable Rights

Because the founding fathers lived in an era plagued with the incessant wars and destruction caused by group rights, they made certain that individual inalienable rights were the foundation of the legal system.  Because people recognized that the body of Constitution itself did not do enough to protect individual inalienable rights, the Bill of Rights (The first ten amendments) were added in order to obtain ratification by the states.  The First Amendment explicitly guaranteed certain liberties.  Nothing in the Bills of Rights even hinted that it was an exhaustive list of freedoms or that any freedom not enumerated did not exist.

The First Amendment not only protects certain freedoms, but it excludes from government the most notorious aspect of group rights, i.e. religion.  The bargain was this: each individual may have their own religion but religion is expressly excluded from government. The framers knew that organized religions were the most violent and murderous of groups, and if they had any role in government, they would use their power with no regard for the common welfare or individual liberties.

The Third Amendment had the same purpose. “No soldier shall, in time of peace, be quartered in any house without the consent of the owner, nor in time of war but in a manner to be prescribed by law.”  If the federal government could station its forces inside the homes of individual citizens, then it could destroy a state’s militia. Those who agitated for a stronger central government or even for a return to the monarchy were seen as a group, asserting certain group rights over individual inalienable rights.  The framers considered a majority of the voters to likewise be a group which was the main reason they formed a republic rather than a democracy.

Why Group Rights Are Lethal to the Common Welfare

Groups initially focus on benefitting their members, but soon groups obsess over the evilness of The Other.  When they believe that they can capture the government and then impose their will on everyone else and exile the evil outsiders, their orientation shifts from self-improvement to eradicating the other.  They adopt the philosophy that extremism in pursuit of virtue is a virtue.

When a group feels an existential threat from the outside, moderation becomes a vice; eventually, moderation becomes domestic treason.  Since the extremists in any group are the most ardent, they become the most committed to the cause.  Their fear and loathing of the external Other turns against those within their group who are not as passionate.  Even though the extremists may be a minority within their group, their viciousness allows them to dominate and then demonize moderate voices.

When much of a nation has been divided into two opposing groups rather than seeing themselves as individuals who may at time agree or disagree with fellow countrymen, the nation becomes polarized. Because the extremists of both groups veto any moderation, the bulk of the population becomes hostage to extremists.

The Democrats Are The More Lethal Political Party

Dems shun individual inalienable rights.  Rather, the Dems are organized on the basis of Group Rights, i.e. Identity Politics, where they promise each group that the Dems will trounce and eradicate the evil Other.  The core of Dems’ Identity Politics is a promise to Replace Whites.  Nancy Pelosi and other Dems have targeted White people as the evil ones and the minorities as holy due to a statistical fact gone berserk.  Pelosi and her ilk believe that when people whom they identify as “minority” become the majority of the voters, then they will vote away the Whites.

The Dems do not propose a crude, “Send them back to Africa, er, Europe Movement.”  They merely mean that the minorities will expropriate whatever Whites have and distribute it among the minorities.  In furtherance of their objective, the Dems currently press for slavery reparations.  They also have the propaganda that White people by virtue of skin color owe Blacks on the absurd theory that the only reason Whites have anything is due to oppression of Blacks.

This article is part I of a series on the destructive nature of group rights.  Follow-up articles will focus on (1) Why the Dems should 86 Nancy Pelosi ASAP, (2) Why the GOP Hates Individual Liberties, (3) How Polarization Has  Turned Wall Street and the Judicial System into Enemies of America.

(Richard Lee Abrams has been an attorney, a Realtor and community relations consultant as well as a CityWatch contributor.  You may email him at [email protected]) 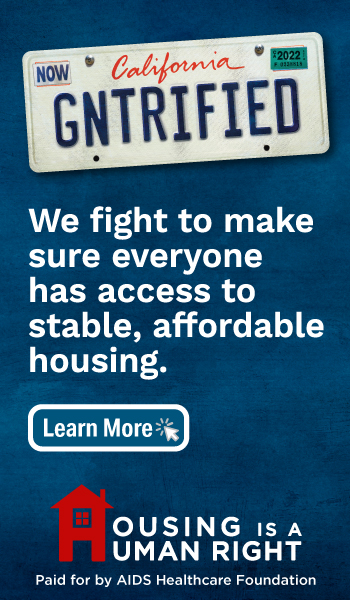