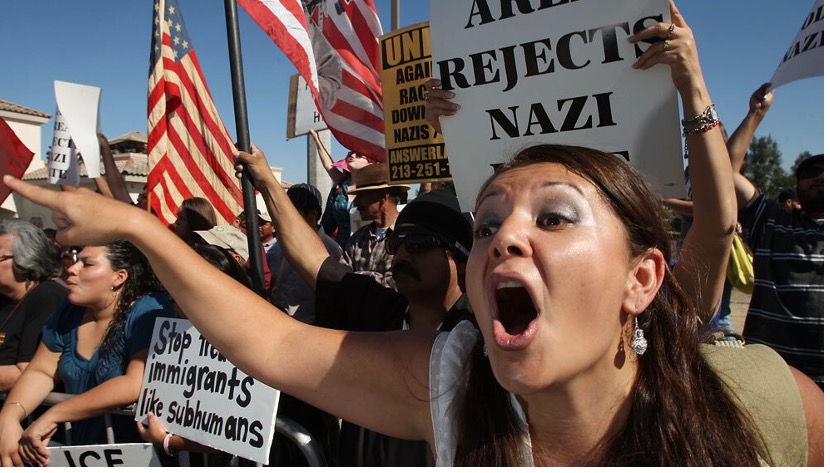 In his op-ed at The Guardian, West reacted to the Buffalo supermarket shooting not with surprise but recognizing the pattern of violence that stems from white supremacy.

Though President Biden flew to Buffalo to give his condolences and call out white supremacy for being “poison,” West writes that he failed to prioritize racial justice and see white supremacy as a true threat to democracy. Past attacks like the shooting of Emanuel African Methodist Episcopal church in Charleston and the hate crimes against Asian Americans during COVID only foreshadowed the Buffalo shooting, West wrote.

After the death of George Floyd, there was a marvelous display of multiracial solidarity, not just here but around the world. But the US has been unable to fight against this neofascist challenge. The Trump forces have got stronger. They have become the public face of US neofascism, and their targets are black people and indigenous people and LGBTQ people.

Trump is not out there with a gun, but he is leading a campaign continuing what Malcolm X called a war against black and coloured people. He is doing it within the electoral political system. He is not killing folks. But he bears responsibility in terms of the context. Have no doubt, he is still the dominant figure.

Not all of the responsibility falls on Trump and his cult followers, however. West criticized Biden’s statement last year that America was not a racist country. We all know that’s a lie, but West asked how can we just not address the “vicious legacy” of racism and white supremacy?

“Shame on you, you dropped the ball,” said West, addressing Biden and the Democratic Party. “They must be vigilant and stop acting as if these murders are something they can address in a couple of weeks and then move on. Race is the most explosive issue in the history of this country: from war to civic strife to Buffalo.”

West said racists need someone to make them understand they are living in a changed society. You know, a society where Black people have rights. On the other hand, he encourages Black people to respond to our current situation with grace and dignity; the same grace and dignity held by the Buffalo shooting victims.

(Kalyn Womack is a write for The Root, where this story was published.)