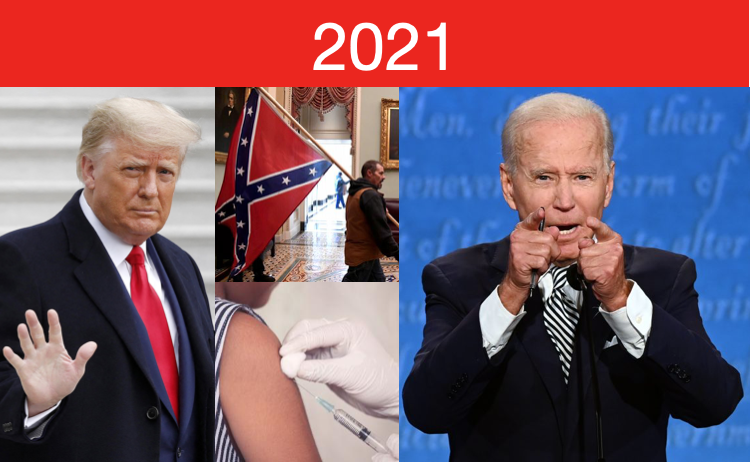 COMMENTARY - The year 2021 started with high hopes, the coming victory over Covid, the coming inauguration of a Democratic president, and the banishment of a querulous one.

A brighter day that did not dawn and, instead, has stretched into a very long and trying time.

Trump did not go quietly into any night, good or otherwise. He fought the truth of his loss like a ferret.

Rather than don the mantle of an older statesman for the good of the people, he fomented revolution in the common area between two symbols of American democracy, the White House and the Washington Monument.

The actions of the new President have faced countless challenges not only from the blinkered Republican leadership and the Trump acolytes in Congress, but from reactionary members within the Democrats’ own ranks.

And the vaccination of America has been stymied by those who choose denial, and the lack of a commitment to ensure every human being on the planet received their jabs leading to more and more infectious variants.

As 2021 draws to a close and a new year is inaugurated, let us hope for a renaissance of hope and the growth of harmony, here at home and around the world.

The challenges we still face are monumental but, instead of giving into the sense of being overwhelmed, how about taking one small action each day.

Surely everybody is capable of summoning up a smile, helping your neighbor haul their tree to the curb, thanking the phone worker who solved your problem, making another person feel special if only for the moment.

Make your New Year’s Resolution a commitment to participate in a year-round season of giving.  Make everyone your “someone special”.

Out of crisis comes opportunity, and the road home starts with one step at a time.