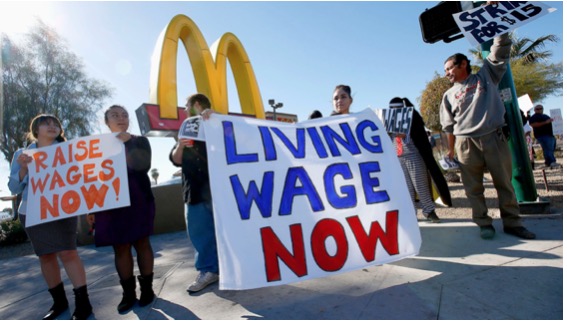 ECONOMY - What does it really take to stay afloat in California?

A voter initiative on the state’s minimum wage could spark serious conversation around that topic — whenever it finally makes it onto the ballot.

The Living Wage Act was excluded from the November election because of a failure in the initiative process, but the basics are intriguing: a raise in the minimum wage for workers to $18 an hour by 2025, with smaller businesses given until 2026 to comply. That would race well ahead of the state’s current schedule, under which the inflation-adjusted minimum will rise to $15.50 in 2023 and is projected to hit about $16.50 by 2025.

That is no minor difference. Raising the minimum wage to $18 elevates the earnings of more than 5 million California workers, or 26% of the state’s workforce, according to research by the UC Berkeley Labor Center. It would lift 3.5 million residents above the federal poverty threshold, per a policy brief by Michael Reich, co-chair of Berkeley’s Center on Wage and Employment Dynamics.

These are predominantly workers of color and women, two groups whose compensation has historically lagged in the labor marketplace because they fill millions of low-wage jobs up and down the state.

“We are not going to stop pushing for a better minimum wage for California workers,” said Anna Bahr, a spokesperson for Yes on the California Living Wage Act. “It’s too critical an issue to simply wait on it.”

Yet $18 ought to be nothing more than a starting point, if the idea is to pay a worker enough to afford even basic needs. “Clearly, $18 an hour is not a living wage for most people in California unless they’re single and in a very specific part of the state,” Bahr said. “We’re under no illusions about the cost of living here.”

The MIT Living Wage Calculator removes any such illusions. Created in 2004, the economic modeling program takes into account location-specific costs for housing, food, transportation, health insurance, child care and other necessities, and estimates what a worker would need to earn to meet those basic needs while maintaining self-sufficiency (no government help).

For two adults with one child living in California, a single worker in that household would need to make $40.78 an hour under the MIT model. If both adults worked, the figure would be about $24 an hour per adult. That is a statewide average, of course; the two adults with one child, one adult working figure is $41.47 in Los Angeles County and $53.63 in San Francisco County, while in Shasta County, it drops to $34.64.

So there is plenty of variation — but all of it lies well above the level of a minimum wage. And while in some ways these are two different conversations, they meet when contemplating what is the very least an employer ought to be required to pay its workers. 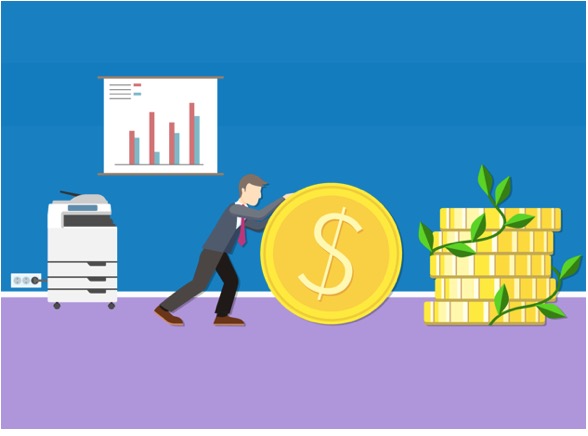 The Living Wage Act’s proposed $18 per hour wasn’t pulled out of the air. Bahr said that the group, fronted and funded by Los Angeles startup investor Joe Sanberg, conducted polling on a range of hourly wages up to $24, “and $18 was sort of the sweet spot where businesses could handle it and people on all sides of the political spectrum were open to it.”

That dovetails with analysis done by the Labor Center at Berkeley. Enrique Lopezlira, director of the center’s Low Wage Work Program, said researchers there have determined that anyone who makes less than two-thirds of the median income in a given area of California should be defined as a low-wage worker. In 2021, that figure was $18.02 per hour.

Voters almost certainly won’t get a chance to address the proposal this fall, after a Sacramento County judge ruled that its proponents missed a deadlineto submit enough valid signatures to qualify it. (Sanberg and his staff argued that the secretary of state’s confusing instructions led to the miscues.) The measure already has been cleared for the 2024 ballot, but Bahr said the group will pursue a legislative route in the meantime.

If the stakes feel high, it’s because they are. Workers affected by the minimum wage in California are overwhelmingly adults, not teens. They earn significant portions of their family incomes. They perform the kinds of essential jobs — food service, agriculture, transportation, hotel and restaurant work — that were devastated by the early months of the pandemic and whose employers still have not bounced back completely.

Maria Hernandez, a spokeswoman for UNITE HERE Local 11 in Southern California, said that of the 13,000 hotel workers represented by the union there, only about 11,000 have been able to resume their jobs. In multiple interviews with Capital & Main over the past two years, many of those workers explained that they lost whatever savings they had while trying to survive extended mass layoffs in the industry. (Disclosure: UNITE HERE is a financial supporter of Capital & Main.)

The economic fates of many people of color rest on wage scales set by a locality or the state. The Labor Center study found that although Latino workers make up 40% of California’s labor force, they would account for 55% of the workers affected by a wage raise to $18.

For the more than 5 million workers affected, such a move would constitute a 5% uptick in their earnings — roughly $1,349 more income per year, the center estimates. At $18 an hour, almost 16% of Los Angeles County’s workforce would get a raise, more than 11% in Orange County, and more than 12% in San Diego County.

“We know that this is different from a real living wage,” Lopezlira said. “But it’s also different from a poverty wage.” That is the razor-thin margin upon which millions of Californians live — and it’s the reason why every discussion about the state’s minimum wage is a critical one.

(Mark Kreidler is a California-based writer and broadcaster, and the author of three books, including Four Days to Glory. His article is published in Capital and Main.)