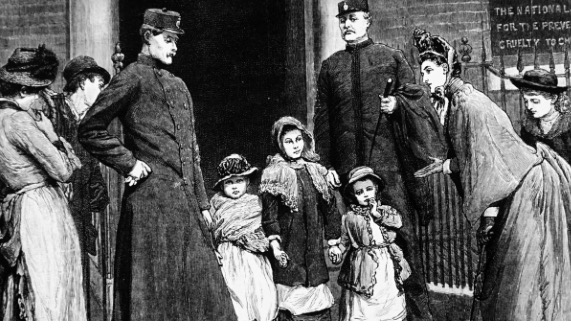 SAY WHAT? - As always, the competition was stiff. But this week's Head-Spinning Right-Wing Hypocrisy Award goes to former A.G., longtime fan of mass incarceration, and egregious, serial abuser of the prosecutorial power of office as a political weapon Bill Barr, who went on the T.V. - Fox, duh - to whine that New York A.G. Letitia James suing the Trump Mafia was an "abuse of office" and "political hit job" that "grossly overreaches when she tries to drag the children into this." Whew. There are so many layers of irony, fraudulence, hilarity and out-and-out dickishness here - where to begin? James' 220-page lawsuit, the result of years of exhaustive investigation, found that for decades Trump committed even more "staggering" criminal fraud than everyone thought, issuing annual financial statements packed with lies that wildly inflated the worth of almost all his crappy properties - for example, tagging the gaudy Mar-A-Lago as worth $739 million when its actual worth was maybe $75 million - to get loans, while simultaneously deflating them to avoid paying taxes.

"With the help of his children and senior executives at the Trump Organization," James said after the lawsuit was filed, "Donald Trump falsely inflated his net worth by billions of dollars to unjustly enrich himself and cheat the system." Of course his "children" - endangered animal-killer Don Jr., 44, fashion grifter and icky daddy's girl Ivanka, 40, doofus Eric who stole money from a kids' cancer charity and took the 5th over 500 times in a deposition for the suit though "only the Mob takes the 5th," 38 - are almost middle-aged executives of a multi-million company they helped manage while raking in millions from it, and oh yeah one was a "senior presidential adviser." Still, Barr argued in laughably patronizing fashion, none had the smarts to understand things like loans or contracts or financial statements: "The children aren't going to know the details of that, nor are they expected in the real world to do their own due diligence." And besides, Hunter Biden.

Many offered reality checks to this, along with some retroactive dismay that we had not just criminals but criminal children advising a president. James herself carefully laid out how all three mutant offspring were intimately involved for years in making valuations, negotiating loans and issuing financial certifications. Noted one legal analyst, "The thing about Bill Barr is that he doesn't actually read anything that he is making claims about." Others noted that Florida records list all three as Legal Officers in multiple corporations there, that they had decidedly adult titles - Ivanka was "Executive Vice President for Development and Acquisitions" but c'mon you can't expect adult behavior from a 40 year-old - and there were just five people in the Trump Organization with signatory authority: Trump, Don, Ivanka, Eric and Allen Weisselberg, who has pleaded guilty to tax fraud and is cooperating with prosecutors. In other words, these "children" - who all have actual children - are criminal adults doing what their criminal father taught them to do - lie, cheat and make money.

Reflecting the same level of denial, projection and moral flexibility, the guy complaining about a prosecutor using the power of their office as a political weapon turned the country's top federal law enforcement agency into Trump's personal law firm, spending most of his queasy tenure bending laws, prioritizng politics over justice, indulging in "major amnesia" when it came to his own misdeeds, and with his boss claiming, Mob-style, "The real crimes were on the other side." In the process, argued the watchdog group POGO, which documented his flagrant misconduct - "knee-capping" the Mueller probe, getting Michael Flynn off, stonewalling Congress, saving Roger Stone which  caused four prosecutors to quit - Barr repeatedly "strayed from (the DOJ's) commitment to independence and the rule of law...in a manner unbefitting to (his) position." So much for the crack-their-heads party of "law and order"; add Barr to the long list of odious miscreants who should be in jail, not bloviating on TV.

In fact it's entirely befitting that, say, the same day Barr got Roger Stone off, he made a smarmy speech to sheriffs blasting soft-on-crime "self-styled 'social justice' reformers" and celebrating those who ensure "a society where the law will be enforced" - not against billionaire offspring or Trump cronies, of course, but against, you know,those people. In The Atlantic, David Frum recalls learning from militant law professors in the '70s and '80s that the law could be used as a tool of class warfare, that the legal reasoning they were struggling to absorb was "a deception...an expensive drapery concealing the brute realities of political and class power," creating a nation "with liberty and justice for some." Young Barr heard that, he writes, and thought, "Alrighty then! Let's do it!" And so he did. A longtime fan of mass incarceration, Barr for decades has advocated tough-on- crime policies that mostly impact people of color and the poor; his basic stance: Prisons work, and we need more of them.

In 1992, Bush A.G. Barr issued 24 harsh recommendations, succinctly titled "The Case for More Incarceration"; a key element was cracking down on juvenile offenders age 14 or over by punishing them as adults. "The juvenile delinquency track must be beefed up," he wrote, "so that it intervenes sternly to make the juvenile accountable for his or her actions." This "tough love" tack sprang from the racist 1980s "super-predator" myth Barr embraced; its result, as intended, was an explosion in life-without-parole sentences given to children. Barr hammered home his merciless points in a chilling 1992 speech to a governors' conference on juvenile crime: "Habitual offenders.... Impervious to rehabilitation....Public safety demands these habitual and dangerous criminals be tried and punished as adults." He notedthat family, its own little DOJ, "is perhaps the single most important source of the values that will determine whether a child will respect and abide by the law." Ultimately, he said, "Some youthful offenders are simply criminals who happen to be young" - or grown-ass senior executives and presidential advisers.