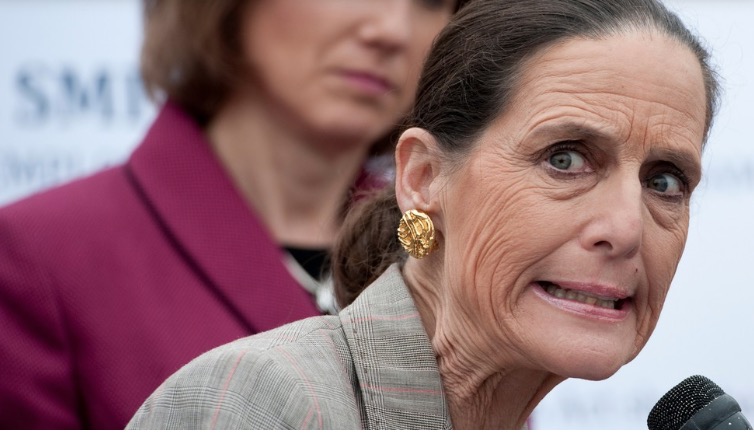 SAY WHAT? - With a Supreme Court overrun with religious zealots reportedly ready to void Roe v Wade and usher in a new crypto-fascist theocracy - Go Handmaids, Marthas, Aunties, silent wives and whores of Gilead! - GOP goons are already busy "removing the veils" of their anti-choice fervor and going full-on, red-meat, lunatic misogyny in their escalating efforts to remove any sliver of respect for a woman's right to choose her fate when confronted with an unplanned pregnancy. Despite the longtime support of up to three-quarters of Americans for that fundamental right, GOP lawmakers have introduced 536 bills in 42 states to restrict or outright ban abortion, all in lethal preparation for SCOTUS' anticipated reversing or at least gutting of Roe when it hears arguments on Mississippi's post-15-week abortion ban in June. Combined, all those state moves constitute a chilling blueprint for a no-abortion future now being eagerly mapped out by forced-birth activists emboldened by the country's rightward veer and enabled by a court majority of hateful partisan hacks. Thanks again, Susan Collins. No, we're not bitter. Kinda shocked, though: Cruelty, it turns out, really, truly is the point.

Many of these state bills, one more horrific than the next, go further than Mississippi's. Multiple states call for bans after six weeks - when, it's been furiously noted, many women don't even know they're pregnant - based on the insane concept of a "heartbeat," or "pulsating fetal cardiac cells," but sure, call it a child. Others - Oklahoma, Florida, Kentucky - remove the once-obligatory-in-the-name-of-decency exception to rape or incest. In Pennsylvania, every GOP Senate candidate wants to outlaw abortion; Texas is weighing a death penalty for women who get an abortion; Kentucky bans even legal abortion medication through the mail. Tennessee would ban abortion, period - no six-week window, no exceptions - and allow citizens to sue anyone helping or providing care to a woman seeking to end her pregnancy. Still, they have a heart: In a state with 5,796 reported sexual assaults in 2019 and 14-17-year-olds the largest group, the rapist can't sue a doctor (but his relatives can). Oklahoma, which ranks "51 out of 50 for quality of life for women," seeks a six-week, no exceptions ban, with harsh penalties on abortion providers up to a 10-year prison term; they also offer a $10,000 bounty to snitches.

In Ohio, enter grim zombie schoolmarm Jean Schmidt, who during stints in the state and U.S. House of Reps fought for guns, the words "under God," the Iraq war - "Cowards cut and run, Marines never do" - and, obsessively, the "rights of the unborn child," once to little kids, while trailing behind her over $500,000 of Turkish legal services in ethicsscandals. Having re-gained a state seat, she's sponsoring a Don't Say Gay bill and a Human Life Protection Bill (Whose life? Our life) that would ban most abortions - no exceptions - and charge doctors who perform them with a felony. The ban disturbed Democrat Richard Brown, who cited the likely trauma  inflicted on a 13-year-old rape victim forced to "deliver this felon's fetus," and plaintively argued, "I think this girl has rights every bit as much as the zygote." To this plain truth, the ghoul-like Schmidt gave pause, briefly; then she upped the grotesque lie-back-and-enjoy-it theory of rape by noting rape is "a shame" but abortion is worse,  and lookit the perks! "Rape is a difficult issue," she sternly intoned, but while "it emotionally scars the individual," it also offers a God-given "opportunity (to) help that life be a productive human being... Just because you have emotional scars doesn't give you the right to take a life." WTF. "Mind your business, lady," chided one appalled critic. "This female forgery does not speak for the majority of women." Later, Mean Jean literally ran away from press asking her to justify her barbarity. No wonder she ran. She killed empathy.