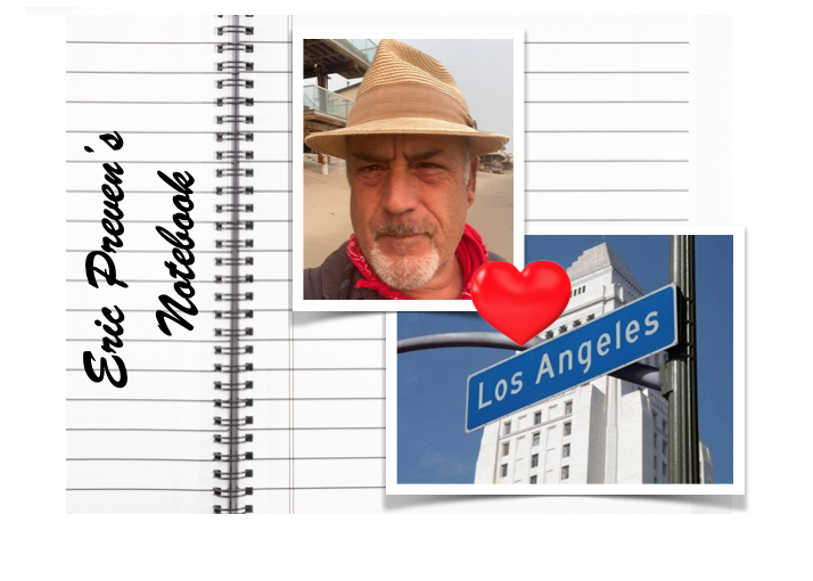 Honestly, it makes no sense that City Staff and Council can be in the John Ferraro chambers at City Hall with masks, but the pesky public cannot.  Puh-lease.

After the Friday meeting this week, the @LACityCouncil 's Friday meetings will be suspended AGAIN and council members will only meet virtually on Tuesdays and Wednesdays.

Obviously, the Council should be meeting MORE not less virtually and in person, for members of the public who are prepared to travel downtown with masks and proof of vaccination.  Like every other self-respecting jurisdiction for miles. Except for the Board of Supervisors.

"Local officials have imposed or recommended measures to promote social distancing, the City Council finds for all City Brown Act bodies that the state of emergency continues to directly impact the ability of the members to meet safely in person."

People who like to discuss the installation of a pedestrian hybrid beacon at the intersection of La Tuna Canyon Road and Canter Lane in Shadow Hills will tune in on Friday January 7,  for the very short agenda.  Some of us wonder how Nithya Raman is involved in the installation of a gate allowing the closure of the top portion of a public stairway at 3020 and 3030 Beachwood Drive in CD 4.

Kind of off-message for her, but gates can be effective.

$244,000  for Normandie Beautiful Streetscape by Redeemer Community Partnership (RCP)  a 501(c)(3) nonprofit community development corporation that has been working in the West Exposition Park neighborhood in South Los Angeles since 1992 is beautiful.

Not happy to see taxpayer dollars for coordinating a street banner across the L.A. region to celebrate and recognize Super Bowl LVI, which will be held on February 13, 2022.  Let the stadium owners and NFL cover all that crap.  rufkm

And a banner that says, "Working together to preserve our hillsides"   NOTE: hillsides often = where ____ people live.

Not always, like the Favelas in Rio Di Janeiro, but a lot of people struggling and hillsides ... do we need a $ campaign?

A $50,000 reward for information about a man who was murdered in June 2021. The heart goes out to the family, and we hope someone will testify for that money.  Now, the City Clerk has been instructed to publish the reward notice in the Our Weekly, Danny Bakewell's Los Angeles Sentinel, and LA Watts Times ... Alrighty, then.

Whenever someone dies, Twitter re-evaluates why Henry Kissinger has been spared. It's a very strange and awkward meme if that's what you call it.  It's kind of mean.

Eric Garcetti, who has been putting along on a very very slow boat to India to become the US ambassador there, if the Senate ever confirms him, must be watching the IOC debacle with great interest.

The IOC has been lambasted on the International stage for not cracking down sufficiently as if there is anything they can do about an alleged string of Human Rights violations in China. In particular, evidence has been credibly reported of as many as one million people in internment camps and coercive labor programs (Down, O'farrell!) supplying many leading fashion retailers (Down, Cedillo!). Questions about the Olympic uniforms swirl.

The mayor, who is quite spiritual and design-oriented has processed the reality of Rick Jacobs dashing his cabinet position hopes but is always reinventing and moisturizing.

In 2020  Nury Martinez served as mayor for approximately 18 days, light, even for a pandemic, when Garcetti was out of state.

In 2021 Garcetti was out for 45 days or more so Nury wore the top hat for nearly six weeks.  Not nothing.

The old speech, "my city needs me now... I need to be here" (hunkered down in a bunker refusing to comment on the Burlington nightmare) plays in the background as the mayor remains low profile to avoid any conceivable flare-up that would jeopardize his passage to India.

As Garcetti strategies about his first platform dive onto the global stage, a series of muffled whispers, "That's the guy who handed Casey Wasserman the 2028 Olympics."    "The privatizer bunny..."   "LA corruption, global 'behested' edition."    "He's got gold!" (in the 100-meter federal indictment).

What if the whole Olympics exercise brings more scrutiny and the house of cards... topples?

"Hey, isn't that the LA Olympics guy who privatized the games in LA?

Briefing on: The Diamond Sūtra,

Mr. Mayor, like so many Buddhist sūtras, the Diamond begins with the phrase "Thus have I heard"

In the sūtra, the Buddha has finished his daily walk with the monks to gather offerings of food, and he sits down to rest.

Elder Subhuti comes forth and asks the Buddha a question. What follows is a dialogue regarding the nature of perception.

He's trying to help Subhūti unlearn his preconceived, limited notions of the nature of reality and enlightenment.

Let me continue, Sir.  By emphasizing that all forms, thoughts, and conceptions are ultimately illusory, (or attorney-client privileged) he teaches that true enlightenment cannot be grasped through them.

In his commentary on the Diamond Sūtra Hsing Yun describes the four main points from the sūtra as giving without attachment to self, (so like accepting more behested payments than a small country but not personally benefiting until later) liberating beings without notions of self and other, (investing deeply and passionately in the homeless industrial complex) living without attachment, (while staying in five-star hotels and Maharaja palaces & embassies) cultivating without attainment. (dishing deals to treasured partners who gave when the giving was good)

Throughout the teaching, the Buddha repeats that successful assimilation of a four-line verse about impermanence appearing at the end of the sūtra.

a phantom, a drop of dew, a flash of lightning.

That is how to meditate on them,

that is how to observe them.

I've been meaning to return to ‘The Times.'  And on January 3rd Gustavo Arellano, the host who aims to bring you the world through the eyes of the West Coast, had the new Executive Editor of the Los Angeles Times, Kevin Merida on as his one guest.

I thoroughly enjoyed the chat.  Merida explained "The challenge is right here in Southern California... we have to go to the neighborhoods; host block parties... create portraits in black communities.  Before people subscribe, there needs to be a mutual understanding. They need to see you, to lay the groundwork for a subscription."

Shawn Hilton, who works on 'The Times'  with Arellano told him that  the Times needs to be more 'ratchet'  ...

Ratchet is a slang term in hip hop that, in its original sense, was a derogatory term used to refer to an uncouth woman, It has been used in ways similar to the word "ghetto."

The boss told Gustavo that we have to "reach people... and being provocative is good. It doesn't change ethics and values. We've got to reach more people doing the same thing because. We're not doing it.  If we rally together. If we all bring our best game...we have the talent, we can win with the squad we have. We have a championship roster right now."

Merida was at ESPN for years and twenty years at the Washington Post before that.

As for the suggestion that there is more bias in news, not less and a real mishmash of Feelings and Facts. Merida wants the walls to come down. He would like the Times to be offering a Smörgåsbord -- a type of Scandinavian meal, originating in Sweden, served buffet-style with a wide range of both hot and cold dishes of various foods on a table.

He wants the offering to include, obviously, the best hikes, burritos... wildfires, and definitely "how to spot earthquakes."

Merida is apparently, "a big fan of extending opinion with more first-person essays, more commentary in different forms of video and audio."    He says, opinion is a catalyst for understanding and it can stir real debate.

Going forward he intends to be more ambitious on the biggest topics that people are paying attention to.

Arellano asked, "How are we doing financially?"

Despite a 50 million dollar loss in 2020 and a benevolent billionaire, the mission of the Times is also a business.

Merida said of the owner, Patrick Soon-Shiong, "I talk to him as often as I like... he's a very accessible owner."

"What is 2022?  Watch out as we dominate and build our podcast slate... do more with our IP... create ambitious journalism, more mental health, new exciting storytelling, and some surprises.

Our reporting changed the Golden Globes, we dominated the Alec Baldwin..coverage..."

Undeterred, Merida says he wants a real social presence as we create media and social content... we need to create work to bring people the work, where they are.

Arellano wondered, "Are we sacrificing our journalism as we shift and move?"

No, but I saw a tweet about the best coffee shops in LA and was blown away... by all the free and useful content.

Good work telling stories in the newsletters while delivering the news.

I recommend diving deeply into the horoscopes of our local elected officials and windbags, I'm a Taurus. Monica Rodriguez and Nithya Raman could not respond in time and Buscaino's office didn't call back, but O'Farrell's office did not disappoint.  Though, his birthdate is treated like an effing state secret.

Sheila Kuehl is an Aquarius and Eric Garcetti February 4, 1971, Aquarius

Janice Hahn who is Aries leads quite a cluster...

Holly J. Mitchell is Virgo and so is Bob Blumenfield September 13, 1967, Virgo

Nithya Raman is shy about her birthdate.

Monica Rodriguez is low profile on the birthdate reveal.

Mark Ridley-Thomas born on November 6, 1954, is a very stately Scorpio