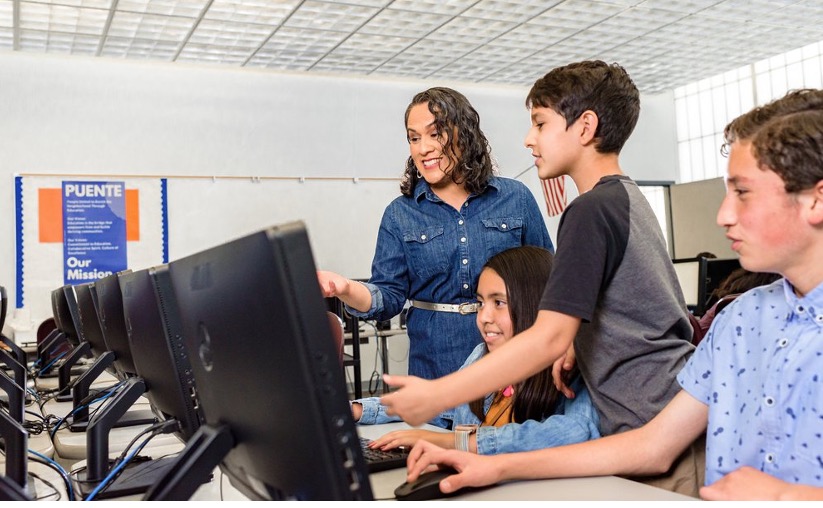 REDQUEENINLA - One candidate for LA Unified’s District 2 board seat (LAUSD2) is fond of asserting she is not “for charter schools” (CS).

That is Maria Brenes, the candidate instead from the Nonprofit Industrial Complex (NPIC).

Because there is no charter partisan in this race, it does appear superficially at least, that the race in LAUSD2 is not an electoral bloodbath as of yore, with the charter school industry and its infinite resources, amassed against the public school teacher’s union, UTLA.

However this simplistic reading of the money, and the candidate’s stated alignment, ignores the underlying values of all the entities in play: public school advocates, the charter school lobby, the “Education Reform” movement, and an array of entities aligned to secure public monies for private gain.

One of the problems is the fuzziness of the term “charter school”, used as an icon for various issues from pedagogy to segregation to privatization. Because it represents different ills and aims to different entities, it is possible to be simultaneously “for” and “against” different aspects of what these schools represent. For example, one could be “against” how CS contribute to segregation, and “for” their iconic representation of a parent’s prerogative to search out the “best” possible school for one’s child. 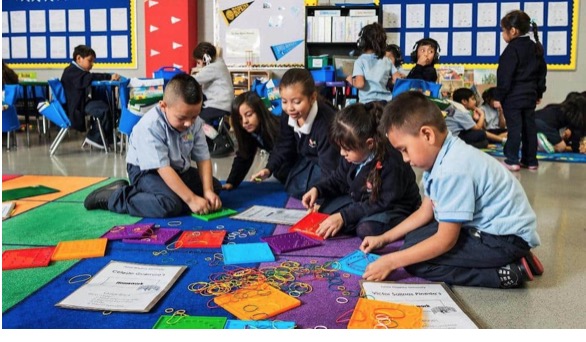 Even the converse is possible, where two different icons can ‘convergently’ represent an element of CS iconography. For example, consider that CS may be icons of privatization-ideology. But this element of school reform ideology is not the only way to privatize public schools, the Education Nonprofit Industrial Complex (ENPIC) is another way to set about this.

And this is why it is hardly reassuring to hear from candidate Brenes that she might be “not for” charter schools.

Because “charter schools” (among other things) are a tool whereby some of the vast cache of public dollars earmarked for education, can be funneled from that public sector, into spaces managed by private interests. That’s what “privatization” is about, the campaign to enable that redirection of public dollars. And that’s what the evidence of Brenes’ campaign contributions shows she is about, too.

Privatization of the public sector is happening across the political spectrum and has been an offensive of long-standing. Think:  the US Post Office and its Trump-appointed postmaster Louis de Joy’s dismantling of it (DeJoy’s private business empire competes directly with the USPS even while its budget has been tampered with for years). Think:  our much-admired, directly-paid medicare system for elders (and the infirm), which is being reformulated with a layer of middlemenincentivized to maximize their profit and not healthcare (providers are paid directly no more, but instead via direct “contract” with private, for-profit interests). Think:  our public schools whose very enrollment and (enrollment-based) funding is threatened by competing schools located so proximally as to sometimes be underneath the very same roof.

These are three examples of how public dollars from public coffers are funneled into private accounts. Within the education sector charter schools are one way to enable privatization. Another way is by growing an economy for an ecosystem of allied “education helper entities,” to which parsed-out jobs are outsourced. This is the middleman paradigm (eg, Medicare’s REACH program of above). Termed a “portfolio model” of business management, it is a way to hold costs down by taking employees off the books: personnel, with all their benefits and pensions and unions and other pesky external costs, are someone else’s problem. The portfolio model aided by ENPIC is another way to transfer money from the public sector that is managed (relatively) transparently by elected, accountable officials, and in the interests of the public, straight into the non-transparent, unaccountable, private pockets of the private sector.

So it is not CS but this outsource-able ENPIC that is the form of privatization Maria Brenes represents. Brenes is the “executive director” of a nonprofit (NP) entity, ICS, which has aggrandized itself by incestuously integrating thoroughly within the fabric of the community’s and school district’s stakeholders. The group spreads presence and influence by seeding members into spin-off and allied communities (eg, SEIU99’s Lester Garcia, who is the protégé of Brenes’ husband and ICS predecessor, one-time LAUSD2 schoolboard member Monica Garcia’s chief-of-staff, and fellow wanna-be schoolboard member in his own right, Luis Sanchez; or any of the numerous NP started by former ICS acolytes). Conversely the group incorporates board and taskforce members from all around the NP grantmaking, philanthropic and political-organizing community. The nonprofit sustains a deeply integrated network of self-supporting entities that exist ultimately in large part to support one another.

Ms. Brenes’ candidacy for school board therefore both seeks to, and serves to, sustain this network, which in turn sustains her.

And while Ms Brenes may not explicitly be associated with CS specifically, among her donors more than half are associated with the “education reform” ideology which manifests itself most visibly in charter schools. This network of donors from the ENPIC comprise more than half of all donations to her campaign prior to 5/21/22, listed in Table 1a [click here for a magnifiable pdf of the table in page-view, or on the hyperlinked caption label below for a magnifiable scrollable pdf] categorized by the source-type of their wealth (donations). Half again of these donations are from individuals in the Education sector and its allied nonprofits, including social justice and education reform and “helper” agencies such as ABC, AdvancementProject, Alder GSE, AZ Regents, BarrioAction, CaliforniansForJustice, CitizenSchools, CityYear, CollegeTrack, CommunityCoalition, CommunityInSchools, Grace, ICS, PowerCalifornia, UnitedParentsAndStudents, UWGLA, YouthOrganizeCalifornia. And there is no paucity of money from the CS lobby or CS themselves, e.g.:  Alliance, CCSA, CWC, Ednovate, Gabriella, GALS, GPSN, KIPP, LACoalitionForEPS, Magnolia, NewVillage, ParaLosNinos, PLAS.

(Sara Roos is a politically active resident of Mar Vista, a biostatistician, the parent of two teenaged LAUSD students and a CityWatch contributor, who blogs at redqueeninla.com.)