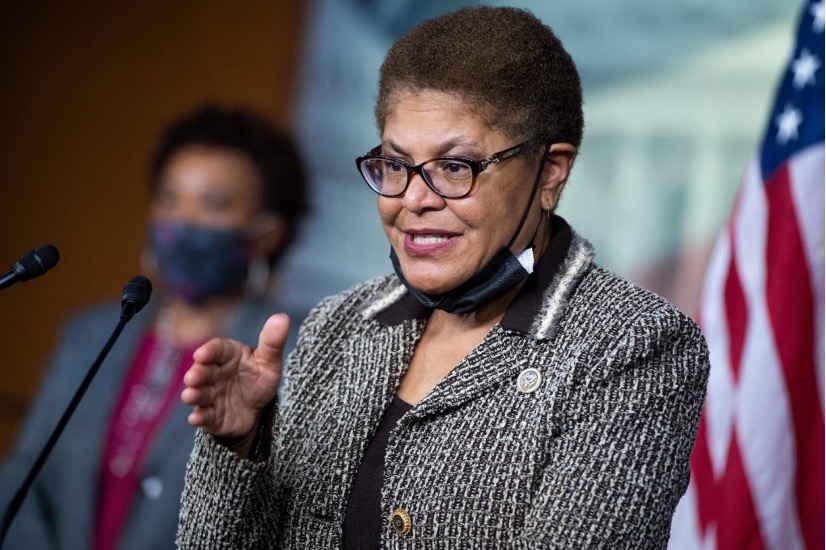 Will her connections and know-how be enough (to end homelessness)?”

While Steve Lopez did not answer the question, my take is that  Karen Bass, like other Mayoral candidates, has too many political blinders to successfully tackle LA’s ever-worsening homeless crisis.

Blinder #1: The Mayoral candidates mostly attribute homelessness to personal pathology.  This is why they call for more mental health outreach funding.  While better support for these public services is welcome, it is only a drop in the bucket since mental illness is NOT a root cause of homelessness.

Blinder #2: The housing crisis is a permanent feature of American society, and its structural causes are economic, not addiction, mental illness, moral failure, or “bad luck,” a term that conceals the forces responsible for homelessness.

Blinder #3: The Mayoral candidates’ remedies, including Karen Bass’s, make the housing crisis worse, not better.  Like the lobbying group, Abundant Housing, that Bass successfully pursued for an endorsement, the candidates claim homelessness results from a housing shortage.  This is why they call for two supply-side economic nostrums popularized by the Reagan (1981-1989) and Clinton (1993-2001) administrations:

While zoning deregulation and privatization boost the profits of real estate speculators, they make the lives of people living in tents and cars or sleeping on couches, sidewalks, and streets much worse.  These Reagan and Clinton era policies not only reduce the amount of low-priced housing through demolitions, but they also pull up housing costs by facilitating new, high-priced, gentrifying high-rise apartments.  This is precisely why older Los Angeles neighborhoods, such as Downtown LA, Koreatown, Miracle Mile, and Hollywood, have so many new, expensive, high-rise apartments next to record numbers of homeless encampments.

For those who want more information about Karen Bass’s approach to the housing crisis, the Steve Lopez column is a good start.  If you want more details, you can also go to her campaign website.  It presents many potential housing programs but ignores the root causes and obvious solutions to the housing crisis.  The role of these appealing but counterproductive free market-inspired proposals is to feign concern while stifling public programs that address the root causes of a chronic housing crisis:

For those who want information about other policies and programs that the City of Los Angeles could adopt to address the underlying causes of its worsening housing crisis, I recommend a January 2021 CityWatchLA article by attorney Brad Kane: Homelessness Now Kills More Angelenos than Homicide – Options to Address the Housing Emergency.  He lists 18 other programs, in addition to restoring public housing and preserving existing low-income apartments.

(Dick Platkin is a former Los Angeles city planner who reports on local planning issues for CityWatchLA.  He serves on the boards of United Neighborhoods for Los Angeles (UN4LA) and the Greater Fairfax Residents Association. Previous Planning Watch columns are available at the CityWatchLA archives.  Please send questions and corrections to [email protected] .)