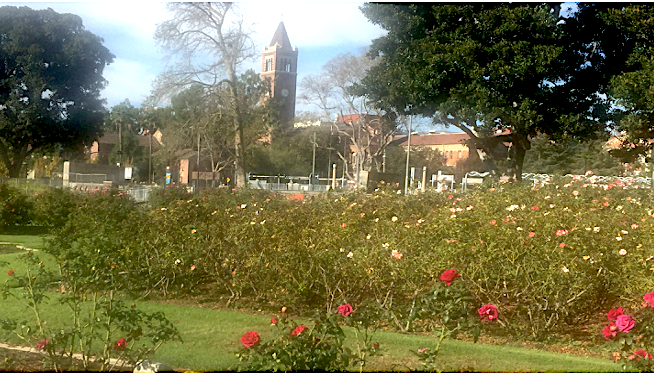 LA REDISTRICTING - Representatives of advocate groups and individuals pleaded for equity, justice and improved economic opportunities in conjunction with community assets, first with the Commission (LACCRC 2021), then the LA City Ad Hoc Redistricting Committee, and finally with the City Council.

On Nov 23, 2021, Councilmember Harris-Dawson moved to amend the LA Redistricting Map as such “the area bordered by Martin Luther King, Jr. Boulevard, the Harbor Freeway, Exposition Boulevard, and Vermont Avenue from Council District 9 to Council District 8.” This motion failed, per the Special Council Agenda. Prior to Council President Nury Martinez calling the question, both Councilmembers Curren D. Price Junior and Marqueece Harris-Dawson deliberated up to the last minute, on whether to retain the economic assets of USC and Exposition Park in Council District 9 or return the Assets to CD 8. Council’s vote resulted with Councilmember Curren Price being the prizewinner.

On December 1, Councilmember Nury Martinez (6th District), moved to amend the Los Angeles City Council Redistricting Map and Ordinance item 17A, as such “the area bordered by Olympic Boulevard, Normandie Avenue, 11th Street, and Vermont Avenue from Council District 1 to Council District 10,” seconded by Gil Cedillo. On Dec 1 the motion was adopted as amended by City Council, on Dec 2 both the City Attorney per Report R21-0366, and clerk.LACity.org.

Next, City Council meeting will potentially hear on Tuesday Dec 7, the 2021 City Council Redistricting Ordinance ATTACHMENT A1. It can be viewed at https://clkrep.lacity.org/onlinedocs/2020/20-0668-s7_ord_draft_12-01-21.pdf

Starting with the public hearings of the Commission then moving to the Ad Hoc City Redistricting Committee and finally the L.A. City Council Hearing on Nov 23, members of the public and representatives of local coalitions voiced their points clearly during public comment on specific council district assets.

Even though, there were few Public Comments voicing opposition to the L.A. City Council District Redistricting Map dubbed “Hybrid Map,” with the reasoning behind that its approval would invalidate the hundreds of hours and energy that went into the creating the LACCRC Final Map. However, more Public Comment speakers supported the Hybrid Map.

On November 23 before the Council’s adoption of the final Redistricting Map, the majority of public comments as can be verified on the webinar supported the Hybrid Map and most of the testimonies taking place were either in favor or not in favor of the current placement of the Economic Asset of USC and Exposition Park to Council.

Other local coalitions as well as individuals took the opportunity to give testimony in support of keeping their communities whole and/or discussion of districts economic assets.

CD TECH--- a grassroots, non-profit organization in South Los Angeles that collaborates in partnership with public entities--- President Benjamin Torres spoke on behalf of the anchor organizations that make up the United Neighbors in Defense Against Displacement (UNIDAD) Coalition which is composed of the Community Housing Corporation (Esperanza Housing),  Strategic Actions for a Just Economy (SAJE) … and other organizations in South Los Angeles that share the same vision and strategies to prevent displacement in South L.A., improve the health of low-income-communities, education, and economic Development.

“The coalition has diligently worked for 15 years in creating community benefit agreements with USC, the expansion of Exposition Park, the Lucas Museum and the stadiums,” Torres said.   “The coalition is asking to keep CD 9 as it currently is, to make sure that these anchor organizations are part of the revitalization of Council Districts 8, 9 and 10.”

“We have been successful in generating Millions of dollars toward affordable housing and thousands of dollars for job training for local hiring. We must continue for agreements and construction of permanent jobs, affordable housing, and in creating small entrepreneurs,” Torres said. “We need to use these anchor institutions for oversight and commitment by District 9 agreements.”

On the other hand, a speaker who did not identify himself said, “Though Council District 9 has twice the annual sales growth receipts, its residents’ have a slightly lower medium income and lower educational attainment compared to CD 8, further the CD 8 area has more private businesses and three times the number of jobs and over twice the average wage.”

CD 8 is the largest black community in the state of California and it has been deprived of equity, said Councilmember Dawson (8th District) during his final testimony. “CD 8 is the last remaining black district and it needs the required sustainability for those residing there; we’ve been looking for resources. Return USC and Expo Park to CD 8,” advocating for city council redistricting equity.

The population of CD 8 was noted as 257, 597 with 34% Black, 57% Hispanic, 3% white, and 2.4% Asian.  It has a 51.1 % percentage of Black Citizen Voting Age, according to the Chief Legislative Analyst Memorandum of November 12. Since then, there have been several Council adopted motions updating the City Council Redistricting Map so the population numbers of CD 8 might be slightly off.

Magdanela Duran, name stated during public comment, explained that District 6 has the highest unemployment rate in the city and “by removing our economic assets such as the Van Nuys Airport, divides our communities ---that have been organizing for 10 years to bring stability, are making progress, and are slowly recovering--- and takes away the opportunity for working families. The airport is a vital logistic hub, an asset that provides retraining and good paying jobs for economic stability,” Duran said. Similarly, the Armenian community in North Hollywood calls for justice.

According to Iflyvny.com, there are 200 businesses locate on the 730-acre airport. “VNY averages over 232,000 take offs and landings annually and financially contributes more than 2 Billion each year to the southern California economy.”

In addition, VNY hosts the “ACE Academy, a free week-long motivational program with career opportunities within the aviation aeronautical industry as well as general knowledge of the Van Nuys Airport.”  Open to middle and high school students with priority given to students residing in the neighborhood area of VNY.”

Further, the Van Nuys Airport Association (VNAA) a non-profit tenant membership organization has dedicated itself to protecting jobs and businesses at VNAA.

I am grateful to the City elected officials and those professionals who volunteered in leading the redistricting process to completion. This was truly engaging experience that providing Angelenos with an enriching learning experience of our city’s diverse communities that we cherish.

(Connie Acosta is a writer and participates as a board member in the Los Angeles Neighborhood Council System.)