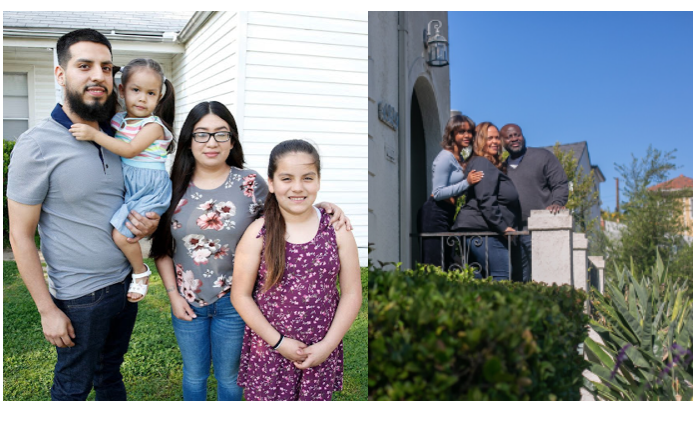 THE DOCTOR IS IN - For the past 20 years I sought to meet the needs of all L.A. City and County residents with respect to transportation, affordable housing, jobs, and just plain being HEARD.

In fact, they're probably farther away than ever...and for the same reasons that Latinos (once called Hispanics), who mostly do NOT use the term "Latinx" and really HATE that term, are treated differently than from other human beings.

Ditto for so many black and Asian residents in our region, who with an increasing desire to get rid of the damned hyphenations than define who they are simply because of their past ethnicity (and which is becoming ever more irrelevant with the increasing number of mixed marriages) want to just focus on the basics of life.

Worsening housing, utility, transportation and food/grocery costs are what are on the minds of every human being I've worked with in the realm of neighborhood councils, mass transit/transportation activism, and everyday care of my patients.

Everyone is hurting because of the rent costs that gobble up by far too much of our paychecks (and all of us without homes are miserable in that regard).

But the reason why the rent burden falls harder among black and Hispanic (is THAT a better word than that damned "Latinx" term?) Angelenos is that the SAME creepshow clowns decrying the plight of those individuals are the ones who promote overdevelopment, overburdening of our infrastructure, and rising everyday costs of living and who are gentrifying the Mid-City, traditionally Black neighborhoods.

Everyone of all ethnicities are paying over the 30% of their paychecks they're supposed to budget for rent. But if Sacramento and Downtown L.A. are the ones CAUSING the rents to go up whilst they decry the the very things THEY did...

...then NO ONE, including and especially Black and Hispanic Angelenos, will get ANYWHERE unless they flee to regions that are more affordable.

And, of course, this crime issue leads to new individuals with a LOT of money taking over and gentrifying the traditionally Black neighborhoods because "making them more livable leads to pushing out the lower/middle income residents who want a safe neighborhood as much as anyone.

And as for gentrification in South L.A., during an era where ALL neighborhoods are seeing homes gobbled by folks with more money than God?

Well, it's the real estate trusts and foreign investors who are doing all that, and with NO comments about who the heck are coming into neighborhoods willing to make house sellers rich while making those houses unaffordable to everyday Joe/Jane Americans.

And it's all over the nation--and it's NOT a supply/demand issue...but the Times just won't talk about that.

So it's worthwhile to ask what the devil is going on with buying up homes with ridiculous offers in South L.A...

...but distracting ourselves from the issues at hand by our obsession about race and race identity.

We're all people, and we're all suffering...but the oversight and ultimate sources of the distraction of our region and nation are presiding over a nation who is being collectively told to "look over there!" while they stick their stilettos between our collective ribs just to gain more power and riches at our expense.