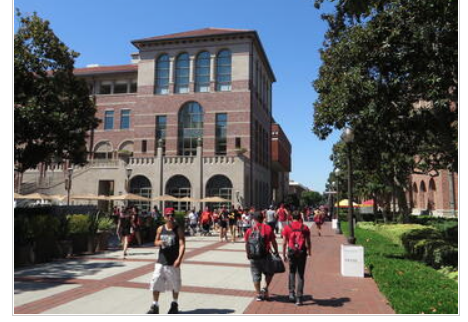 A CAL EDUCATION - Californians rightly pride themselves in leading the nation in numerous areas from stewardship of the environment, to embracing the many virtues of diversity and multiculturalism, to the media and technology magic being created in sectors sprawling from San Diego to and San Francisco.

Californian’s should be equally gratified in their public higher education system, which has transformed the lives of millions and produced incredible public goods for both the state and the world. However, the future of higher education in California may not be as bright if it’s students today are not willing to engage in open discourse.

The Foundation for Individual Rights in Education (FIRE) has just released a new survey about speech on college campuses, capturing the voices of over 37,000 students at 159 colleges. Over 3,000 respondents attend school in California, at institutions including 13 schools from the University of California system, along with the California State system and private research universities like Stanford and colleges like Claremont McKenna.

The FIRE data show that censorship on campuses is quite high nationwide. Seventy-nine percent of students across the country report they self-censor themselves by not asking questions or sharing an opinion at least occasionally or more often. Over a fifth (21 percent) of students nationwide say they silence themselves fairly or very often.

In California specifically, the numbers are not any better. Fifty percent of California’s students report self-silencing occasionally or more often, with 18 percent reporting doing this fairly or very often. This is a deeply disturbing finding, as colleges and universities should be places where beliefs are challenged and ideas flow freely.

Regarding the protection of speech and expression, the results are not very encouraging. Only a third (32 percent) of California’s students believe their school’s administration very or extremely clearly protects free speech – identical to the national average (32 percent). A quarter (26 percent) of students in California report that they do not expect the administration to protect free speech compared to 27 percent of students nationwide.

Far too often, when a controversy emerges over what some may deem offensive speech on campus, school administrations fail to defend the speaker's right to express one’s views. Only a quarter (25 percent) of students nationwide believe their school’s administration would be very or extremely likely to support a speaker’s right to present, while 28 percent say the administration would not defend right to speak. The plurality (47 percent) of students are somewhere in the middle, thinking that the speaker may or may not have speech protections.

The numbers in California are almost identical to those of the national as a whole. About a quarter (26 percent) of California’s students say their school’s administration would be at least very likely to support a speaker’s right to speak, while 25 percent say their administration would be not very or not at all likely to do so. Again, almost half (48 percent) of students in California say their school would only be somewhat likely to defend a speaker’s right to speak, showing that the Golden State is not leading the nation on promoting open dialogue or real diversity of thought.

Finally, when it comes to reacting to speakers that some may find controversial, threatening, or inappropriate, far too many students are open trying to shout down the presentation of ideas in both California and the nation. A third (33 percent) of students nationally believe that it is either always or sometimes acceptable to shout down a controversial speaker, and another third (33 percent) agree that there are circumstances where shouting down is acceptable. Only 34 percent state that shouting down is never acceptable. Again, the California trend is indistinguishable from the national picture: A third (33 percent) of California students say this behavior is always or sometimes acceptable, while 32 percent say it is rarely and 35 percent say it is never acceptable.

As for blocking students from hearing a speaker, 40 percent of students nationwide maintain that there are circumstances when this behavior would be acceptable, 59 percent think that there are no situations where blocking students from a speech would be acceptable. Once again, the California figures are within points of the national average – 44 percent of California students say there are situations where this behavior is acceptable while 56 percent say it never is.

California and its institutions of higher education have rightly earned their reputation as national leaders on many fronts, from promoting social change to technological innovation. But this leadership position will fade quickly if the free exchange of ideas continues to be under threat.

From Ronald Reagan to Cesar Chavez, speakers across the political and ideological spectrums have spoken on California’s campuses – upsetting many, galvanizing movements, and sparking new paradigms of thinking. Students and ideas progress when they are challenged, reconsidered, and develop in the face of dissonance. All Californians should want the free exchange of ideas to continue on campus –fueling the numerous breakthroughs and insights that California’s remarkable schools have become known for over the past century.

(Samuel J. Abrams is professor of politics at Sarah Lawrence College and a nonresident senior fellow at the American Enterprise Institute. This story was first published in New Geography.)