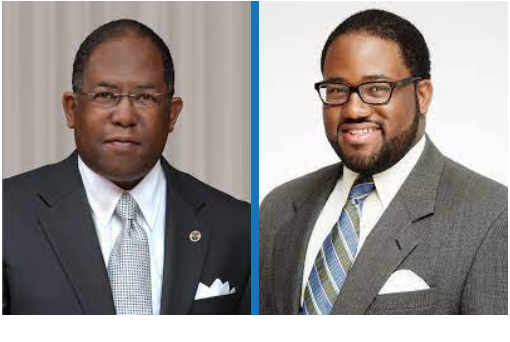 THE DOCTOR IS IN - I have been following the career of Sebastian Ridley-Thomas from a distance ever since he was promoted to the 54th Assembly District in 2013 at the tender age of 27...

(and his much more politically-experienced Culver City Councilmember opponent was smashmouthed by the Los Angeles Democratic Party machine into losing).

I wrote several CityWatch articles about how a very young man with very few credentials could ever be a worthy political representative to as important a location as Sacramento, and I am one of those who started early myself (I graduated medical school at age 24, and finished my dermatology residency at age 28).

Yet I know that emotional maturity and political wisdom does NOT normally arrive into one's 20's, and there's a reason or ten why the President of the United States is not allowed to run before age 35 (and this was established at the founding of our nation, when life expectancy was much younger than it is now).

Those politically aware among the Westside neighborhood councils were, if memory serves me, very much in agreement and alarm at how a very inexperienced young man was rammed through into the State Assembly with the only apparent qualification being his last name and hereditary lineage.

Now-Councilmember Mark Ridley-Thomas originally had a significant role in creating a grassroots-empowering paradigm in the Mid-City of L.A. that the late Westside Councilmember Bill Rosendahl embraced wholeheartedly, and to Rosendahl's credit (unfortunately, Rosendahl's successor Mike Bonin has blown up and destroyed his predecessor's grassroots political paradigm to pieces).

The elder Ridley-Thomas took a political gamble on his son Sebastian (and I am sure that--like any loving father--Mark Ridley-Thomas wanted his son to succeed him and serve his family and namesake well).

Unfortunately, that gamble failed. Sebastian Ridley-Thomas ostensibly resigned due to health reasons in 2017, but the sexual harassment allegations surrounding the younger Ridley-Thomas during his resignation were and are very difficult to ignore. Considering his age and how he was promoted so quickly, the concept of personal immaturity is not difficult to acknowledge.

However, the political machine that is so prominent in California allowed Sebastian to stay in the game, and very soon thereafter the still-youthful Sebastian in this Spring became a Professor of Policy and Social Work at USC.

I have friends and family members who have Master's Degrees in Social Work...that is not an easy degree to get, and can be very expensive to achieve.

And along comes the latest and greatest chapter in the storied arc of Mark and Sebastian Ridley-Thomas:

...in exchange for admitting his son Sebastian into the graduate school with a full-tuition scholarship and a paid professorship.

Twenty (20) counts of indictment have been thrown at that Dynamic Duo by the feds, and both the elder Ridley-Thomas and Flynn face charges of conspiracy, bribery, and mail/wire fraud.

Of course, Mark Ridley-Thomas isn't the only problem in the City of the Angels. He is third L.A. City Councilmember to face federal corruption charges over the last two years.

Yet we keep electing and re-electing these guys.

And it's not like we don't have BETTER Democrats to promote, for those in this region and state who vote and cheer for their political party like it was their favorite sports team. (Of course, the state GOP isn't without its own problems.)

But the two Ridley-Thomas's have done what they've done in plain sight...and yet I have no doubt that either of them will continue to have a bright political future in our Golden State.

Yet for now, let's speak Truth to Power:

And it's always damned ugly.

Sebastian Ridley-Thomas appears to be on his way to pulling both himself and his father down a notch or three in the political world, and perhaps in life itself...but ultimately it's the elder Ridley-Thomas who promoted this Nepotism, and did so full throttle with his allies.

And yet they keep getting voted in to this position or that, which clearly establishes the take-home message that Nepotism is just fine in our city, county, and state.

So will we ever become  "woke" to the concept that Nepotism and Corruption is wrong?

If the past is any predictor for the future, it's rather doubtful.