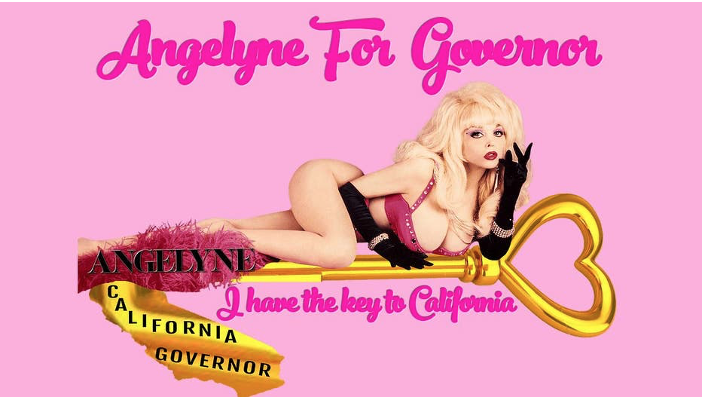 COMMENTARY-I have a dilemma. How can we ensure we don’t get the worst of the worst if the recall passes?

How can we choose among the candidates listed on the ballot to succeed Governor Gavin Newsom? The candidates? Can I say. . .only in California. . .

The biggest problem is that many Californians are unhappy, the legacy of the pandemic, the economy, four years of Trumperism, the wildfires, the incessant barking of the dog next door, the tin ears of the folks in Sacramento. . .

And unhappy people are far more likely to express their feelings at the ballot box than by marching in the streets.

No matter what Newsom has done to help Californians through the past three years, the disgruntled want to vote him out. The omnipresent use of vote-by-mail due to the ongoing pandemic just makes it easier for those who rarely dig themselves out of their Barcalounger to put the current governor at risk for being bounced.

And then there are the 46 challengers on the ballot. Should a majority vote for the recall, it will inevitably mean that it will not be a democratic election but most likely one rigged to allow a few malcontents to advance the leadership of a fringe candidate.

Only 45 are still in the race, since one of the very few with any political experience at all has dropped out for health reasons. The rest of the pack include 23 Republicans, many of whom are promoting repealing the mask mandate and forcing people back to work and school without adequate protection just as the Delta variant is escalating; 10 are of no or little-known party affiliation (including some socialist-leaning ones – quelle horreur!); nine are Democrats, two are Green Party adherents and one is a Libertarian.

Sounds a lot like a partridge in a pear tree, but we don’t expect a partridge to run a state with over 37 million people in a pandemic.

The Democratic Party endangered their control of the state by not taking the recall seriously in first bloom and then by not acknowledging the depth of the discontent that drove it by discouraging any credible challengers from their side of the political spectrum.

And, drum roll please, we have the broadest spectrum of wanna-be contenders as only a California election can serve up: entertainers, lawbreakers, law enforcers and lawyers, teachers and techies, entrepreneurs and farmers, those who identify as religious, a cannabis lobbyist and a hairstylist.

Some have good ideas, some have single-issue platforms, some put forth little reason to elect them at all. While I can get behind practical solutions and common sense, one has to wonder what drought-stricken and wildfire-afflicted Canadians would think of building a freshwater pipeline from Canada to California?

Probably the most credible of the candidates is running to “restore California’s promise of liberty, equality, and opportunity” claiming that Newsom’s “unscientific lockdowns have devastated small businesses.”

While the latter may hold some truth, what about the lives saved by Newsom’s quick action? And would we have a functioning healthcare system today if all of our hospitals had been overrun?

I’d list all their names except that I don’t want to give any of them the publicity. However, since I’ve already used her key art. . .does anyone REALLY think that “By sheer virtue of Angelyne being governor, all citizens will rise to their higher self?”

Yes, each of these should have their opportunity to run but, if you are like me and would be scared to have any of them as governor, vote NO on the recall.

And get your cousins and your aunts, your kindergarten classmates, the recently deceased and the recently released -- yes, people on parole are now eligible to vote, the former maybe not -- to vote NO.

Pull your ballot off your coffee table or out of the trash. If it’s already been recycled, you can request a replacement here.

Vote NO on the recall and be prepared to participate in the far more democratic process starting with the already scheduled primary on June 7, 2022, only seven and a half months after one of the 45 could be sworn in.