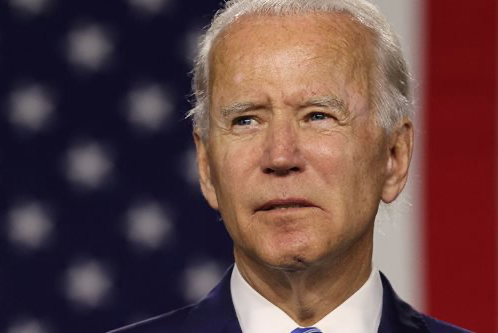 THE DOCTOR IS IN - After dozens of executive orders from newly-elected President Joe Biden, it was obvious that he tried to reverse history and "de-Trumpify" the federal government.

And there's no question that our Afghanistan pullout was arguably needed sooner or later, as Professor Juan Cole so properly pointed out in a recent CityWatch article).

However, the policy has risked and even ended the lives of both Americans our loyal Afghan allies, and remains also an ignoble failure that ranks up there with the horrific debacle we saw when we pulled out of Saigon to end our role in the Vietnam conflict.

The image of Afghans, who depended on America and the West to save their lives, clinging and falling to their deaths on departing American airplanes is as AWFUL and absolutely UNFORGIVABLE as what we saw in Vietnam when Nixon ended that conflict.

Heck, even AMERICANS in harm's way in Afghanistan are stuck there!

Allies and American/Western sympathizers being left to die at the hands of the Taliban? Is this consistent with our immigration policies that emphasize humanitarian refuge to those seeking entrance to the United States to save their very lives?

Even President Trump had to reverse course on pulling American troops from Afghanistan, as some of us who accurately remember the past five years of American policy there remember...and President Trump took it in the chops from those who wanted OUT ASAP, and from supporters and opponents alike.

1) So...YES to the inevitable reality that Joe Biden will be scrutinized HARD not so much for leaving Afghanistan the way he did, and FOR LEAVING SO MANY OF OUR ALLIES TO DIE!

And with the exception of the inexcusable apologists for the Biden Administration, even CNN and folks like George Stephanopoulos deserve ANSWERS from what is inevitable a colossal and life-destroying screwup in the way we left Afghanistan.

2) Ditto for those in Cuba, where Biden's minimal "tough guy" approach has left those with the courage to protest that tyrannical regime with pretty much nothing tangible.

Airlift for those wanting to avoid jail, or who want American freedoms, from Cuba to become new American citizens (or at least residents) like President Carter did? Ditto with Carter's welcoming in Vietnamese refugees to correct President Nixon's ignoble departure from Vietnam?

You know, the post-Holocaust idea of "Never Again"?

3) Ditto for Iranian and Hong Kong protestors, being left alone to die simply because they presumed the United States had their back (I very much appreciate and understand the need to blame President Trump's screwup with respect to our Kurdish allies...because the same criticisms apply there as well).

4) If President Biden is so damned opposed to our policies with Mexican and other Latin American refugees that Trump pushed, and ditto for Syrian refugees, why would we would Biden leave our other friends throughout the world to suffer and die?

Isn't the image of Afghans falling to their deaths from American jets as awful as that Syrian child drowned in the Mediterranean Sea while trying to reach refuge from that civil war?

5) Is the Afghan withdrawal debacle because President Biden is in over his head...or poorly advised...or unable to recognize the hypocrisy of those who presume that America is all right to be the world's policeman in certain nations (like Germany and South Korea, remnants of the Cold War) but not in others (like Afghanistan, Cuba, Iran, and China) to which Biden thinks we can deal with?

Or is President Joe Biden still tone-deaf and trying to deal with those who are anything BUT willing to deal?

Or...even worse...is President Biden treating Latin American refugees in one way while other pro-democracy refugees from all over the world are abandoned to suffer prison, torture, and death...

...because the former group are likely and sought to be future Democrats, while the latter groups likely or at risk of becoming Republicans?

Either way, it's Joe Biden's "baby" all the way...except, of course, for those apologists and "we love the Democrats and hate the Republicans more than we like democracy, America, and Western philosophy" crowd?

As President Harry Truman once emphasized, back when he took risks to create an Israel and stop both World War II and a Russian steamroller over Europe..."the buck stops here" when it comes to the Oval Office.

So, President Joe Biden...is the buck supposed to stop with YOU, or is the tired canard of blaming your predecessor, who took risks to NOT leave Afghanistan even when he wanted to, going to remain your political/partisan game plan?