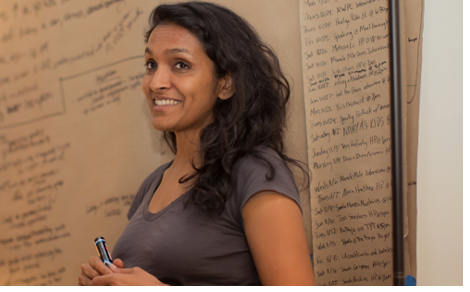 DEEGAN ON LA-This is Number 5 in a series. Councilmember Nithya Raman (CD4) sat silently in the council chamber on July 28, as her colleagues spoke for and against a motion to regulate homeless encampments.

When the motion was first put up for a vote four weeks ago, Raman derailed it with a “no” vote, forcing it into a second vote.

Ahead of the second vote, Raman tweeted that the proposed ordinance was “harmful and illusory,” but provided no corollary saying why, or what she would do that was better.

The re-vote on the homeless encampment motion passed by a 13-2 margin, with Raman and Mike Bonin (CD11) as the dissenters.

Adding complexity to the chronically chaotic city approach to what the City Administrative Officer (CAO) Matt Szabo calls “PEH” (people experiencing homelessness) was the announcement by the CAO, concurrent with the July 28 council vote, that his staff had just completed a draft of a Homeless Engagement Strategy that had been requested by the council.

A preview of the strategy shows a bureaucratic process attempting to win the uphill struggle to arrive at some relief for a so-far insoluble problem.

What the CAO termed as “the beginning of a framework” was immediately referred to the Homelessness and Poverty Committee that is scheduled to take up the plan at their August meeting.

The Mayor and the City Council cannot admit defeat; the public would not accept it. Half of the city council will face voters in 2022; they have to keep acting like they know what they’re doing. The hollowness is obvious. The Mayor is leaving the country, and the several councilmembers (all odd-numbered districts) that are up for reelection next year are desperate for success.

The CAO’s plan enters the mix -- like so many other plans, and billions of dollars in cash over so many years which have promised to provide a “PEH” solution. The homeless street population has become a socially-distancing acronym at City Hall, like beans that are to be counted by administrators.

A taste of the proposed process includes these “strategy” highlights:

So, to sum this up, a homeless encampment can be, or not be, removed at the discretion of the district’s councilperson. Removing a single encampment could take months. The exceptions are the already prohibited encampment sites (near driveways, fire hydrants and doorways) and the “sensitive areas.”

To keep an encampment in place, a councilperson can encourage campers to limit their encampment size to less than ten tents, and house less than 30 people, thus skirting the strategy guidelines all together.

The criminalization approach to homelessness has been replaced with kid gloves worn by 15 council members, each with their own personal agenda for how they want to deal with the homeless in their district. Some will take a gloves-off approach, while others may be more lenient.

No wonder Nithya Raman is silent, but probably smiling.

Read other articles in this series:

Coming soon: Part 6, Raman’s role in the developer threats to neighborhoods that have homeowners telling her, “Not in My Backyard” (NIMBY). Part 7 - A Public Bank for Los Angeles. Additional topics: TBD.