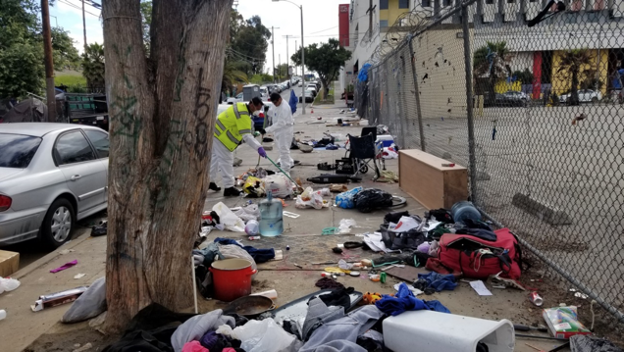 RANTZ & RAVEZ-I have been writing RantZ & RaveZ for a number of years. My observations and comments reflect over 70 years of residency in the City of Los Angeles and neighboring communities.

For those who read my column and call me a bigot or other negative names, I ask why do you read RantZ & RaveZ in the first place? For the record, a bigot is defined in the dictionary as a person filled with stubborn hatred, or a person who is intolerant of any creed, belief, or race that is not his or her own. I am most tolerant of all people and most things. I am a Proud American and believer in the Constitution of the United States of America. I believe in the laws of our land and respect and follow them.

From my earliest days as a child, I have loved the great city where I was fortunate to have been born, raised, educated, employed, and in which I raised a family. A family with successful children and all the blessings and good health one could ask for. A city where people of various ethnicities and religions can live side by side and enjoy the American dream of happiness and prosperity. A city where there is a Church next to a Temple, where people gather to worship God without fear of being attacked. A city with great weather and short drives to the beach, mountains, and desert. A place without snowstorms or floods that wipe out communities. While we live in an earthquake and fire prone region, it is as close to perfect as you can get. (Well, there is also Hawaii and other tourist places around the world.)

But now what I see is a city in decay. We have is a lack of direction and leadership by the elected and appointed officials. Just look at the recent facts. The Mayor Garcetti is hoping to be confirmed by Congress to become the Ambassador to India. He will leave behind a city with a demoralized police department that has shrunk from 10,000 personnel to 9,386 as of July 17, 2021.

He’s leaving a city that lacks resources to maintain an acceptable quality of life for those paying high taxes and living by the rules. A city with crumbling streets and sidewalks and homeless encampments spread throughout the region from San Pedro to the San Fernando Valley, from West Los Angeles and the Pacific Ocean to the Eastern boundaries of the city limits. A city where many people are now afraid to walk in their own neighborhoods during the day and evening.

We have a city with an increasing homicide rate that is nearly 30% higher than last year with 205 murders as of July 17. There is also a 43.2% increase in shooting victims over last year with 782 people shot since the first of the year. Things are so bad that there are multiple movements taking place to recall certain elected officials.

The Recall of some elected officials is moving forward.

We have a city where three of the 15 elected city councilmembers are currently facing Recalls. Mike Bonin who has single handedly led the destruction of the West side of LA by ignoring the expanding homeless population and not working the LAPD or Sheriff’s Department. It will take 27,387 signatures to qualify Bonin’s name for the Recall ballot. If you are registered to vote and live on the Westside of Los Angeles, you have until November 10 to sign the petition to send Bonin walking.

The newly elected Nithya Raman from the east San Fernando Valley 4th Council District, who wants to not only defund the LAPD but abolish both the LAPD and prisons with her radical leftist political agenda. 27,405 signatures are required by November 4 to qualify Raman for the Recall.

The third and latest elected official to face a Recall is LA City Councilmember Kevin de León from the Downtown and Eastern portion of Los Angeles, Highland Park and Eagle Rock communities. The petition is currently under review for approval to circulate. This will require 21,000 signatures to qualify for the ballot.

In addition to the recall actions of three LA  City Councilmembers, there is the Qualified Recall Election of Governor Gavin Newsom set for September 14, 2021. On that day, we will all have the opportunity to decide if we want Governor Newsom to remain in office or boot him out like voters did with Gray Davis a number of years ago.

Will Governor Newsom survive the Recall after passing out billions of dollars to California residents to pay for everything from taking the COVID-19 shot to paying their rents and utility bills for months? We will find out on September 14.

A few reasons why I am voting YES to RECALL Governor Newsom:

National Night Out is an annual event meant to build relationships between community members and law enforcement. This year multiple communities will be holding events across the city. Save the date: August 3. Check with your local police station for details.

Edited for CityWatch by Linda Abrams.