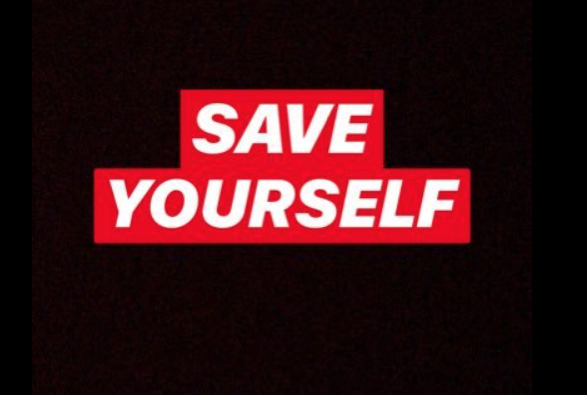 Whether you're freaked out about the Delta Variant of the COVID-19 Virus or not, we're coming out of the pandemic.

Whether you're freaked out about President Biden, President Trump's potential return, Governor Gavin Newsom, Mayor Eric Garcetti, the L.A. City Council, or the future of the Marvel Comic Universe...we're coming out of the pandemic.

If you're able to work, and you're still unemployed, this won't end well for you.

And it won't be Wall Street, it won't be the wealthy, and it will be neither the well-connected and employed among the Republicans or Democrats who have income that will be hurt if YOU follow the course of the "99ers" during the Great Recession who sought--healthy or not, and many of them young Millennials--to milk whatever unemployment benefits the government can give you.

YOU will suffer. Particularly when you either choose to, or are forced to, return to work.

The number of job openings are as high as ever, and if you're not getting in then it should be remembered that THIS presidential administration won't fight as hard to keep foreign workers out of the United States as the previous one.

Entry-level restaurant/small businesses are particularly hurt looking for employees, and despite President Biden's criminally naive suggestion that his stimulus incentive to remain on the government dole is a "bargaining chip" for potential workers...

...because President Biden is ALSO letting in millions of illegal immigrants, and also hamstringing efforts to stop their ability to find work and comply with American immigration law. Ditto with opening the floodgates to more legal, work-seeking immigrants.

It's not hard to conclude that work-seeking immigrants, both legal and illegal, and both white-collar and blue-collar workers, will fill the role that American workers who are "incentivized" to stay at home are abandoning for now.

As with the "99ers", those who had a very large gap in their resume/employment record made employers very, VERY concerned and skeptical as to their work habits and dedication , so if there is an ample supply of foreign workers, those who suddenly want to come back will have to prove whether they were victims or exploiters of the pandemic-induced economic depression.

So, here's a word of caution--and it's not meant to insult one bit: SAVE YOURSELF and get out of the economic pandemic you may have put yourself in before it's too late.

Because if ever you do want to work, and you've waited by far too long with a historically high number of employment openings, you may find you're starting lower on the pay scale than you would otherwise want or need.

Don't wait for your local mayor, governor, or President Biden to save you.

Because that's how it's done, it's always been done, and it always will be done when push comes to shove in this US of A.

SAVE YOURSELF, and please get back to work in any way, shape, or form before you discover the price you pay...like the "99ers" who were penniless and unable to work after thinking they could just jump back in whenever they wanted.

(Kenneth S. Alpern, M.D, is a dermatologist who has served in clinics in Los Angeles, Orange, and Riverside Counties and is a proud husband and father to two cherished children and a wonderful wife.  He was termed  out of the Mar Vista Community Council (MVCC) twice after two stints as a Board member for 8-9 years and is also a Board member of the Westside Village Homeowners Association. He previously co-chaired the MVCC Outreach, Planning, and Transportation/Infrastructure Committees.  He was previously co-chair of the CD11 Transportation Advisory Committee, the grassroots Friends of the Green Line (which focused on Green Line/LAX connection), and the nonprofit Transit Coalition, and can be reached at [email protected]. The views expressed in this article are solely those of Dr. Alpern.)