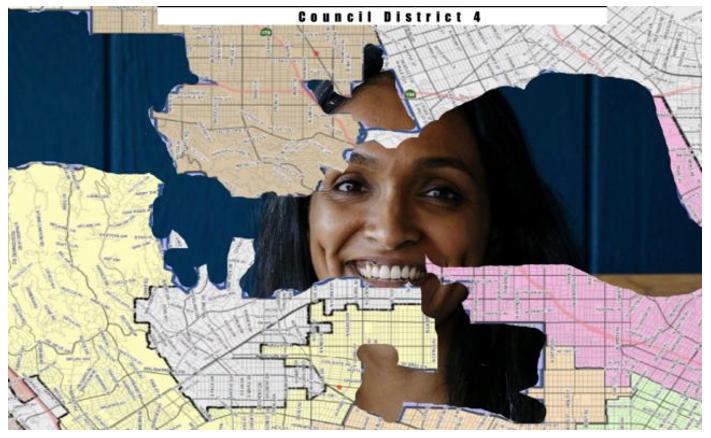 PLANNING WATCH-I have had little positive to write about Nithya Raman, the new Councilmember for Council District 4, who is subject to a recall effort.

In several CityWatch columns I explained why I called her a fauxgressive, a politician with left-liberal packaging to camouflage free market policies.

Fauxgressives, like her, have figured out how to use endorsements from Senator Bernie Sanders and the Democratic Socialist of America (DSA) to disguise their inner Ronald Reagan. This was, in fact, the Councilmember’s winning campaign strategy in the November 2020 election, when she combined Hollywood money with DSA and Bernie Sanders endorsements to beat incumbent David Ryu.

Now, six months later, when examining the Raman Recall Petition, I wonder about the following:

Who is more politically illiterate since the Raman Recall Petition so misses the mark? Is it the right-wing populist forces who wrote the petition, who red-baited the Councilmember, and who ludicrously smeared her as an anti-capitalist, anti-police elected official in the pocket of the Democratic Socialists of America (DSA)?

Or is the DSA-LA the more political illiterate since they have been snookered by a masterful left head fake that they should have immediately seen through? According to the Los Angeles Times, the DSA continues to be a strong opponent of the Raman recall, even though the Councilmember has been increasingly open about her free-market policy positions. Shouldn’t the Councilmember’s stalwart DSA supporters realize that their socialist approach to the housing crisis is antithetical to the Councilmember’s neo-liberal calls for the privatization of low-income housing and the deregulation of zoning. In fact, the DSA Los Angeles chapter published a detailed housing policy document that makes these differences obvious. For example, these excerpts from that DSA document totally conflict with the Councilmember’s trickle-down housing policies:

These and related policies are at odds with Nithya Raman's campaign platform, which contained these neo-liberal (i.e., deregulation of zoning laws) housing proposals.

These trickle-down housing policies are supposed to spur low-income production by reducing construction costs, but they are not paired with explicit and enforced affordable housing requirements – so they don’t work. Another name for this failed approach is supply-side economics, popularized by President Ronald Reagan.

These campaign platform positions are consistent with the Councilmember’s February 17, 2021, letter to the City Planning Commission, in which she called for a more generous Hollywood Community Plan Implementation Ordinance (CPIO) to widely up-zone much of Hollywood:

“On the issue of affordable housing, CD4 believes strongly that the Hollywood CPIO’s incentives should go further than those within the City’s Transit Oriented Communities Program, and thereby serve as a model for incentivizing affordable housing in high-opportunity neighborhoods across Los Angeles. To achieve this, we support more ambitious affordable housing percentages within incentive programs that allow for increased density, as well as the removal of parking requirements for 100% affordable projects. We oppose the proposed height limits on Sunset Blvd. in Corridor 5 and the proposed height reductions on Hillhurst Ave. in Los Feliz and support opportunities for increasing allowable height along these corridors only for projects that demonstrate a substantial commitment to affordable housing.”

For readers who are not clear on the meaning of these excerpts, let me decode them.  If private developers are not saddled with density restrictions and parking requirements, their private-sector projects will become more affordable. So far, the actual results debunk this theory. Zoning deregulation has increased profitability, not reduced rents and selling prices. As for the housing crisis, expensive market projects benefiting from zoning deregulation have made it worse, not better.

What about the actual recall petition? Right-wing populists have a long record of finding imaginary socialists and communists hiding under beds. But their knowledge of progressive politics is so skimpy, that their red baiting is laughable, reminiscent of the cartoon characters, Boris and Natasha, but not as funny. 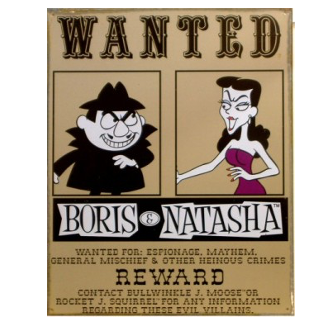 In this case, Councilmember Raman is certainly not a communist since she has never called for employees to forcibly take over factories and offices so they could take control the production process.

The Councilmember is certainly not a socialist since she has never called for government ownership of private companies or privately-owned housing.

The Councilmember is not even a left-liberal like Senators Sanders and Warren, who have explicitly called for increasing the minimum wage and restoring HUD public and publicly-subsidized housing.

As for the Councilmember’s connection to the DSA, guilt by association is out of fashion, especially when the Councilmember’s critics ignorantly portray the DSA as a pro-Soviet group waving hammer and sickle signs. Historically the DSA was an anti-communist, anti-Soviet political organization, and like kindred groups, their symbol is -- quite deliberately -- a raised fist, not a hammer and sickle.

No, the Councilmember is basically a neo-liberal, and the right-wing populists who are leading the recall have a few unexpected things in common with her.

(Dick Platkin is a former Los Angeles city planner who reports on local planning issues for CityWatch. He serves on the board of United Neighborhoods for Los Angeles (UN4LA) and co-chairs the new Greater Fairfax Residents Association.  Previous Planning Watch columns are available at the CityWatchLA archives.  lease send questions and corrections to [email protected].) Prepped for CityWatch by Linda Abrams.