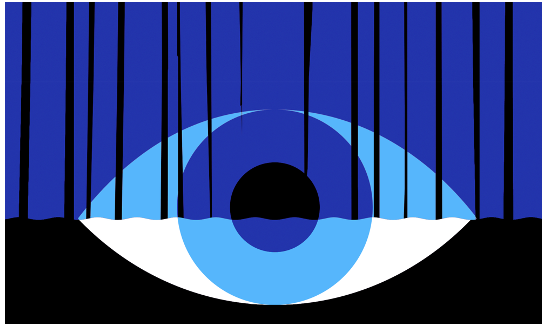 VIEW FROM HERE-The interplay between lies and myths is complex. On the other hand, understanding that in America, white supremacy (WS) is cultural treason is simple.

Initial Caveat: Because WS is cultural treason does not mean that the Dem’s Wokerism (Identity Politics) is not also treason.

As Adam Kirsch shows in his June 14, 2021, New Yorker article discussing Homer’s Iliad and Odyssey, The Classicist Who Killed Homer, myth making rests at the heart of any society. The act of taking the facts surrounding ancient events and forming a national narrative can take centuries or even millennia, but overall, the result represents the society which fashioned it. The Jews, as well as all other peoples, went through a similar process. When the myths are based on events far beyond the memory of any living person, the foundational facts are clouded. The truths, which emerge from the national narrative, set the modus operandi of a society’s culture.

The Trojan War occurred, but that does not mean the events in the Iliad and the Odyssey are facts. If we could quiz someone who lived at the time, they would likely say about various aspects of the epics, “that never happened,” or “it was kind of like that” or even, “Yep, the Greeks built a wooden horse and hid soldiers inside.” The legacy of the Iliad and the Odyssey are not in the factual accuracy but in the cultural values which arose during the myth making process.

The Essence of the American Myth Is Well Known

While it is beneficial to have some understanding of the philosophical trends leading up to the writing of the Declaration of Independence, its meaning is clear. Its core myth has 18 words: “. . . all men . . . are endowed. . .with certain unalienable rights, that among these are life, liberty and the pursuit of happiness.” While these few words fall outside the realm of verifiable fact, they constitute America’s essential truth.

(1) The word “equal” was not quoted above as its function in 1776 was to emphasize the sanctity of each individual. In a world where different individuals had varying rights and privileges based on the class to which they had been born, it was necessary to kill off the pernicious idea that some persons had more or better inalienable rights than others.

(2) The words “by their creator” were likewise not quoted as they did not refer to any religion or to any religious tenet. It was merely a common way to say that a person’s inalienable rights were inherent in being human and did not derive from any man-made institution.

Equality Is Not an Inalienable Right

The Declaration Ended All Forms of Group Rights

When writing the Declaration, Jefferson knew that John Locke’s triad of rights were Life, Liberty, and Property. Slaves were considered property and Jefferson knew that if he used Property, he would be excluding slaves, i.e., Blacks, from having inalienable rights. A piece of property cannot have an inalienable right to liberty. Thus, property was replaced with Pursuit of Happiness. It is doubtful that anyone was so unschooled not to know that the Declaration and the subsequent U.S. Constitution spelled the end of not only slavery but also affirmed inalienable rights to all Blacks as well as all other humans.

“White supremacy or white supremacism is the belief that white people are superior to those of other races and thus should dominate them. The belief favors the maintenance and defense of white power and privilege.”

Jefferson Was No Pollyanna

The near ubiquitous belief that some men where inherently inferior to others was widely held in Jefferson’s age. The Declaration was America’s Alea Jacta Est moment when America had to decide whether to go down the path of group rights or individual inalienable rights. Christianity threw its weight behind group rights with its dichotomy of the saved vs the damned. The Declaration, however, irrevocably rejected Calvinism with its Doctrine of Predetermination where God decided before one’s birth whether one is saved or damned. A government based in individual inalienable rights had to separate the state from religion. Privately, people could hold whatever beliefs they wished.

America’s original motto was E Pluribus Unum, One from Many. The motto recapitulated the Declaration that we were forming one nation from many different individuals of untold backgrounds.   This value gave rise to the Melting Pot Theory, where everyone could retain their own distinctive character while coming together to form a unified whole. Carrots do not become onions.

One would have been taken as simpleton to think that because reality was so radically different from the America’s philosophical goal, that we should jettison individual inalienable rights in favor of system where one group could legally dominate another group. We have seen what becomes of such a system in Nazi Germany. The fact that many White Supremacists are Nazis should surprise no one, nor should one be shocked that many fundamental Christians believe that their religious dogmas should become the law of the land. In America, all calls for group rights are cultural treason, which some people have translated into actual insurrection and treason.

One would think that White Supremacists would be all gung-ho for individual inalienable rights. After all, the Declaration was written by a white man and signed by other white men based on a European philosophical tradition of white men. Later white men used it as the basis for the U.S. Constitution. If WS is true, then the white cream should rise to the top and nothing could be dandier than a nation where each person had inalienable rights. Yet. WS is based on group rights where a particular group has more innate rights than another group and the Whites possess such superior rights that mass murder of others is A-OK.

America First Should Reject WS, Nazism, the KKK, and Wokerism.

The irony of America First movements is that they are based on a repudiation of America’s core value, i.e., individual inalienable rights. Their danger derives from their willingness to use violence and terror to seize control of the government and replace individual rights with a system where one race is superior to all others. That is cultural treason.

(Richard Lee Abrams has been an attorney, a realtor, and community relations consultant as well as a CityWatch contributor. The views expressed herein are his own and do not necessarily reflect the views of CityWatch. You may email him at [email protected]). Illustration: Ben Wiseman.