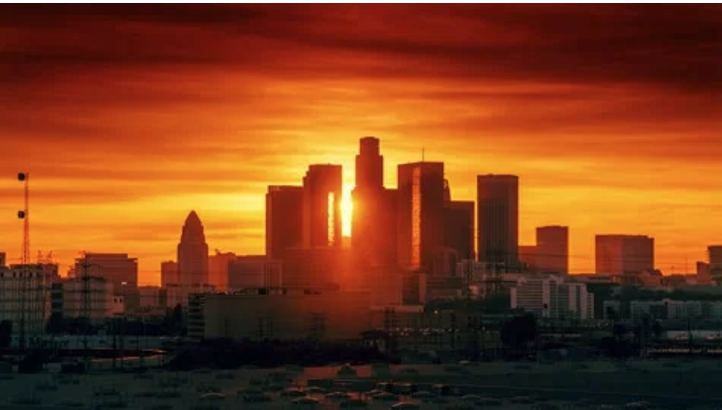 their schemes no longer produce results they want – long term double digit real estate profits. Their multiple giveaways to real estate developers, reinforced through zoning legislation imposed by the California State Legislature, are only stopgap measures. As Los Angeles slowly sinks into its metaphorical Tar Pits, the urban growth machine can still pick away at the bones, but cannot reverse the city’s declining population, failing infrastructure, and growing homelessness.  Furthermore, the chance that the Federal Government will bail out impending real estate failures, like it did during the 1980s Savings and Loan crisis, can no longer be taken for granted.

Population Decline: The latest population data is bad news for LA’s boosters, whether they are elected officials, departmental managers, advocacy organizations, deep-pocketed City Hall lobbyists, or academic and media apologists. For the third year in a row, LA’s population is down, and in 2020 the city lost 52,000 people. Its population has slipped back to 3.9 million people, despite repeated claims by boosters that LA has finally surpassed 4,000,000 people. To put this in perspective, in 2010 LA’s population was 3,792,000 people, even though the 1996 General Plan Framework Element predicted LA would reach 4.3 million the same year. This official population forecast was 500,000 people too high and is still off by 400,000 people. If these trends continue, LA may never reach 4.3 million people, and it could plummet back to the 3.8 million level of eleven years ago.

These demographic trends do not bode well for the city’s boosters, who stick to their weathered scripts: Los Angeles is still a boom town, not an older, fully built out, de-industrializing city. This frayed story remains their rationale for up-zoning -- LA is on the verge of a population boom, and City Hall must therefore prepare by increasing permitted housing densities. Maybe they even believe the newcomers will rent empty luxury apartments, not survive by picking oranges. 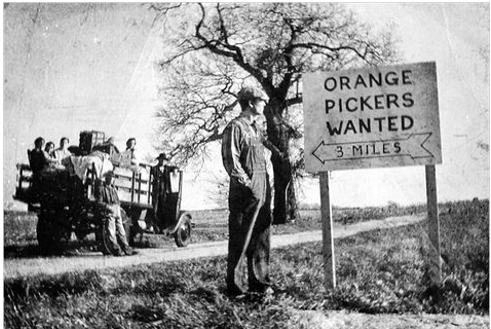 Oklahoma refugees were part of California’s population boom in the 1930s.

Deteriorating Infrastructure. Even with population decline, LA’s infrastructure is crumpling faster than it can be repaired. True, repair crews from private utilities, Water and Power, and the Bureaus of Street Services and Sanitation are perpetually busy patching up old infrastructure systems. But their jobs are never done. Much of LA’s infrastructure dates back to the depression and even earlier. It is well past its replacement date. Furthermore, the key planning documents that are supposed to track LA’s infrastructure and public services are themselves long out of date.

With such a dismal City Hall record of planning for LA’s infrastructure, no one should be surprised by what lies ahead. According to Elliot Cohen in a CityWatchLA article, LA’s infrastructure is rapidly ageing, beginning to fail, and the situation will become much worse over the next 15 years, especially when wildfires and earthquakes overwhelm Los Angeles. Cohen’s research revealed:

“Estimates from the DWP in 2017 estimate that fixing the water system at $1.3 billion, and planned electrical fixes will cost $4.5 billion, according to the agency. The same report states that eight of the utility's 70 high-voltage transformers were past their 50-year lifespans.”

Homelessness:  A third indicator that LA’s boom years are over is the rise of homelessness.  Despite the boosters, Judge David Carter’s recent 110-page decisions revealed that homelessness has existed in LA since the 1930s, but it has entered a qualitatively different period. Despite voter-approved Measures JJJ and HHH, the number of homeless people, encampments, and deaths keeps rising. This conundrum is not hard to unravel, however, since the City’s approach to homeless is based on programs that make the housing crisis worse, not better.

Up-zoning, whether through discretionary actions, zone change ordinances attached to Community plans, on TOC Density Bonus incentives, increase the value of residential and commercial property since it allows for denser by-right apartment buildings. Since up-zoning increases the cost of land cleared for in-fill projects, it raises housing prices. When the need for private real estate investors and developers to maximize profit is factored in, new housing becomes expensive. Expensive housing, in turn, pulls up the rents and selling prices of older homes and apartments in nearby neighborhoods.

Furthermore, these infill real estate projects require cleared building sites, a primary cause for the demolition of 27,000 lower-priced apartment over the past two decades. Most of these lost apartments were rent-stabilized, and their demolition permanently reduces the inventory of low-priced housing in Los Angeles.

Can the boosters restore Los Angeles as a boom town? Los Angeles is not about to become boomtown 2.0 because the era of cheap urban land is gone, and the cost of cleared infill sites and replacement projects is expensive, even with City Hall’s giveaways to developers. Plus, the deindustrialization of Los Angeles, combined with growing economic inequality, caps the number of high rollers and middle-class consumers who can buy or rent luxury apartments in the high rise buildings favored by developers and elected officials.

It is possible, however, to rectify two causes for LA’s steady decline:

First, 50-year-old General Plan elements for LA’s infrastructure and public services must be quickly and thoroughly updated, integrated into the rest of the General Plan, linked to the City’s operational and capital budgets, and then monitored and frequently revised. This is a tall order for local officials who assume – without a shred of evidence – that LA’s aging infrastructure can indefinitely support greater population density and building intensity.

Second, the City must end land use practices that make the housing crisis worse, especially up-zoning and density bonuses, camouflaged by the baseless claim that more expensive housing brings down the cost of housing. Instead of aggravating the housing crisis by up-zoning, City Hall must finally pursue policies that result in more low-priced non-market housing and more consumer purchasing power for the victims – not the beneficiaries -- of the housing crisis.