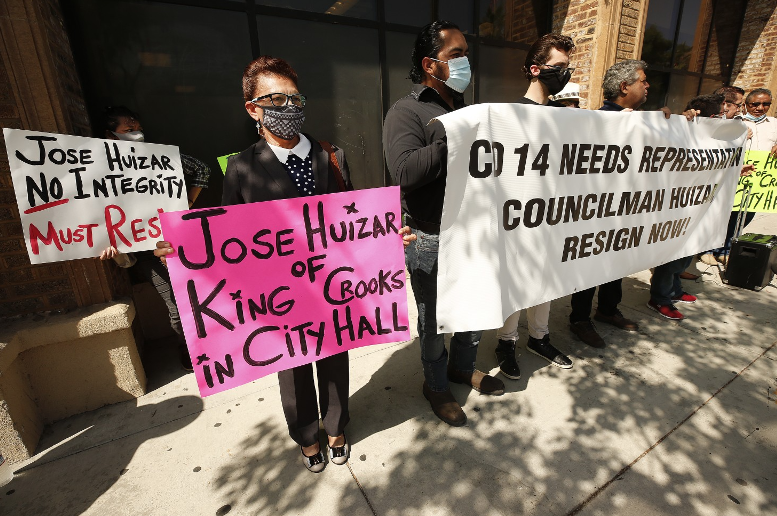 PLANNING WATCH--Los Angeles, like the rest of the United States, is obsessed by crimes perpetrated by people at the bottom of society.

This country has four percent of the world’s population and 22 percent of its prisoners, most of them from poor backgrounds.  Petty crime stories are a staple for local news shows and electronic bulletin boards, like NextDoor.  Every Amazon package thief, dog poop scofflaw, and mailbox rifler can count on a long list of hostile comments.

Even though petty crimes make for bold headlines and alarmist social media posts, white collar crime, what Woodie Guthrie called robbing you with a fountain pen, is where the real money lies.  For example, the Federal Government spent $125 billion to settle the savings-and-loan bank scandals of the 1980s.  One high profile case, Irvine-based Lincoln Savings, ensnared five US senators and sent the lead crook, Charles Keating, to a Federal penitentiary.

The total cost of this forgotten crime wave, $160 billion in 1994 dollars, would now be $286 billion.  Needless to say, this is more than pilfered packages and stolen bicycles.

To his credit, USC sociologist Barry Glassner has methodically debunked these irrational fears about petty crime, identifying the media outlets that create them.  Prof. Glasser then compares these phobias to truly rational ones, especially climate change and economic inequality (a major factor responsible for the housing crisis), that are systematically downplayed by the same mainstream media.

For those who care to look, though, there are three forms of high-priced and rarely reported lawless behavior at LA’s City Hall that undermine Angelinos’ quality of life:

This type of robbing people with a fountain pen is where the serious mischief takes place.  Unfortunately, it takes solid investigations to unravel the ordinances that allow lucrative real estate projects to eventually sail through City Hall without bundles of hundred-dollar bills to grease their way.

How does these rarely prosecuted crimes jeopardize the public?  While this list is hardly complete, it should give readers an idea how they are victimized by City Hall corruption.

If you ever wonder who the major crooks are in Los Angeles, remind yourself to look up, not down.