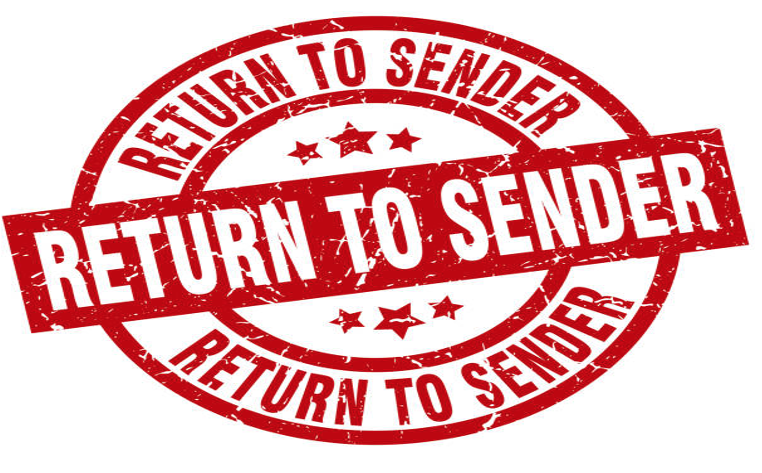 If LA’s voters adopt it, her measure would dramatically alter the Los Angeles Municipal Code’s planning and zoning provisions, largely to benefit real estate investors.  Why Councilmember Martinez does not opt for a straight-forward City Council-adopted land use ordinance – instead of a problematic ballot measure – is not clear. Most likely she feels trapped between a public wary of developer giveaways and the real estate interests that dominate Sacramento and LA’s City Hall.

This is the essence of the Martinez motion to quickly update the LA’s zoning code and possibly its 35 Community Plans.

Even though the Martinez motion is based on eight fundamental flaws, her City Council colleagues have tacked on friendly amendments. They apparently believe the fable that real estate investors can maximize profits without triggering gentrification, displacement, economic inequality, climate change, and luxury housing.

Flaw #1. Plans and zones are not the same thing.  Plans are mandatory policy documents that the Los Angeles City Charter and the State of California General Plan require. They have little control over zoning, other than Plan Designations (broad categories of similar zones). Plans are implemented by City-Council adopted ordinances, which is why LA’s Community Plans have jumbo-sized zoning amendments attached to them.  In contrast, LA’s Transit Oriented Communities Guidelines have only been approved by the City Planning Commission. The City Council did not adopt them as an ordinance, even though the Los Angeles Municipal Code (LAMC) improperly folded them into LAMC Section 12.22 A.31.

This slight-of-hand is one reason why the non-profit, Fix the City, has legally challenged the TOC Guidelines. 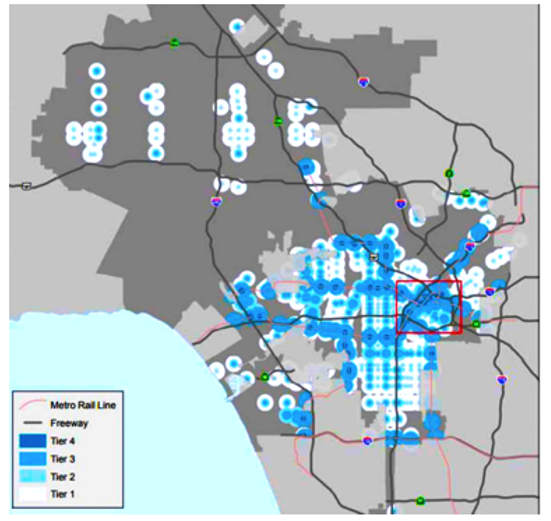 Official map of TOC Guidelines and Tiers in Los Angeles.

Flaw #5. TOC Guidelines transfer the power to adopt Zone Changes from the City Council to the Department of Building Safety (LADBS). If a project applies for TOC Base incentives to increase residential density, expand building mass (FAR), or reduce parking requirements, the Department of Building and Safety administratively reviews and approves these density bonuses.  Unlike discretionary actions, these LADBS ministerial approvals do not trigger public notices, hearings, written determinations, and rights of appeal.

Flaw #6. LA’s available zoning vastly exceeds LA’s Regional Housing Needs Allocation (RHNA). The City of Los Angeles does not require the TOC Guidelines, either in their present form or amended, to comply with SCAG’s Regional Housing Needs Allocation (RHNA). Despite the Martinez motion, Los Angeles has an enormous amount of under-utilized zoning.  This available zoning capacity far surpasses the up-zoning imposed on Los Angeles through SCAG’s RHNA allocation.  According to the General Plan Framework’s EIR, Chapter 7, LA’s existing zoning could accommodate between 1 to 1.76 million more apartments.  This is far more than the 455,000 new housing units that the Southern California Association of Governments assigned to Los Angeles. The rub is that 200,000 of these new units must be limited to very-low- or low-income Angelinos.

Flaw #7. TOC Guidelines can never fill LA’s affordable housing gap. They up-zone individual parcels, and this up-zoning increases their market value.  This, in turn, leads to the highly profitable rents generated by the new apartments. Depending on the private sector to voluntarily build 200,000 units of missing below market housing is a flight of fancy. Furthermore, City Hall fully recognizes this reality because no City employee is ever assigned to field check the existence of these promised low and low-income rental and their vetted low-income tenants.

The reason is not hard to find. Low-income is defined as 80 percent of the Median Family Income (MFI) and very low income is 50 percent.  In Los Angeles County Median Family Income is $77,300 per year. Since housing costs are limited to 30 percent of income, the maximum low-income rent should be $1,546/month for a two-bedroom apartment and the very-low-income monthly rent should be $966/month.  Considering that the average rent for a two-bedroom apartment in Los Angeles is $2,654, the TOC Guidelines barely produce any low- and very-low-income apartments. According to the Department of City Planning, between 2016-2020 the TOC Guidelines resulted in 27,280 building permit applications for extremely low- and low-income housing units.  According to City Controller Ron Galperin, only a few of these building permits resulted in low-priced apartments rented to verified low-income tenants.

Flaw #8. Voter adopted TOC Guidelines will not upgrade LA’s dilapidated infrastructure. It is highly unlikely that any version of the TOC Guidelines will meet LA’s enormous low-priced housing deficit, about 600,000 units. It is even more unlikely that TOC Density Bonuses will create missing high-paying jobs, parks, open space, mobility improvements, and public improvements through expensive Community Benefits Agreements. This is because there is no TOC requirement that density bonus recipients must pony up additional fees for job creation, expanded parks and open space, transit services, and upgraded sidewalks and bike lanes. If a Martinez ballot measure added this requirement, new housing would become even pricier.

While the City Council continues to fumble the Martinez motion, the ball is in the court of the public to demand that developer giveaways be replaced with genuine programs to build low-priced housing.