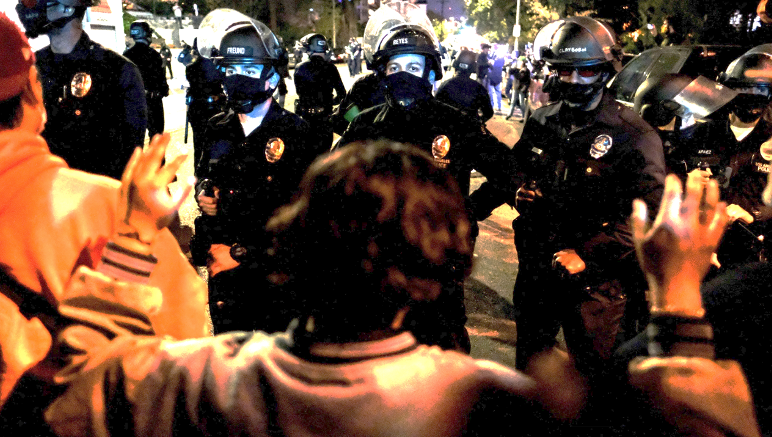 The ideological descendants of Ronald Reagan’s trickle-down economics, even those who are mainstream Democrats or who pose as “progressives,” are in one camp. They claim that the deregulation of local zoning laws will eliminate homelessness. As I have repeatedly explained in previous Planning Watch columns, their neo-liberal approach is based on duplicity, and it makes the housing crisis worse, not better.

The other camp believes there is an elusive formula that local officials could pursue to solve the homeless crisis. While these officials could undoubtedly do a better job, their critics never reveal their solution. Instead, they repeatedly call on the LAPD to evict homeless encampments from their communities. In doing so, they close their eyes to the displaced homeless, who quickly relocate to other neighborhoods.

Searching for a rationale to justify these police crackdowns, local activists usually claim that homeless encampments are filled with drug-crazed addicts. According to them, cities offer decent treatment and housing options, but the homeless prefer to live a care-free life of crime, languishing in tents, cars, and blankets rolled out on sidewalks. Therefore, they insist that the police must protect local communities from these dangerous criminals. Like the up-zoning proposals, this unleash-the-cops approach also makes the homeless crisis worse because it sweeps its underlying causes underneath the carpet.

What both groups agree on:  Even though the two camps despise each other, they have much in common. They not only blame local politicians for the homeless crisis and forget that homelessness is not a crime, but they also ignore these structural causes of the housing crisis.

Considering this long list of structural factors responsible for the housing crisis, it seems obvious that we should stop relegating homelessness encampments to LAPD SWAT teams.

LAPD massing to force a homeless encampment out of Echo Park in Los Angeles.

To this end, in a recent CityWatch column, Brad Kane, John Mirisch, Larry Gross, Better Way California, and this author offered detailed programs that treat homelessness as part of the housing crisis. These are some of those housing proposals:

In addition to these basic programs, former Beverly Hills Mayor John Mirisch has offered a 14-point program to increase the supply of low-income housing, including his call to address the root cause of the housing affordability crisis, income inequality, through a corporate wealth tax.

Brad Kane, President of the South Carthay Neighborhood Association, has offered a 12-point affordable housing program, including these programs:

Finally, at the national level, the Biden Administration has proposed an intricate set of housing programs. Some, like municipal grants contingent on zoning deregulation should be scrapped. But the other Biden proposals would allow homelessness to be addressed as part of the housing crisis, especially if the final legislation restores public housing programs.

The time has come for the up-zoners and SWAT team fans to focus on the underlying causes and genuine solutions to the housing crisis.

(Dick Platkin is a former Los Angeles city planner who reports on local planning issues for CityWatch.  He serves on the board of United Neighborhoods for Los Angeles (UN4LA) and co-chairs the new Greater Fairfax Residents Association. Previous columns are available at the CityWatchLA archives.  Please send questions and corrections to [email protected].) Prepped for CityWatch by Linda Abrams.