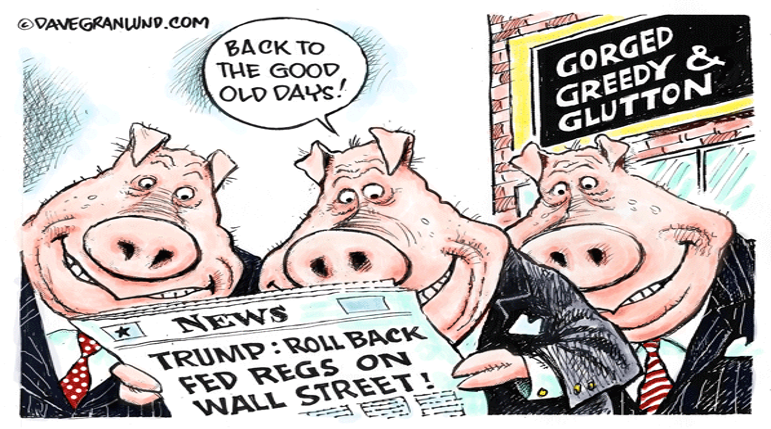 PLANNING WATCH-Political pundits have found a path to job security.

In the red states they reported that when business interests got their tax breaks, rescue packages, and roll back of government regulations, they supported the former president’s political base of anti-abortionists, anti-maskers, anti-vaxxers, firearm fanatics, nativists, and assorted racists. Well-known Trump political donors, such as the Walton, Mercer, and Adelson families, plus another 58 billionaires identified by Fortune Magazine, bit the bullet in exchange for trillions in Federal government wealthfare.

But, in the blue states few pundits have described a similar process. Major commercial interests stomach the Democratic Party’s liberal base as long as it votes for candidates who support the arms, hydrocarbon, and real estate industries.  At the local level this is painfully obvious since 60 percent of all investment assets are in real estate holdings. These blue state political donors and their loyal retainers have learned a simple political lesson. To garner the support of activist groups concerned about racism, climate change and the environment, and homelessness, a few buzz words and dollars can usually seal the deal, especially to portray speculative real estate investors as humanitarians.

The names for the groups that sealed this deal have recently evolved. They now prefer progressive to YIMBY (Yes in My Back Yard), while their critics, like journalist Jill Stewart and retired LA County Supervisor Zev Yaroslavsky, easily see through this subterfuge. They call them WIMBY’s (Wall Street in My Backyard), while other critics have revived a stronger term: fauxgressives. Let me first describe fauxgressives, and then tell you how to distinguish fauxgressives from the true progressives they hope to be mistaken for.

The YIMBY/WIMBY/fauxgressives have learned that in blue states, like California, no one holds a monopoly on the progressive label. An AstroTurf lobbying group only needs a left head fake to pawn itself off as progressive, at least enough to fool some of the people some of the time.

LA abounds with this chicanery. In the Mid-City West Neighborhood Council, representing the Melrose, Fairfax, and Miracle Mile neighborhoods, the pro-development faction calls itself the Progressive Slate. Their campaign platform is filled with catchphrases that appeal to LA’s many reflexively liberal voters: diversity and anti-racism, homelessness and renters’ rights, climate change and sustainability, and arts and beautification. As for their hidden agenda, the deregulation of zoning laws and environmental reviews to benefit real estate speculators, it remains out-of-view.

In reality Measure S did not block any housing – including affordable housing -- that was consistent with the pro-development Los Angeles Municipal Code (LAMC). Nevertheless, the SG&A election ploy worked. Financially dependent churches, construction unions, and environmental groups -- the base of the local Democratic Party’s political machine -- soon joined the corporate enemies of Measure S. The measure lost 2:1, and LA’s housing and environmental crises, as predicted by Measure S supporters, continued their downward slide.

Since these fauxgressives try to deceive the politically inexperienced, here are nine tests to distinguish fauxgressives from real progressives:

While the fauxgressives are here, there is one hurdle their deceptions cannot overcome.  Deregulation makes the housing, transit ridership, and climate crises worse. Conditions are already bad, and if they get their way, Los Angeles will continue its downward slide.

(Dick Platkin is a former Los Angeles city planner who reports on local planning issues for CityWatch.  He serves on the board of United Neighborhoods for Los Angeles (UN4LA) and co-chairs the new Greater Fairfax Residents Association. Previous Planning Watch columns are available at the CityWatchLA archives. Please send questions and corrections to [email protected].