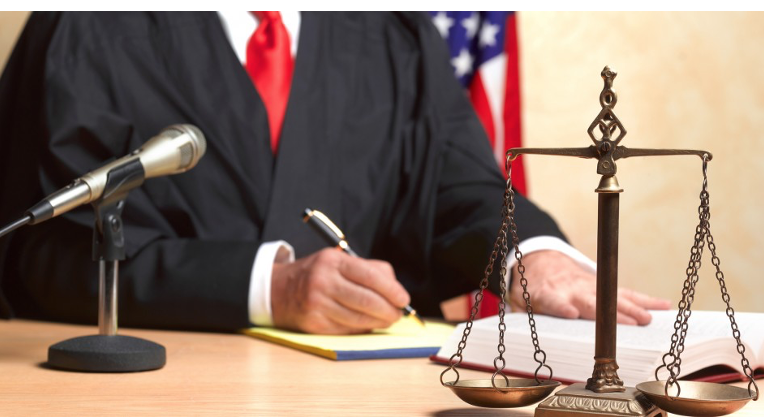 Chief Justice Roberts, defending judicial independence,  said that there is no Republican or Democratic way of deciding cases. In his confirmation hearings he likened judges to baseball umpires, calling balls and strikes, oblivious to the score or the team or the player. There is a certain tyranny in analogy. (Photo above: Led by Mitch McConnell, the Senate Majority Leader over the past four years, Trump managed to appoint 231 federal judges, plus three new Supreme Court justices, an enviable record.(Photo: Getty/Stock Photo/Peter Dazeley)

Trump believed that judges are simply politicians in robes. He thought that they would return a favor like any other politician. That’s the way it went down in Roy Cohn’s Bronx or Fred Trump’s Queens where Donald grew up.

So Trump professed to be astounded when he brought 61 lawsuits to try to overturn the election, and was thrown out of court every time. Predictably, some of the sharpest judicial rebukes came from Democrats; he was amazed, however, when some of the key decisions came from Republicans—even Republicans he had appointed.

No state was blunter in its rejection of Trump’s claims than the Commonwealth of Pennsylvania. In a blistering decision in December a Philadelphia federal appeals court issued a sizzling 21-page ruling repudiating Trump’s effort to stop Pennsylvania’s certification process. “Free, fair elections are the lifeblood of our democracy. Charges require specific allegations and then proof. We have neither here.” These words were written by Judge Stephanos Bibas. The irony is that Judge Bibas was appointed to the bench for life by Trump himself.

Judge Bibas affirmed a district court ruling, which had likened Trump’s suit to “Frankenstein’s monster,” saying it was replete with “strained legal arguments” and “speculative accusations …unsupported by evidence.” Those words were written by an Obama appointee, Matthew Brann, a former Republican official and member of the conservative Federalist Society.

Safe to say, Republicans have not done well in the federal courts. So they have pushed back. Led by Mitch McConnell, the Senate Majority Leader over the past four years, Trump managed to appoint 231 federal judges, plus three new Supreme Court justices, an enviable record. After the impeachment trial in the senate, Trump described McConnell as a “dour, sullen, and unsmiling political hack.” With friends like that, who needs enemies?

Stung by the repeated rebuke of its positions by state court judges, Pennsylvania Republicans have embarked upon a plan to change the entire way judges are selected.

As for the Pennsylvania state courts, the bench is overwhelmingly Democratic. Unlike the case with the federal courts, state court judges are elected for a term of years, and come up through the political process. When the Pennsylvania Supreme Court, which tilts Democratic 5-to-2,  reviewed Trump’s attempt to overturn the state’s election results last November, Justice David N. Wecht spoke for a unanimous court in condemning the gambit as “a dangerous game,” an exercise in futility. Revealing what judges do and how judges think, Justice Wecht stated in no uncertain terms: “It is not our role to lend legitimacy to such transparent and untimely efforts to subvert the will of the people.”

At the Pennsylvania state court level,  the GOP is eager to put its thumb on the scales of justice. Stung by the repeated rebuke of its positions by state court judges, Pennsylvania Republicans have embarked upon a plan to change the entire way judges are selected.

The plan, which would require voter approval in a statewide referendum, changes elections for judges with a scheme to divide the state into judicial districts drawn by the GOP dominant legislature. Under this proposal, the rural conservative areas in the state would place the judges on the Supreme Court and seek to change its ideology. Of course, the GOP drive has triggered an immediate Democratic response called “Why Courts Matter Pennsylvania.”

It appears unlikely that the Republicans can get their act together in the legislature in time to put the referendum on the ballot in May. If they miss the May deadline, there will be an all-out war in November.

The whole scenario is an assault on the justice system. The courts, ever since John Marshall wrote Marbury v. Madison in 1803, are supposed to rein in the legislature when it gets out of hand. Now the legislature is trying to influence how the courts decide cases—a cynical subversion of judicial independence and the constitutional system.

Pennsylvania is the fifth state to try this one. Illinois, Mississippi, Louisiana, and Kentucky have already revamped their judicial systems to provide for electoral districts. If Pennsylvania succeeds, other states will surely follow.

Race is of course an issue. In Texas, Republicans have weakened the votes for judges in certain Black and Latino communities by moving these areas into different districts.

And then there is drop box and mail in voting, the bane of Trump’s existence. In Georgia, Republicans want to ban or severely limit these practices entirely. Arizona doesn’t like mail-in voting either, and the GOP is introducing legislation to prevent it.

Having seen that appointed judges refuse to toe the party line at the federal level, the GOP has decided to employ partisan gerrymandering to change the way judges are elected at the state level. O tempora! O mores!

(James D. Zirin, a former federal prosecutor, is the author of "Plaintiff in Chief—A Portrait of Donald Trump in 3500 Lawsuits." This piece was posted first at CommonDreams.org)