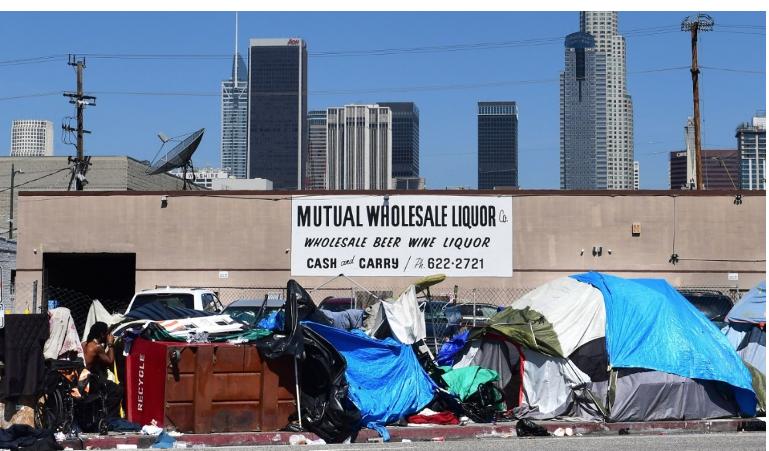 RANTZ & RAVEZ-When you drive around Los Angeles City or neighboring communities in LA County, you will find countless homeless encampments in streets, on sidewalks, in parks, along freeways, and in many other areas in both commercial and residential.

This crisis has skyrocketed over the past few years with no short or long-term solutions forthcoming from either LA City Hall or the LA County Board of Supervisors. Out of concern for humanity and pride in their communities, the formerly working and many now unemployed taxpayers voted to increase taxes to address the tragedy of homelessness that is evident far and wide throughout the region where many of us live, work and play.

These special voter-approved tax dollars, earmarked to address the issue of homelessness, have supported high paid executives and staff with no visible impact on the human tragedy we witness every day in our communities. Many of us have become numb to the situation. We complain about it to our family, neighbors, and friends. We hope for improvements and a permanent remedy for this problem that is negatively impacting more people and neighborhoods every day.

We read about homeless camps in the news and watch TV reports describing the tragic situation. People living in tents on sidewalks amid piles of trash infested with rats and insects, is not something we should tolerate. Channel 4 news has devoted many hours to exploring the tragic story that is impacting more and more people as the months and years pass. This continues with no effective solutions offered by politicians who have been elected to represent us and keep our communities safe.

We are all a boiling point with frequent confrontations between residents, business owners and homeless people living on the streets. The United States Federal Court has entered the fray, hopefully to bring about some effective solution that will help those in need. Only then will we be able to clean up the city and return neighborhoods to a place of safety with pleasant sidewalks where people can walk, and children can play and enjoy all the benefits of the unique communities that make up Los Angeles City and County.

Due to the failures of our officials to remedy the crisis, U.S. District Judge David O. Carter has intervened to find an effective solution. Other than calling for increased taxes, little has been done by local elected officials and bureaucrats. From Mayor Garcetti to the members of the LA City Council to the LA County Board of Supervisors. Lots of talk and spending of funds with little to no success in reducing the homeless population. Responding to a lawsuit, Judge Carter has held hearings and is pressing the City and County to come up with a remedy with real teeth.

Recently, a public hearing was conducted by both Judge Carter and U.S. District Judge Andre Birotte, Jr. Los Angeles City Attorney, the wannabe next Mayor of LA, Michael Feuer, represented the City. Feuer asked, “Is it really appropriate for a court to substitute its judgement for elected officials when it comes to public policy in this city?. . .My own view is that public officials should own that responsibility.” This is the exact statement Feuer made.

The reason the Federal Court has entered the controversy is because local elected officials have failed to solve this out-of-control problem. Wake up, City Attorney Feuer! Open your eyes to what has happened to the region under your leadership as City Attorney. You have failed to represent the people of LA and that is why a Federal Judge is taking the reins.

As a sidenote, the FBI is currently investigating the LA City Attorney’s office in connection with a DWP investigation. This is in addition to other FBI investigations into alleged corruption at LA City Hall.

The fact is, most, if not all, local city and county elected officials have not done their job in protecting residents throughout the region. Such a failure justifies intervention by the courts and the establishment of a court-monitored Consent Decree to correct the homelessness situation.

Consent Decrees are expensive to administer. They hold a specific agency responsible with strict monitoring and oversight by the Federal authorities. Los Angeles has been under a Consent Decree in the past when it was used as a last resort after local officials failed to act in the public good.

This story is far from over thanks to the efforts of Federal Judge Carter.