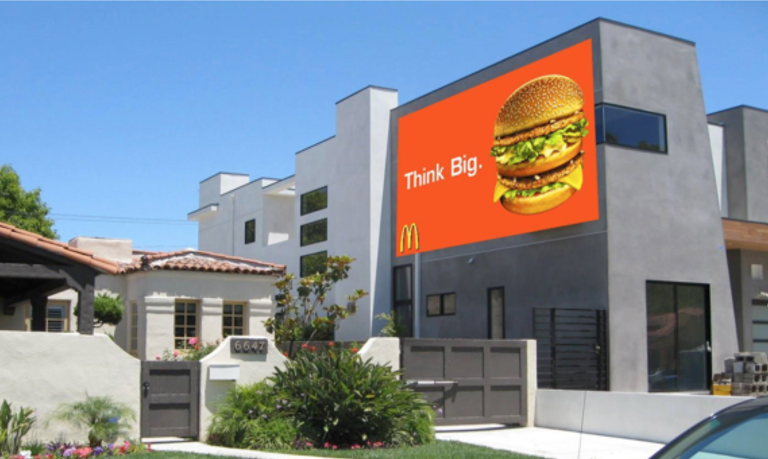 PLANNING WATCH-When I started this column, I devoted many critical articles to McMansions. My Beverly Grove neighborhood was and still is an epicenter of mansionization.

Despite many “anti-mansionization” ordinances, real estate speculators continue to buy smaller, lower-priced homes, bulldoze them, and then build the real estate equivalent of a Big Mac.  They are big, gaudy, everywhere, and replace quality with quantity.

But the McMansions have provided the public with many new lessons about planning in Los Angeles, and, as a result, the case against them is even stronger.

Lesson 1:  Developers follow the money, not social needs. The YIMBY lobbying groups, City Hall officials, and some City staffers claim that if developers are granted sufficient zoning, they will grow the city out of homelessness, rent-gouging, and over-crowding. It turns out this tantalizing, but self-serving notion is totally false. A close look at mansionization in Los Angeles reveals that when investors chase the almighty dollar, it results in expensive, low-density housing. Their McMansions make the closely related housing and transit crises even worse. They disprove the very claims they are supposed to verify.

First, McMansions are built in centrally located neighborhoods where existing zoning allows new houses that are larger than existing homes. Furthermore, in addition to the main house, any developer can also build a 1,200 square foot Accessory Dwelling Unit (ADU), a Junior unit (JADU) of 500 square feet, and even a Moveable Tiny House (MTH) of 470 square feet. Furthermore, ADUs, JADUs, and MTHs rarely require on-site parking and are approved administratively, without any public notices or appeals. But, despite this permissive zoning, as of late 2019 City Hall had only granted 800 Certificate of Occupancy for ADUs in a city of about 600,000 eligible homes.

Second, the mansionizers can also buy a R2 (duplex) parcel, usually with an existing duplex.  Following the logic of profit maximization, the mansionizers typically demolish the duplex and replace it with an extra-large, single-family McMansion. The overall square footage and consumption of energy and materials expands, while the number of residents and housing units shrinks. This is a sharp stick in the eye of those who drone on about the importance of up-zoning single-family houses to become R2 duplex lots – as proposed in California Senate Bill 1120 – to solve the housing crisis.

Lesson 2:  Ordinances that deter mansionization have not reduced home values.  Because investors are frantically searching for alternatives to the stock market bubble and low-interest bonds and Certificates of Deposit, real estate is in high demand. As a result, home values have risen in all neighborhoods, whether they allow or prohibit McMansions. The mansionizers’ predictions that anti-mansionization ordinances would decrease homes values and snuff out new construction are totally false.

Lesson 3:  The anti-mansionization ordinances have been totally ineffective. In the last flurry of anti-mansionization legislation, the Los Angeles City Council adopted several Residential Floor Area Districts and 16 R-1 variation zones. They were supposed to block the mansionization process but have failed. First, they were riddled with loopholes. Second, the Department of Building and Safety (LADBS) and City Council Offices are unable or unwilling to enforce them. For example, in the Beverly Grove neighborhood, over 50 local residents complained to the local City Council office and to LADBS that new McMansions were too tall and/or too large. In every case, the Department of Building and Safety, with the concurrence of the Council Office, ruled that the McMansions complied with the new ordinances.

Lesson 4:  Two very different barriers have successfully blocked McMansions. The first barrier is legal restrictions: Historical Preservation Overlay Districts (HPOZs). In LA there are 35 HPOZ’s, and they totally prevent the construction of McMansions and, therefore, protect existing homes from the bulldozers. But the list of neighborhoods that want an HPOZ is long, and the City Planning office that reviews their applications is understaffed.

The second barrier to McMansions is the existence of racially integrated neighborhoods. For example, many mid-city neighborhoods near Wilshire Boulevard have protective HPOZ’s, while adjacent neighborhoods without an HPOZ, such as the Melrose and Beverly Grove communities, are overwhelmed by McMansions. Close-by, south of Olympic Boulevard, the mansionizers totally ignore homes similar to those a mile to the north.

Why don’t they pounce on these neighborhoods, like they do in Beverly Grove and Melrose? My explanation is that these overlooked neighborhoods are racially integrated, while the neighborhoods to the north are largely white. Apparently, the mansionizers and their investors have decided that those willing to pay $3 to $4 million for a boxy house far too large for its lot, don’t want Black neighbors. These facts speak for themselves, and – at least for now -- racial integration protects neighborhoods from mansionization. 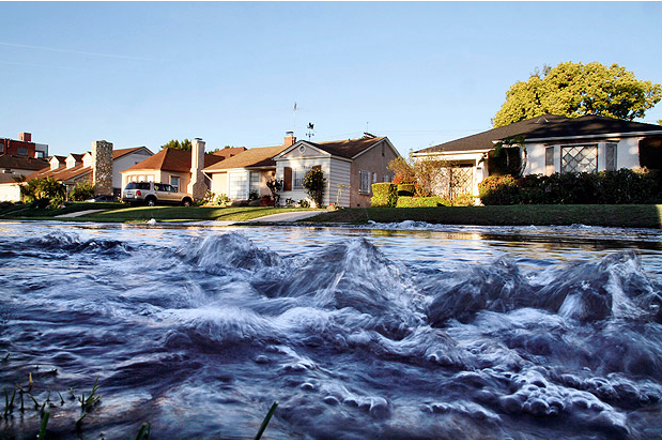 Despite continuous street work and LADWP upgrades to the power grid, the heavily mansionized Beverly Grove and Melrose areas have endless electrical blackouts and burst water mains. This not just because many LA neighborhoods, like these, are nearly a century old. It is because the influx of McMansions, augmented by luxury apartments, has surpassed the capacity of the area’s old infrastructure. McMansions are energy hogs. They are three times the size and cost of the homes they replaced, and unlike those bulldozed houses, they have 24/7/365 heating and air conditioning.  They also have restaurant style appliances and heated pools and spas.

Lesson 6:  Unsold McMansions are used for AirBnB and party houses. Because the Pandemic has killed the market for over-sized, over-priced houses, developers have improvised so their unsold mega-houses don’t drag them into bankruptcy. One strategy is short-term rentals, such as AirBnB, despite LA’s new short-term rental ordinance. Lucky for the mansionizers, City Planning is in charge of this ordinance, and this agency does not have any enforcement authority. As a result, the few planners handling short-term rental complaints are overwhelmed. After commiserating with callers, they can refer their complaints to the Department of Building and Safety, an enforcement agency that colludes with the mansionizers.

To make matters even worse, some desperate McMansion owners have resorted to party houses during the Pandemic to extract some dollars from their white elephants. In these cases the mansionizers lucked out again because the LAPD, Council Offices, and City Attorney plead helplessness to handle public complaints, as previously exposed in CityWatch. If you think blatant violations of the Mayor’s Covid-19 executive orders and the City’s AirBnB law are sufficient for the LAPD make arrests or even break out their clubs and rubber bullets, like they did last summer against Black Lives Matter demonstrations, think again. Neighbors who live near party houses celebrate when LAPD officers eventually show up and ask partiers to tone it down.

Despite these six lessons, City Hall’s blinders to mansionization are again in place. Like before, it will take another grass roots movement to wake up the denizens of City Hall to the real estate hell enveloping Los Angeles.

(Dick Platkin is a former Los Angeles city planner who reports on local planning issues for CityWatch.  He serves on the board of United Neighborhoods for Los Angeles (UN4LA) and co-chair the new Greater Fairfax Residents Association.  Previous Planning Watch columns are available at the CityWatchLA archives. Please send comments and corrections to [email protected]). Prepped for CityWatch by Linda Abrams.