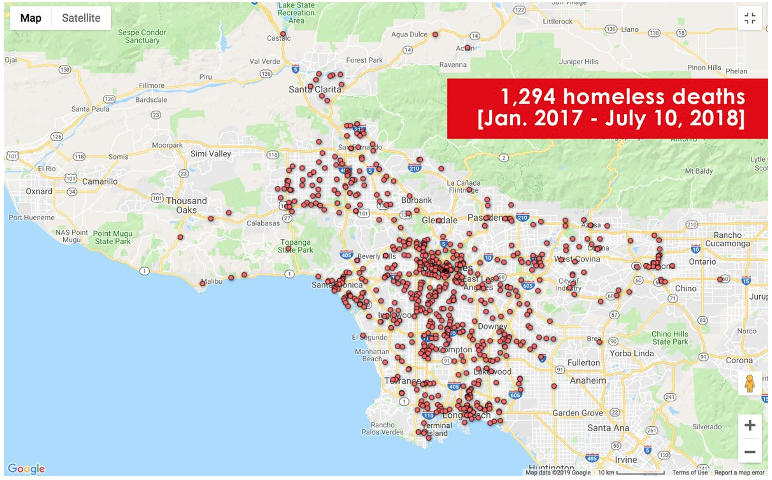 PLANNING WATCH-In recent weeks, many CityWatch columns have discussed the worsening housing crisis, not just in LA, but across this large country.

One reader asked what else can be done beyond ambitious proposals to restore HUD and CRA public housing programs and reduce economic inequality and poverty, two leading causes of the housing crisis. This is a serious question, and Brad S. Kane, President of the PICO Neighborhood Council, and the Carthay Neighborhood Association, offers his personal opinions on options our City should be considering.

1) Treat Homelessness Like a Life and Death Emergency – Call in The National Guard to Build Transitional Tent Communities or Requisition Vacant Residential Property.

Right now, Angelenos are becoming homeless faster than the City is housing them with Measure HHH funds. A federal court injunction prevents enforcement of many “quality of life ordinances” that will only be lifted when the City builds enough transitional housing. The City should ask for state and federal help in erecting temporary tent communities, whether or not they meet the letter of the injunction. The unhoused will have the opportunity for a roof and door, plus essential services and support, within three months. Communities will see an immediate improvement on their streets.

Where traditional free market economics have failed to lower the price of vacant apartments until members of our community can afford them, the City can explore requisitioning or using eminent domain on vacant TOC/Density Bonus apartments that: (i) have been vacant for over six months; and (ii) the rent sought has not been lowered by at least 20% over the same period.  Currently, some luxury housing units priced at $5,000.00 or more per month for a two (2) bedroom apartment remain vacant for over two years.

Plus, the City can buy or lease buildings and parcels that could be reused for emergency housing.

If you have suggestions for such sites, please send an email to [email protected], and we will forward it.

Progressive, tiered vacancy taxes on unoccupied TOC/Density Bonus apartments. Estimated to be 40 to 50% of recently constructed luxury housing, this new tax requires a public vote. We cannot let large developers catering to the foreign investors with no love for our communities hide behind mom-and-pop landlords by applying a vacancy tax too broadly.

Impose a temporary 15 percent tax on the purchase or acquisition of an interest in residential property by individuals who have not resided in the United States for the last five years (whether or not documented), are not citizens or permanent residents of the United States, or by foreign corporations, foreign entities, and taxable trustees.

Repeal provision 34 of the California Constitution, so cities can build their own affordable housing without giving public subsidies to developers.

Offer free repair of substandard/vacant apartments in exchange for a low-cost multi-year lease to the City, which in turn would lease the units to vetted lower income tenants. The length of the lease can be based on cost of repairs.

Since the City has authorized the construction of hundreds of thousands of Accessary Dwelling Units (ADUs) on R-1 and R-2 Lots, the City should create:

8) An Automatic Right of Return for Residents Displaced from Affordable Housing.

Tenants displaced from existing affordable housing should have an automatic right to return at the developer’s expense, including payment of such costs as buying out a former tenant’s existing lease and moving expenses, when the new building is ready for occupancy. 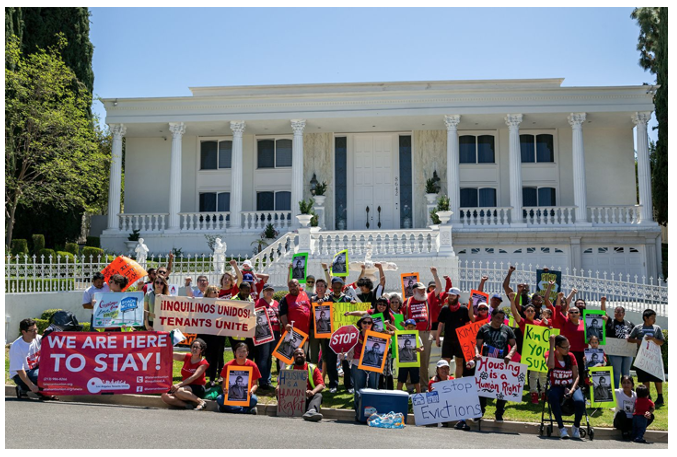 9) A Transparent and Fairer Application Process for the TOC/Density Bonus Affordable Housing Units, Including Physical Verification Inspections by City Staff.

Currently, developers have complete discretion on when to advertise and how to select the tenants, except their income. This means the community rarely perceives any benefit from TOC/Density Bonus Projects. Worse, a developer can game the system by temporarily placing their retired or unemployed relatives, as well as their own underpaid employees in the affordable housing units.

Two (2) options: (i) A public registry website listing the location, availability, and application process for all TOC/Density Bonus Housing units. (HCIDLA claims its Accessibility Website accomplishes this goal, but this list has no TOC/Density Bonus housing unless they are designated as handicapped accessible.); and (ii) Allow City residents to put their names on an official list for affordable housing units built in their community.

Currently, the City’s enforcement of TOC/Density Bonus affordable housing is a simple paper submission process by the developer.  As a result, many property managers of apartment buildings do not even know they have affordable housing units.  This process must be replaced by regular physical inspections of all apartments with low-priced density bonus apartments.

Through the Community Plan Update process, create an infrastructure monitoring system, including funding mechanisms linked to the City of LA’s official Capital Improvement Budget and/or increased State funding for local infrastructure to compensate for housing mandates. Buildings without adequate infrastructure are bad for developers and both existing and future communities. (Since Proposition 13, local governments have increasingly used “development fees” to pay for infrastructure with a result that fees per residential unit in San Francisco are around $180,000.)

SCAG’s predictions for population growth in Los Angeles has been wildly overly optimistic for decades.

Correct inflated SCAG population projections before they are locked in for the 2021-2029 planning period, so policy makers can make better decisions, including calculations of existing available zoning that can be used “as is” for by-right apartments.

Move all land use/zoning hearings to nights and weekends as well as on-line, so more of the public can participate and be heard without hiring lobbyists or having a professional degree.

Developers of  “by-right projects” should be required to have “good faith” meetings with the local community within 60 days of proposing their project to discuss both design and mitigation of impacts on the community facilitated by the local neighborhood council (NC), where applicable.

LADWP stopped tracking vacant units several years ago. To get better data and make better policy, the City should require: (i) property owners to report vacant units; and (ii) all utilities companies to report utility usage that indicates a likely vacancy.

A two-year moratorium on new TOC/Density Bonus incentives to stop developers from waiting for better deals, so developers will build the 100,000 residential units already approved, but not built. To encourage prompt construction, create a five-year expiration date for building permits that do not result in construction and certificates of occupancy.

(For identification purposes only, Brad S. Kane is President of the PICO Neighborhood Council (“PICO NC”) and the South Carthay Neighborhood Association (“SCNA”). The views expressed in the article and do not necessarily reflect the views of either the PICO NC or the SCNA. Dick Platkin lives in the Miracle Mile area and writes the weekly Planning Watch column for CityWatch.  Please send any questions or corrections to [email protected].) Prepped for CityWatch by Linda Abrams.